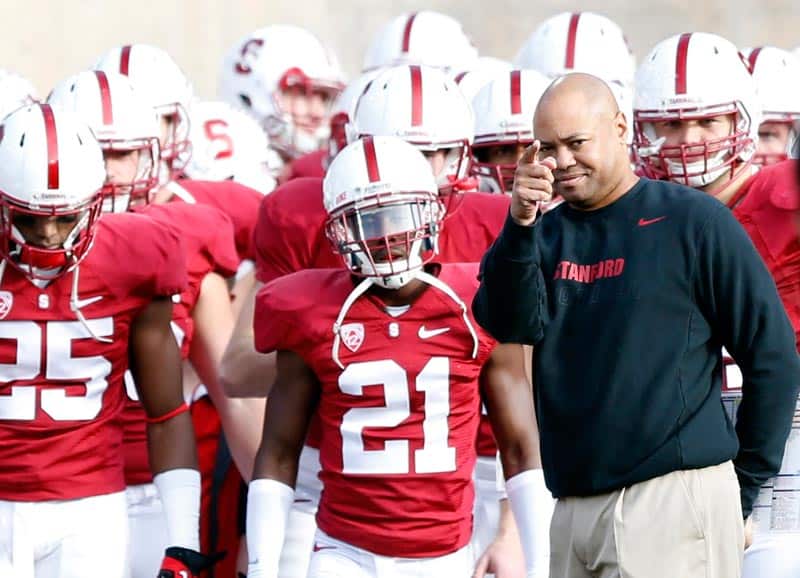 Though bowl games are technically played at neutral sites, one team’s “neutral” is often better than another’s.

It’s a significant variable in football, a sport where the home team has a 57.6% probability of winning, according to Nathan Pinger of the University of Chicago’s Booth School of Business, quoting statistics compiled in Scorecasting, by Tobias J. Moskowitz and L. Jon Wertheim.

Following are the eight bowl teams playing within the closest proximity to their home fields and fan bases this postseason. Each has a hidden advantage, especially relative to their opponent, who in every case has a significant journey to endure.

The Longhorns have a quick, two-and-a-half hour trip down Highway 290 to face old Southwest Conference foe Arkansas for the Texas Bowl.

Texas has also stayed local for its last two bowl appearances, falling to Oregon in last season’s Alamo Bowl in San Antonio and beating Oregon State at the same venue in 2012.

Though the Razorbacks won’t have to travel cross country, it is a nine-hour drive for Hogs’ fans to see their team square off with the Longhorns for the first time since 2008.

Arkansas traveled to the Lone Star State earlier this season when it stomped Texas Tech 49-28 in Lubbock. It hasn’t played in Houston since 1990, when it got destroyed 62-28 by the then No. 6 Cougars.

It’s a quick two-hour, straight shot down I-10 for the Ragin’ Cajuns this postseason, playing in their fourth-consecutive New Orleans Bowl. It’s no coincidence that ULL is on a 3-0 run in bowl play.

For Nevada fans, it’s a daunting 23-hour drive or a costly plane ticket to see their team try and win its first bowl game since zapping Boston College in the 2011 Kraft Fight Hunger Bowl.

The Wolf Pack last played in New Orleans in 1992, a regular-season loss to Tulane.

Wildcat fans won’t have to go far to see their team try and win 11 games for the first time since 1998, requiring only a short two-hour road trip northwest from Tucson to Phoenix.

For Boise State fans, it’s a either a 14-hour road trip or a flight to see the Broncos play in the Fiesta Bowl for the first time since knocking off No. 6 TCU in the 2009 BCS version of the game.

Arizona has never played in University of Phoenix Stadium, home of the NFL Arizona Cardinals, which opened in September of 2006.

Another relatively quick two-hour car ride awaits USC enthusiasts, at least those keen to see their Trojans face Nebraska for the first time since 2007.

For Husker fans committed to the road, it’s a full 23-hour ride from Lincoln to San Diego, where at least it will be warmer when they arrive.

USC hasn’t played in Qualcomm since 1992, it was called Jack Murphy Stadium then, when it played San Diego State to a 31-31 tie.

UCF’s campus in Orlando is just short of a two-hour drive west to St. Petersburg, located on the west side of Tampa. It’s also the site of the Knights’ last bowl loss, a 45-24 defeat at the hands of Rutgers in 2009.

For NC State fans, it’s a 10-hour car ride to watch the first-bowl appearance since losing to Vandy in the 2012 Music City Bowl.

NC State has never played in Tropicana Field, home of the MLB Tampa Bay Rays, but visited the area as recently as Sept. 13 of this year when they traveled to Tampa and thrashed USF 49-17.

Arlington is only a short hour-and-a-half drive from Waco, providing Baylor fans their nearest postseason destination since 2009, when the Bears traveled to San Antonio and edged Washington 67-56 in the Alamo Bowl.

For Michigan State, its 18 hours of hard driving or a plane ticket to see the Spartans try and win their fourth-consecutive bowl game for the third time in program history. Michigan State has never played in the Cotton Bowl or AT&T Stadium, last playing in Texas in 2010 when it fell to Texas Tech in the Alamo Bowl.

Baylor hasn’t played in the Cotton Bowl since losing to Alabama in the 1981 edition, but played in AT&T Stadium as recently as Nov. 29 of this season, when it edged Texas Tech 48-46.

Stanford Stadium is only 12.8 miles from Levi’s Stadium in Santa Clara, the new home of the NFL San Francisco 49ers and the first-ever Foster Farms Bowl.

It’s a 344-mile improvement for Stanford fans, who spent that last two postseasons traveling down to Pasadena to see the Cardinal in the Rose Bowl.

Maryland fans will have to buy a plane ticket to see their Terrapins try and win their first bowl game since destroying East Carolina 51-20 in the 2010 Military Bowl. Otherwise, it’s a 40-hour, cross-country road trip stretching the full width of the continent.

Maryland hasn’t played in California since 2009, when it visited Berkeley and lost 52-13 to the No. 12 Golden Bears. The Terrapins have never won a game on the West Coast.

San Diego State is the only team in 2014 that will play its bowl game at its home stadium, a great advantage for a team that is 6-0 this year on its home field.

The United States Navy does have a base located 13 miles south of Qualcomm, but its Academy is in Annapolis, Md., a 40-hour, cross-country drive from San Diego.

This is the Aztecs’ fifth-bowl appearance in San Diego where its 3-1 in postseason play. SDSU fell to Hardin-Simmons (Abilene, Texas) in the 1948 Harbor Bowl, edged Iowa in the 1986 Holiday Bowl (then played in San Diego), beat Navy in the 2010 Poinsettia Bowl and fell to BYU in the 2012 Poinsettia.

This is also Navy’s fifth bowl game in San Diego: It beat BYU in the 1978 Holiday, won over Colorado State in the 2005 Poinsettia, fell to Utah in the 2007 Poinsettia and then lost to SDSU in the 2010 Poinsettia.

Amy, always enjoy your facts. One added note to your Number 1 Status for San Diego State vs. Navy. You mention Navy being 2,651 miles in distance to the game, and that is true in regards to the Naval Academy being in Annapolis, MD, but the largest Naval Base on the West Coast is in San Diego and I’m sure the Navy will be well represented on December 23rd with the Midshipmen who are stationed there. Go Navy, and thanks to all that serve our Nation.