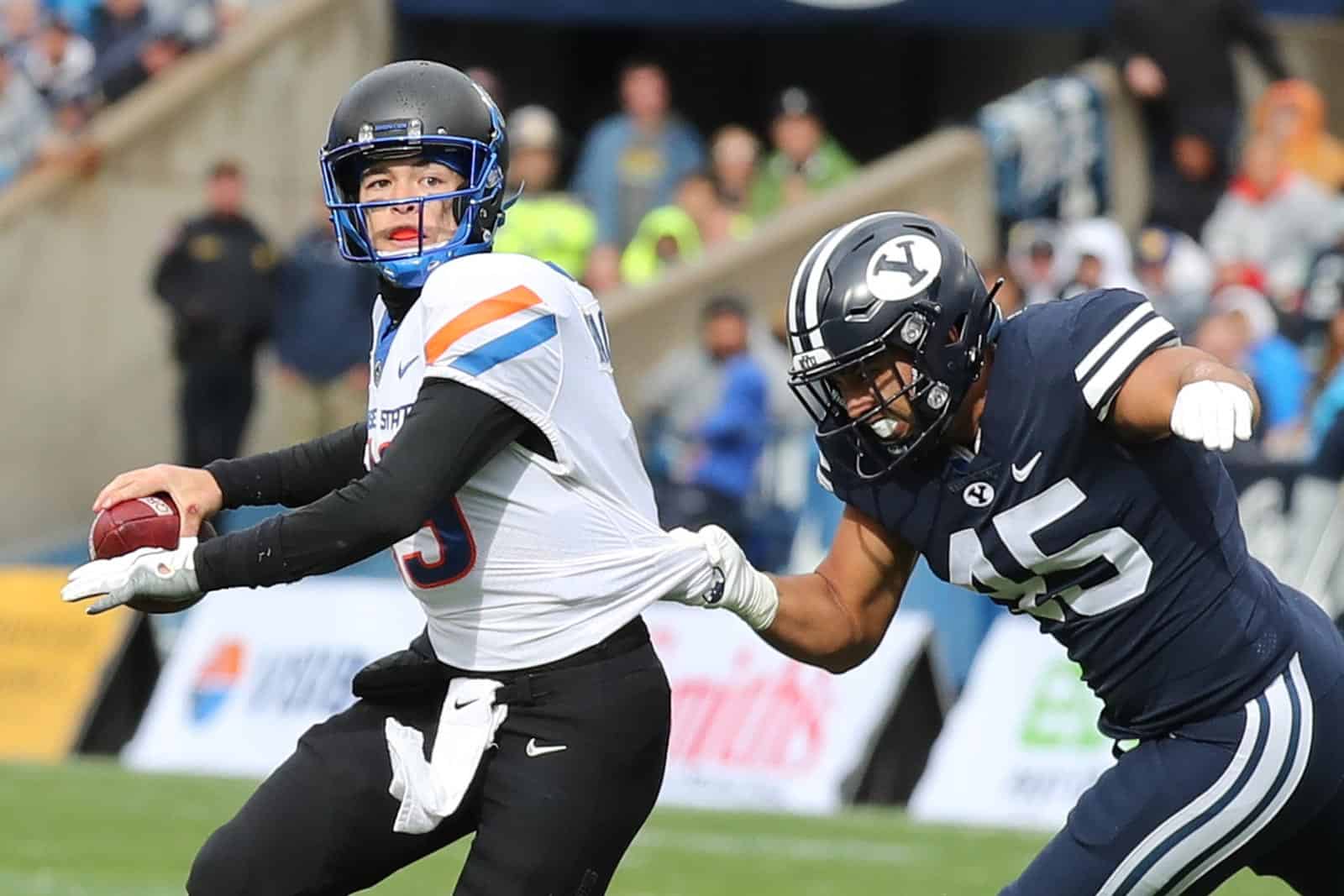 The Boise State Broncos and the BYU Cougars will end their multi-year, home-and-home football series following their contest in 2022, Boise State Director of Athletics Jeremiah Dickey indicated on Twitter on Tuesday.

One more game with them and then done…for now. They have been awesome to work with. Challenging for them as an independent. Utah and Utah State also important to their base. I have hope we can get a H/H in future but they need to figure out Big 12, etc & I completely understand

Boise State and BYU had two games left on a 12-year agreement that was originally contracted back in 2011. Based on Dickey’s “one more game with them (BYU)” statement above, only one of those final two games will be played — the Nov. 5, 2022 contest at Albertson’s Stadium in Boise, Idaho. The Oct. 21, 2023 game in Provo appears to be off.

Both contracts stipulate that no liquidated damages or other fees are owed to the other party if the cancellation results from the defaulting party becoming a “member of another conference, whether currently existing or newly created, that is different from its current conference or independent affiliation.”

BYU is set to join the Big 12 Conference beginning with the 2023 season. As a result, the Cougars are having to trim down their future schedules that included as many as 12 contracted games per season. Fortunately, most, if not all, of BYU’s contracts contain the aforementioned clause which will release them from liability.

While these Boise State-BYU future games are off for now, it’s safe to say the two schools will revisit their series in the near future.

Seems like a good relationship between the schools. And good foresight in including the stipulation of joining a conference in the contracts. The final game should be good.

The two most annoying fan bases in the country with Boise slightly in the lead for #1 (This is where BYUs prohibition of alcohol really helps). They were meant for each other. Hopefully they can pick it up again in the future.

Makes sense that Boise St would be understanding. They’d want the same if/when they get invited to the next step up, conference-wise. And I imagine that they’ll be hoping BYU remembers to mention them after Texas and Oklahoma leave and the Big 12 is debating staying at 12 or whether they liked their brief taste of having 14 members.

(They’d likely be on the short list anyway, along with SDSU, UNLV, Colorado State, USF, and Memphis…?)

They have to be understanding. It was in the contract

Right, but they co-wrote that contract, understanding that both teams were waiting for their break, conference-wise.