Boise State at UNLV football game canceled due to COVID-19 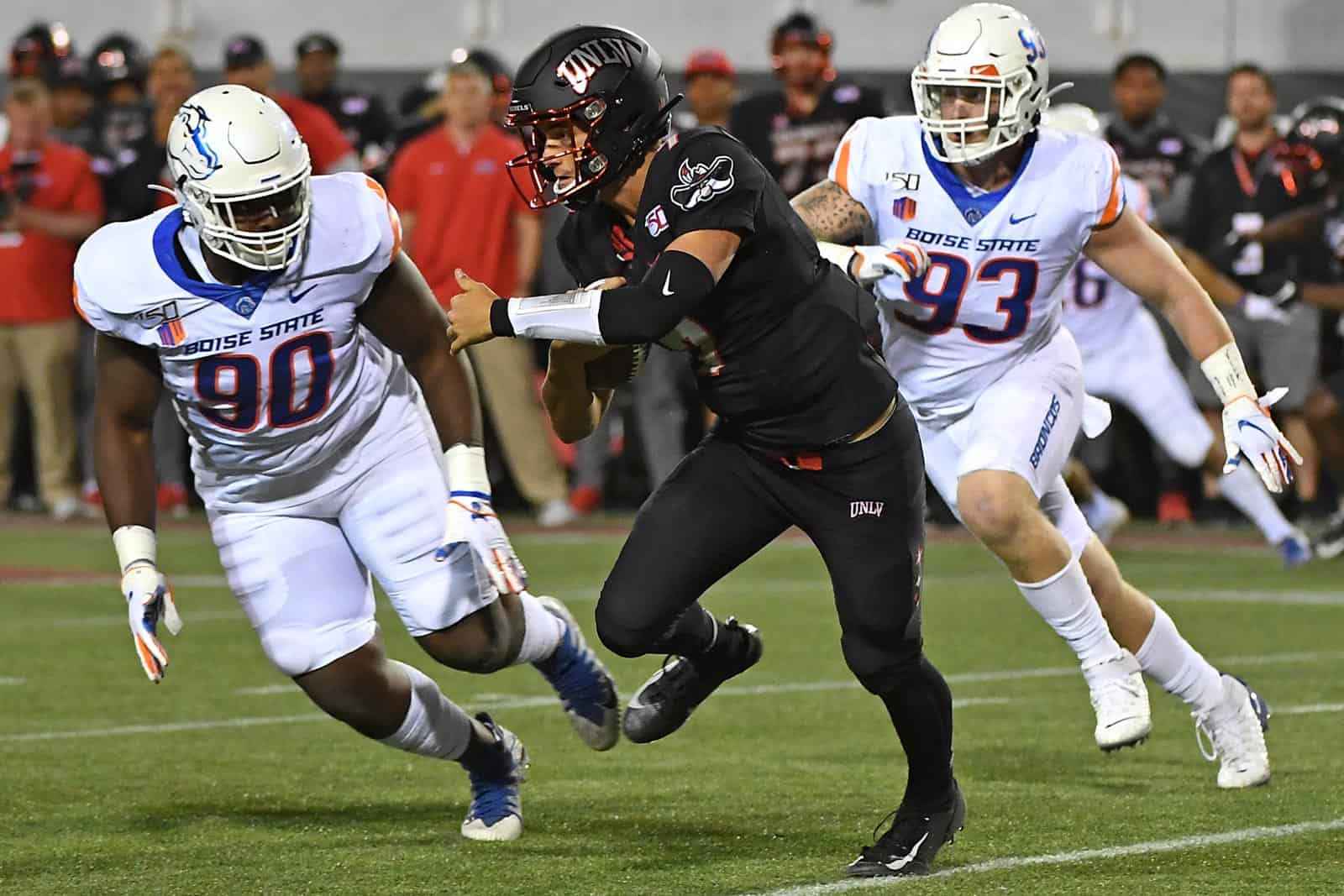 The Boise State Broncos at UNLV Rebels football game has been canceled due to COVID-19, the Mountain West announced on Wednesday.

The two schools were scheduled to meet at Allegiant Stadium in Las Vegas, Nevada, on Friday, Dec. 4, 2020. The game will not be played “…based on guidance from medical personnel and epidemiologists.”

The Boise State-UNLV football game will not be rescheduled and will be declared a no-contest.

This is the second consecutive contest canceled for Boise State following the cancellation of their game against San Jose State last Saturday. Boise State (4-1, 4-0 MWC) is next scheduled to play on the road against the Wyoming Cowboys on Saturday, Dec. 12.

UNLV is 0-5 so far in Mountain West Conference-only play this season. The Rebels are currently scheduled to return to the gridiron on Saturday, Dec. 12 on the road against the Hawaii Rainbow Warriors.

In a related note, the 2020 Las Vegas Bowl has also been canceled, ESPN Events announced on Wednesday. The game was set to feature a team from the Pac-12 taking on an opponent from the SEC.