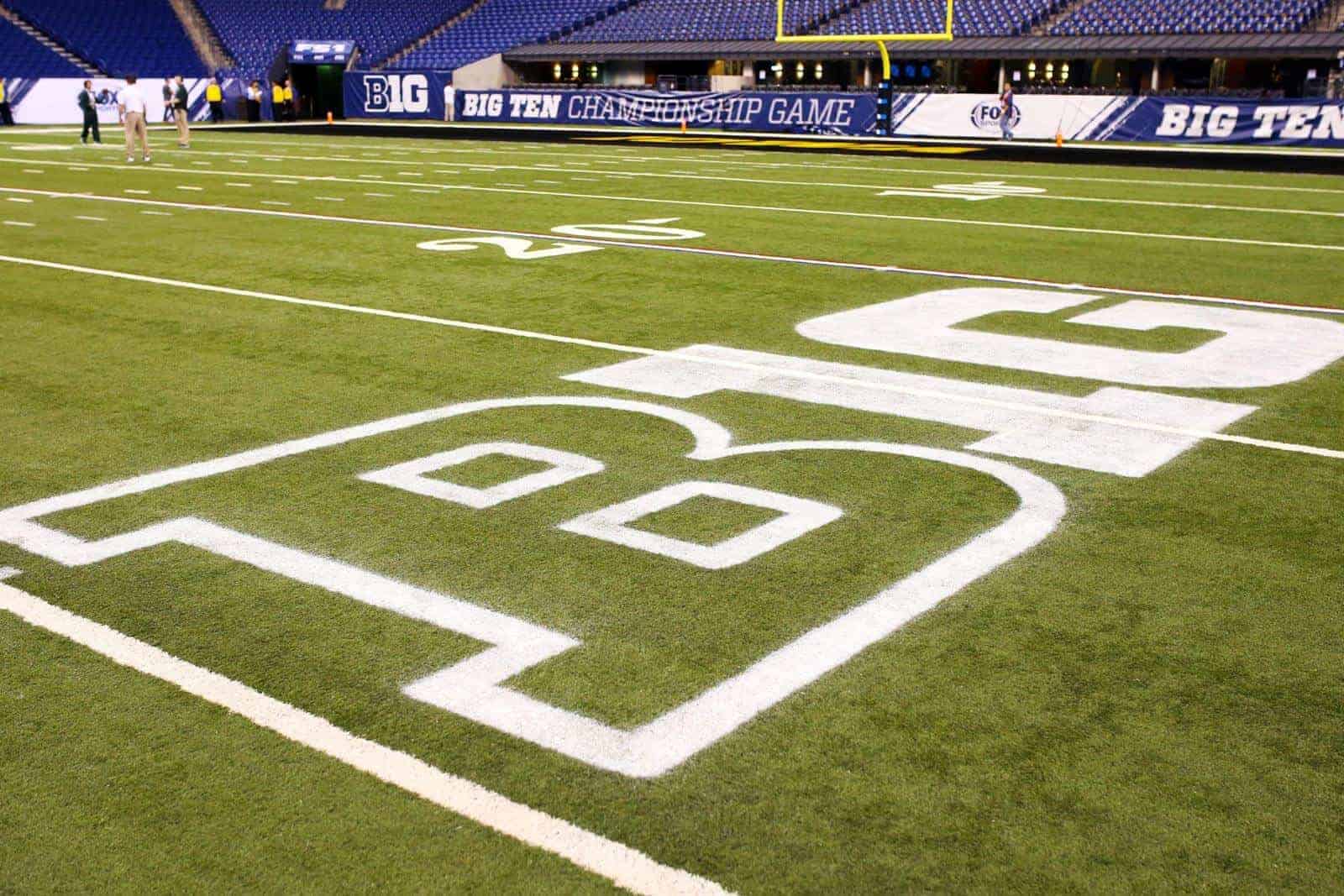 The Big Ten Conference has changed the dates of five football games for the 2018 season, three of which are intraconference games.

Northwestern at Purdue, a season-opener previously scheduled for Saturday, Sept. 1, has been moved up two days and will now be played on Thursday, Aug. 30.

Two non-conference games scheduled for Week 1 have been moved up one day to Friday, Aug. 31: Utah State at Michigan State and Western Kentucky at Wisconsin.

Indiana at Minnesota, previously set for Saturday, Oct. 27, has been moved up one day to Friday, Oct. 26.

Forget about the fans in the seats, it’s all about the television audience. As well, who cares about high school football, surely the Big Ten doesn’t need or care about the high school product they recruit from. When will the sports world of big conferences, big media, and marketers stop ruining the product we once loved?

With the NFL flailing, how long before we see Sunday college games?

Shep? You may not like high school football, but without it we have no college football. I believe we’re seeing the fall of Rome in front of our very eyes. College football being played on Friday nights I believe is a selfish act looking out for only short term dollars and not seeing the overall future.

Bubba, it’s 2017. Coaches don’t need to be in person every single game and can watch entire films/highlights at their leisure, parents can catch their schools on their phones, and you are being super dramatic.

I truly don’t believe college football being played on Friday nights is hurting high school football at all, just ask Texasan’s that are drawing in over 30,000 fans a game on high school football games a lone. BIG is trying to make a market for Friday night games, its no big deal. Most of these games are not prime time games anyway. There used to be only one or two games on Thursday night & now we have games sometimes on Tuesday & Wednesday as well.

Hi Shep, Sorry if I appear too “dramatic”. I do realize coaches don’t need to be in person for every single game and for that matter any game. My point is about the high school players & fans themselves and allowing them their day in the spot light as well. It obvious with your earlier comments you “don’t care about high school football”, but you maybe should as these are the potential athletes that will become college football players tomorrow. I’ll say it again, but I do believe this is a selfish act only to fill the television time slots and to make MORE dollars for the conference, networks and marketers. There’s a bigger picture I believe you and others are missing. Best Regards, Bubba.

Hello Day. Yes some venues in Texas draw over 30,000 spectators for their Friday night high school football games and that is fantastic, but if I’m correct if you look at all the NCAA DI football programs in Texas none are playing on Friday nights except for I believe Texas State vs Troy and Texas vs. Texas Tech and both the day after Thanksgiving. You state the BIG is trying to make a market for Friday night games; Why? Is the BIG trying to find ways to dilute what they have, are they not making enough profit as it is, are they in competition with the high school market, what is it….? For me, what use to be a special day in College Football Saturday is becoming just another day. Best Regards, Bubba.

Understood, Saturday will never just be another day with college football. I think the BIG is trying something out that they hope catches on, like when you think of Monday night, most people will think of NFL or WE wrestling. I think the BIG just wants you to think Friday night, BIG football. The reason I don’t think it is a big deal is because these games that are being played are not that big. honestly, the TRUE & only fans that will be watching them are the ones from that team. Plus most people would not be watching these games on Saturday either. I would say playing on Friday night does hurt recruiting a little & some BIG like Michigan, The Ohio St refuse to play on Fridays. The BIG was the conference that also came up with the instinct-replay & their own BIG channel as well. If it works & catches on, great! If it does not, then they will stop doing it. I don’t think Ohio vs Purdue or Illinois getting whooped by USF 47-23 is diluting the conference, plus they have not played every Friday night this year. I think they’re doing test on it from last year to see how popular it may becomes or not. I did read somewhere last year where someone wrote an article about getting some of these games out there on Friday night so people would have a better chance to see them compared to watching them on Saturday when other better games are being played. Its like you luv college football & it is a Tuesday night so you watch Conference USA or Mac play, I don’t mind watching Troy on Tuesday but I would not be able to find them on a Saturday…..lol

Fair enough. Thanks for your thoughts Day.