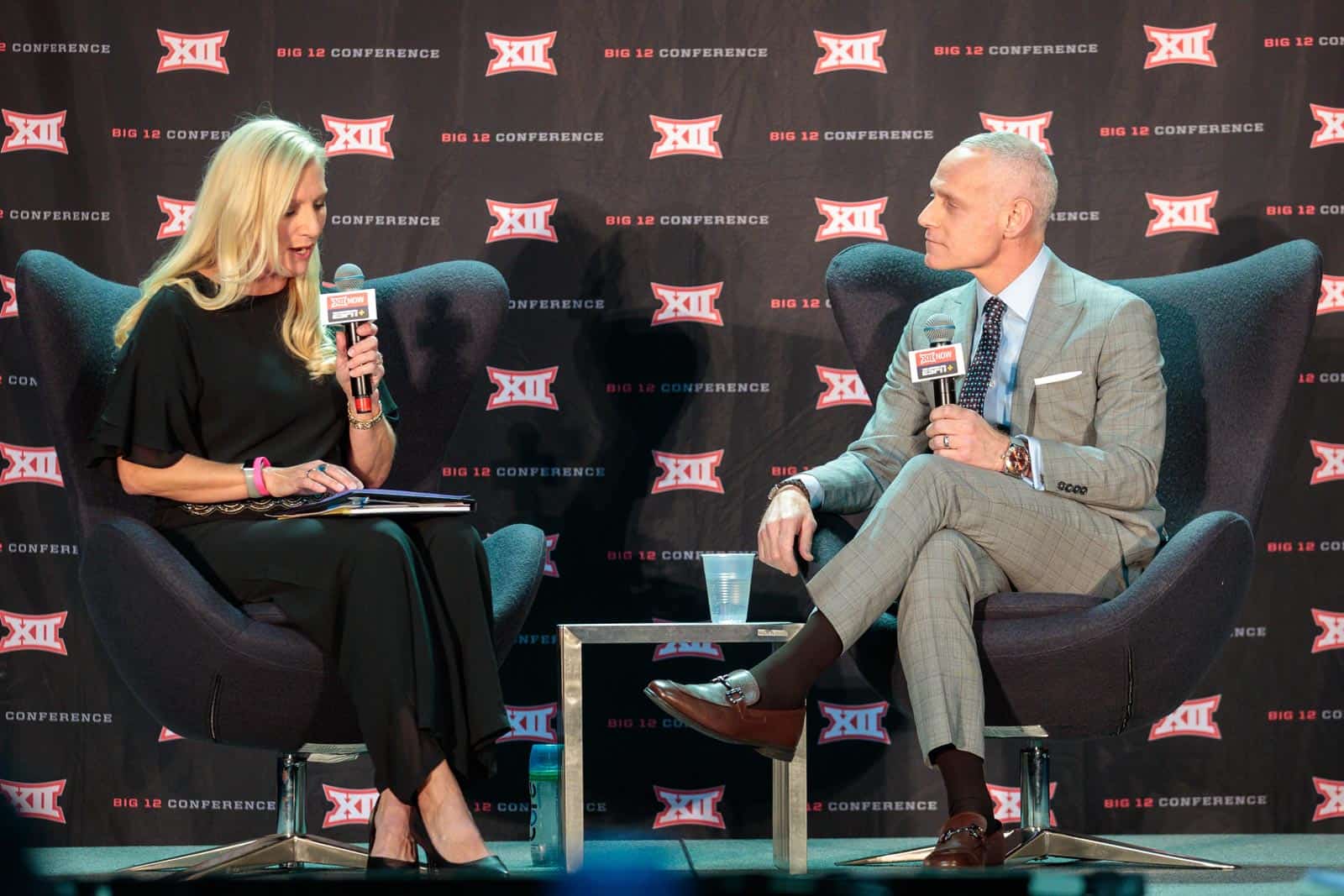 The Big 12 has yet to release their football schedule for the 2023 season, but new league commissioner Brett Yormark provided a preview of the format on Tuesday.

The Big 12 currently consists of 10 teams, but that number will swell to 14 for the 2023 and 2024 seasons with the addition of BYU, Cincinnati, Houston, and UCF. The schedule for those seasons will include Oklahoma and Texas, who are slated to being play in the SEC in 2025.

Of course, Oklahoma and Texas could attempt to negotiate an early exit from the Big 12. But the conference is moving forward with the expectation that both schools will remain in the league and fulfill their contractual obligations.

There will continue to be no divisions in the Big 12 moving forward, and each team will play a nine-game conference schedule with three non-conference opponents. Additionally, each Big 12 team will play each other at least one time over the two-year period and traditional rivalries will be “preserved.”

“Excited about what it will look like,” Yormark said during Big 12 women’s basketball media day. “Looking at geography, you know, from a student-athlete perspective and travel, all those principles are part of the decision-making, but we’ll end up in a great place.”

According to Yormark, the 2023 Big 12 football schedule will be released in “early December,” which is typical for the conference. The schedule for the 2022 season was announced on December 1, 2021.

The Big 12 Football Championship Game will continued to be played at AT&T Stadium in Arlington, Texas, through the 2025 season. That extension was announced in August.

Ensure OU/Tejas travels to BYU, Cincinnati, and C Florida in their playing each member once in the 2-year time frame.

That announcement was so vague it almost has not meaning especially the “preserved rivaly”.
Simple number cruching with league games and 14 teams with every team playing each other in a two year window.
In the first two years each team will play 5 teams both years and 4 teams in 2023 and 4 other teams in 2024.
Then in 2025 there will be 12 teams (or maybe a surprise)

I really think the ACC should look into this model as the only other conference staying at 14 teams. (or maybe a surprise)

It wasn’t really an announcement or a release. The commissioner was peppered with questions from reporters at the women’s basketball media day.