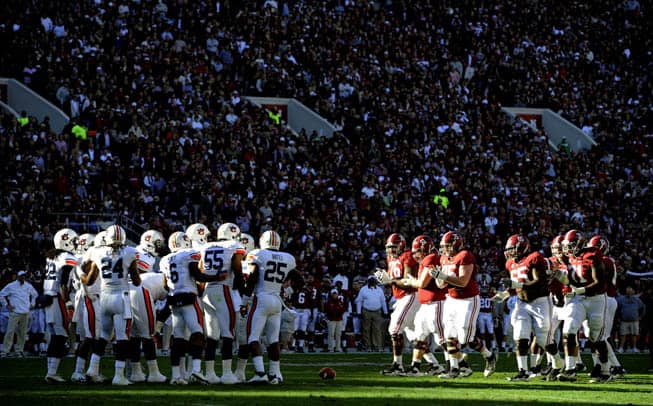 The six BCS AQ Conferences have each announced their football TV schedule for the weekend of November 30, 2013, which is Thanksgiving weekend.

The SEC on CBS game of the week is Alabama at Auburn (3:30pm ET) on Saturday, Nov. 30. Georgia at Georgia Tech will be televised by either ABC, ESPN or ESPN2 at 3:30pm ET.

In the ACC, two games in addition to the Georgia Tech game were placed on a six-day hold. Virginia Tech at Virginia and Duke at North Carolina will each kickoff at noon or 3:30pm ET on ESPN2 or ESPNU.

The remainder of times and TV for the weekend of 11/30 are listed on each team’s 2013 football schedule.

Oregon game is Friday not Saturday

If the Apple Cup was on a Saturday, then it would be on a smaller network.