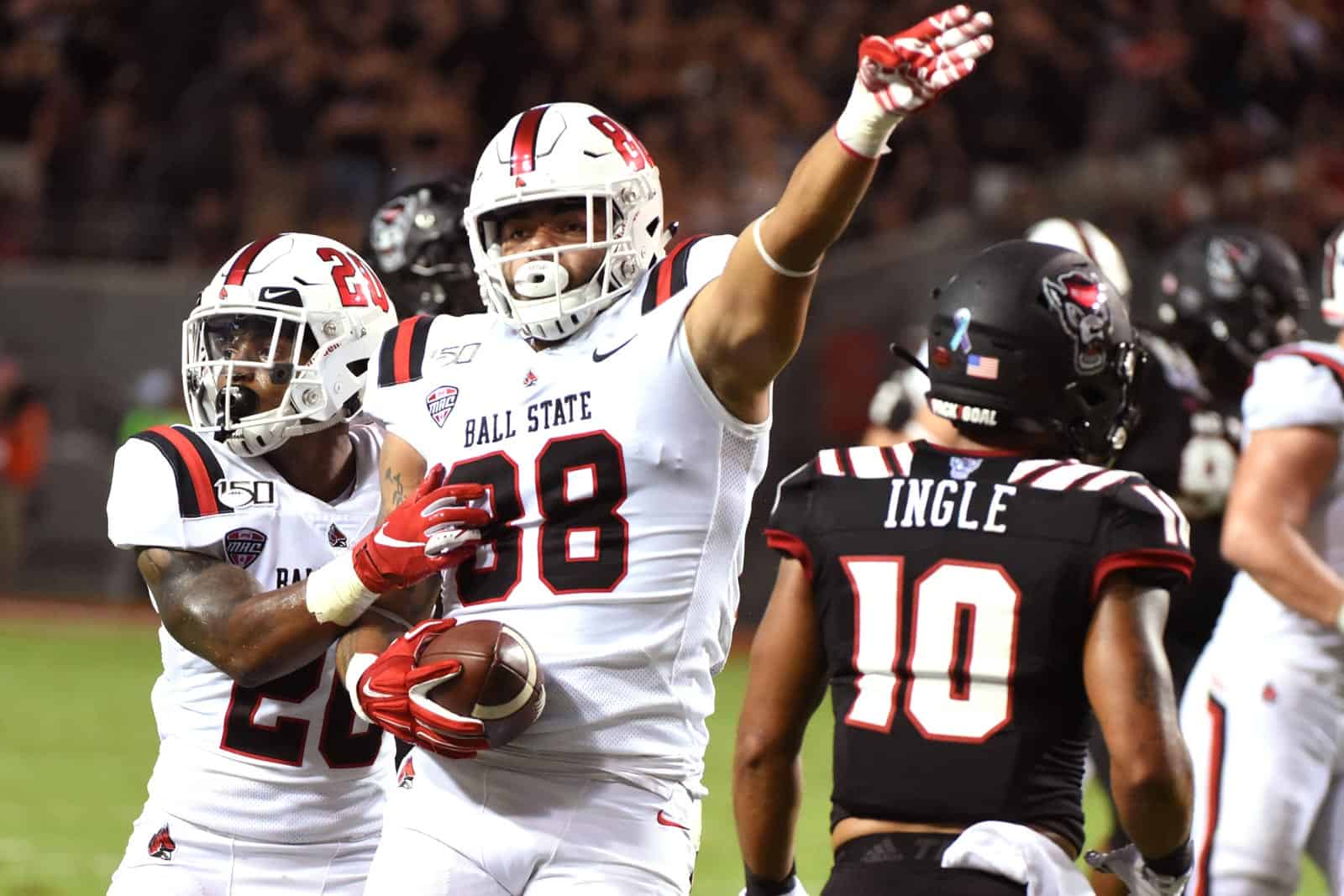 The Ball State Cardinals will play at the Ohio State Buckeyes in 2026 and at the Kentucky Wildcats in 2027, FBSchedules.com has learned.

Copies of contracts for both contests were obtained from Ball State University via a state public records request.

Ball State will travel to play Ohio State at Ohio Stadium in Columbus, Ohio, on Sept. 5, 2026. The Buckeyes will pay the Cardinals a $1.9 million guarantee for the game, according to the copy of the contract.

Ball State and Ohio State have never squared off on the gridiron in their history.

Ohio State is the second scheduled non-conference opponent for Ball State in 2026. The Cardinals are also scheduled to play at Western Kentucky on Sept. 26.

The Buckeyes have tentatively completed their non-conference schedule for the 2026 season with the addition of Ball State. Ohio State is also scheduled to play at Texas on Sept. 12 and host Boston College on Sept. 19.

Ball State will travel to take on the Kentucky Wildcats at Kroger Field in Lexington, Ky., on Sept. 25, 2027. The Cardinals will receive a $1.65 million guarantee for the game, per the contract copy.

Ball State is also scheduled to play at Kentucky on Sept. 2, 2023, which we previously reported. The Cardinals were set to receive a $1.55 million guarantee for that game, but they will now net an additional $100,000 due to agreeing to also play in 2027.

In their first and only meeting on the gridiron back in 2001, Kentucky defeated Ball State 28-20 in Lexington.

Kentucky is also the second scheduled non-conference opponent for Ball State in 2027. The Cardinals are also slated to host Western Kentucky on Sept. 11, which is the second game of a home-and-home series that kicks off in 2026.

The addition of Ball State tentatively completes Kentucky’s 2027 non-conference schedule. The Wildcats also have games scheduled at Toledo on Sept. 4 and home against Murray State on Sept. 18 and Louisville on Nov. 27.