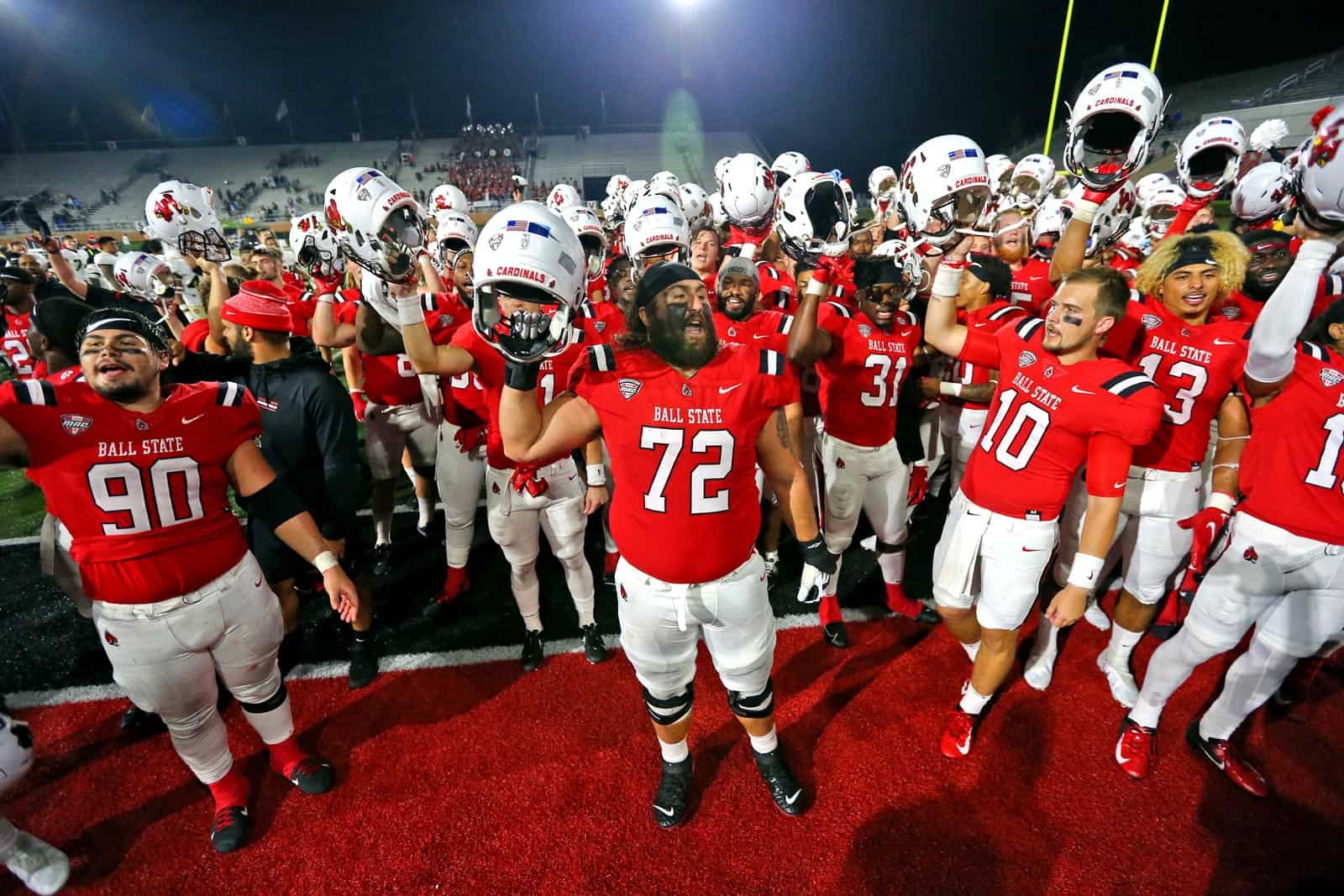 The Ball State Cardinals have added the Missouri State Bears and the New Hampshire Wildcats to their future football schedules, FBSchedules.com has learned.

Ball State will host Missouri State at Scheumann Stadium in Muncie, Ind., on Saturday, Sept. 7, 2024. The Cardinals will pay the Bears a $325,000 guarantee for the game, according to the copy of the contract.

The 2024 Ball State-Missouri State contest will mark the first-ever meeting between the two schools on the gridiron.

Missouri State, led by head coach Bobby Petrino, is a member of the Missouri Valley Football Conference (MVFC) in the Football Championship Subdivision (FCS). The Bears lost at home to UT Martin in the first round of the fall 2021 FCS Playoffs, 32-31, and finished the season 8-4 overall and 6-2 in MVFC action.

The New Hampshire Wildcats will travel to take on Ball State in Muncie on Saturday, Sept. 13, 2025. The Wildcats will also receive a $325,000 guarantee for the game, per the contract copy.

In their first and only gridiron meeting back in 2009, New Hampshire traveled to Muncie and upset Ball State 23-16.

New Hampshire is also an FCS team and competes in the Colonial Athletic Association (CAA). The Wildcats finished the fall 2021 season 3-8 overall and 2-6 in CAA play.

The addition of Missouri State in 2024 and New Hampshire in 2025 completes Ball State’s non-conference schedule for both seasons. In 2024, the Cardinals are also scheduled to host Army and travel to both Miami (FL) and Liberty.