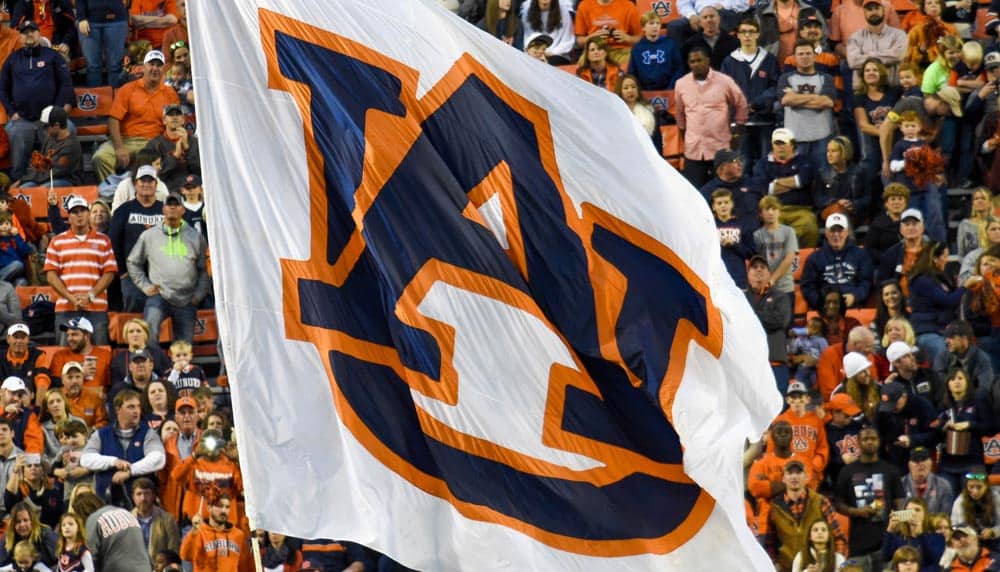 The Auburn Tigers will face the Southern Miss Golden Eagles in 2018 and 2020, the two schools announced on Thursday.

“I’m excited to announce the renewal of our long series with Southern Miss,” Auburn Director of Athletics Jay Jacobs said in a statement. “I remember kicking off our 1983 SEC Championship season against the Golden Eagles. It’s fitting to announce these games one month before we each have a player enshrined in the Pro Football Hall of Fame, Auburn’s Kevin Greene, and USM’s Brett Favre. I know Auburn people will enjoy welcoming the Golden Eagles back to Jordan-Hare in 2018 and 2020.”

Auburn and Southern Miss first met on the gridiron in 1946 and have squared off a total of 22 times. The Tigers have won the past three meetings and hold a 17-5 lead in the series.

Southern Miss is the second announced non-conference opponent for Auburn for 2018 and first for 2020. The Tigers are also slated to host Alabama State on Nov. 17, 2018.

The Golden Eagles now have three non-conference games scheduled for 2018 and two for 2020. Southern Miss is also scheduled to host ULM and travel to Appalachian State in 2018 and host South Alabama in 2020.

Southern Miss also announced today the addition of the Southern Jaguars to their 2017 football schedule. USM will host Southern at M.M. Roberts Stadium in Hattiesburg on Sept, 9, 2017.

This used to be a really good series in the 80’s. Better than ULM which seems to be Auburn’s permanent OOC game.

When are they going to schedule South Alabama?

hopefully never we already own them in baseball why humiliate them further i can see it now aubun vs south alabama in football 2020 42-6 auburn over south Alabama the final. next day south Alabama shuts down its football program with this statement “we hardly ever beat them in baseball. now we know we can’t beat them in football if we played auburn 8 straight times auburn would blow us out in all 8 meetings”

Own them in Baseball? have you even watched any of the meetings we’ve had with them in baseball? yes we’ve beaten them here and there. but they’ve also had their fair share of wins against us. think before yo speak bud and what does beating them in baseball have to do with football? that’s just like saying we beat alabama in basketball so we should beat them in football. completely different sports.

i would like for Auburn to play
USA. Better than ULM or any FCS team. Do a 5 game deal with 1 game in Mobile and 4 in Auburn. Do the same with UAB. As for Troy….NEVER