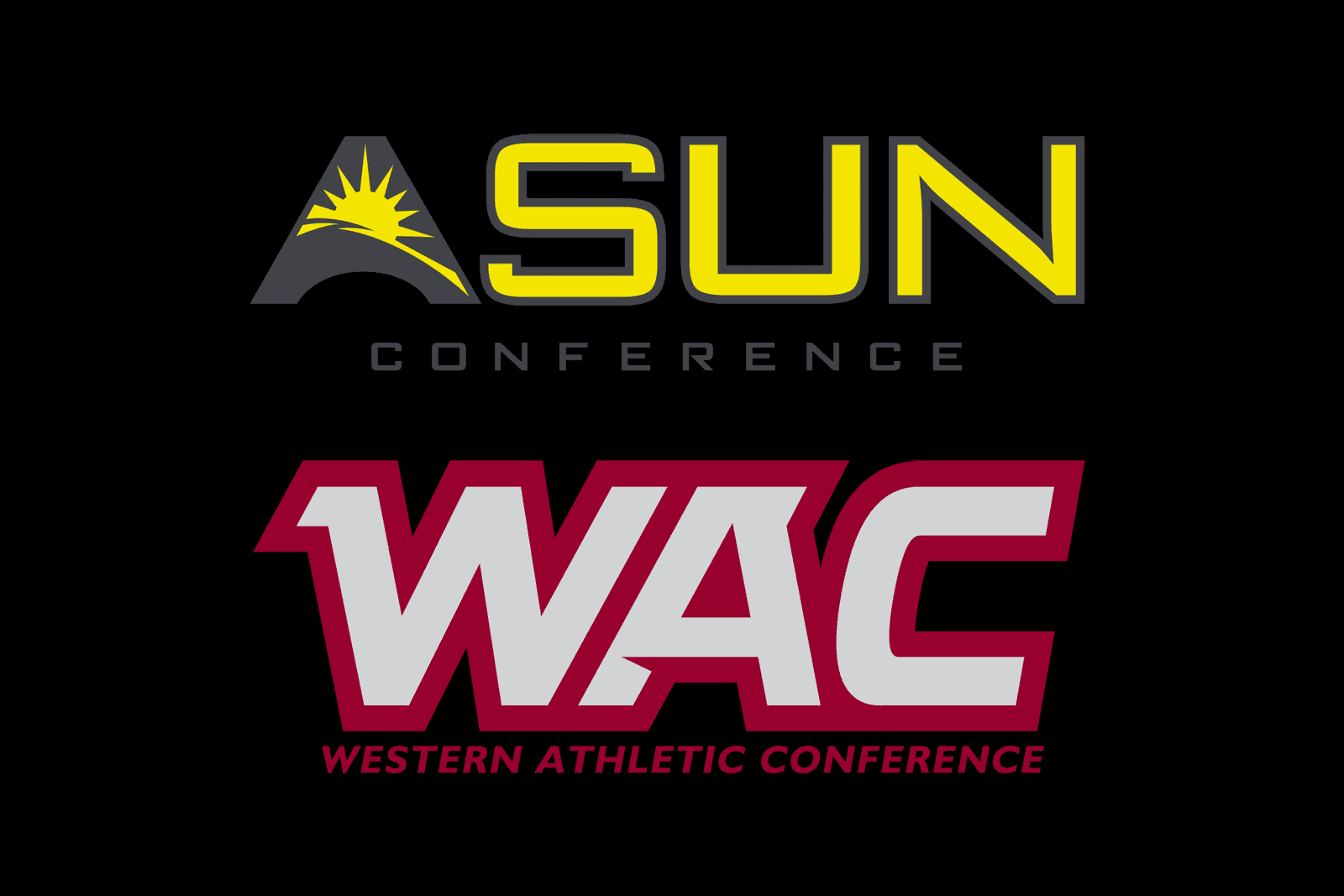 The Atlantic Sun Conference (ASUN) and the Western Athletic Conference (WAC) have announced a football scheduling alliance for the fall 2021 season, which will be know as the ASUN-WAC Challenge.

ASUN members Kennesaw State and North Alabama will again compete in the Big South Conference for the fall 2021 season. Since they are still reclassifying to the Football Championship Subdivision (FCS), WAC members Dixie State and Tarleton State will play a “joint schedule” but are not eligible for an automatic playoff bid.

“The ASUN and WAC are proud to be building opportunities for our student-athletes to compete at the highest level,” stated ASUN Commissioner Ted Gumbart. “This partnership provides teams in both leagues a path to an automatic bid and elevates the ASUN and WAC to a new level of competition. We look forward to creating more innovative ways to promote ASUN Football as an NCAA FCS league in 2021 and beyond.”

“I am very pleased the WAC and ASUN were able to work through various issues and compromise on the elements of a mutually-beneficial scheduling alliance for the upcoming football season,” said WAC Commissioner Jeff Hurd. “The fact that it came together in a relatively short period of time is a credit to the administrators and coaches of all the involved institutions.”

The seven schools, known as the AQ7, will play a single round-robin, with each institution having three home contests and three road contests. The home team will be responsible for officials, control media rights and game broadcast inventory.  The team with the highest winning percentage among AQ7 games shall receive the automatic qualification to the FCS playoffs. In addition, a trophy will be presented to the conference that has the highest winning percentage against the other conference.

Below is the schedule for the 2021 ASUN-WAC Challenge:

* Contests against Dixie State and Tarleton do not count towards alliance win percentage.

Tarleton State already looks very strong for a FCS newcomer in taking McNeese to double OT and whipping New Mexico State. I really think the Aggies should drop down to FCS and join the WAC,being in a conference would really help their recruiting and with the WAC eyeing FBS status in a few years,would give NMSU time to upgrade their program.

That would be a wise decision by the Aggies.

New Mexico State should have dropped back to the FCS years ago and applied for some kind of entrance into the Big Sky. But they’re too stubborn to leave FBS and those games they have with New Mexico and Texas-El Paso. The big thing is staying as a FBS entity makes it easier for them to chase those blood money games against elite programs that are willing to give them huge checks for the huge knots they take on their heads.

People who assert that New Mexico State should drop to FCS need to understand that they have always played at the equivalent of what is now called FBS, and have no desire to give up all that history, regardless of how much they have struggled at times. Furthermore, they already have one built-in home game every year due to their historic rivalries against New Mexico and UTEP, which makes scheduling less difficult.
·
New Mexico State can fill out their schedules with a buy game against an opponent from FCS, and six home + home series against FBS teams, to meet the NCAA’s scheduling rule of five home games. Then they can play three away games for money, or two away games for money while rounding out the schedule with another home + home game, so this is part of why New Mexico State can weather independence.
·
As for the ASUN, Liberty is trying to do the same thing as New Mexico State in the WAC, which is create FBS leagues around themselves after being denied in previous attempts to join the current FBS conferences. The ASUN situation is trickier because there are lots of football schools in the South but not many candidates with both the willingness and resources to move up to FBS anytime within the next decade or so.