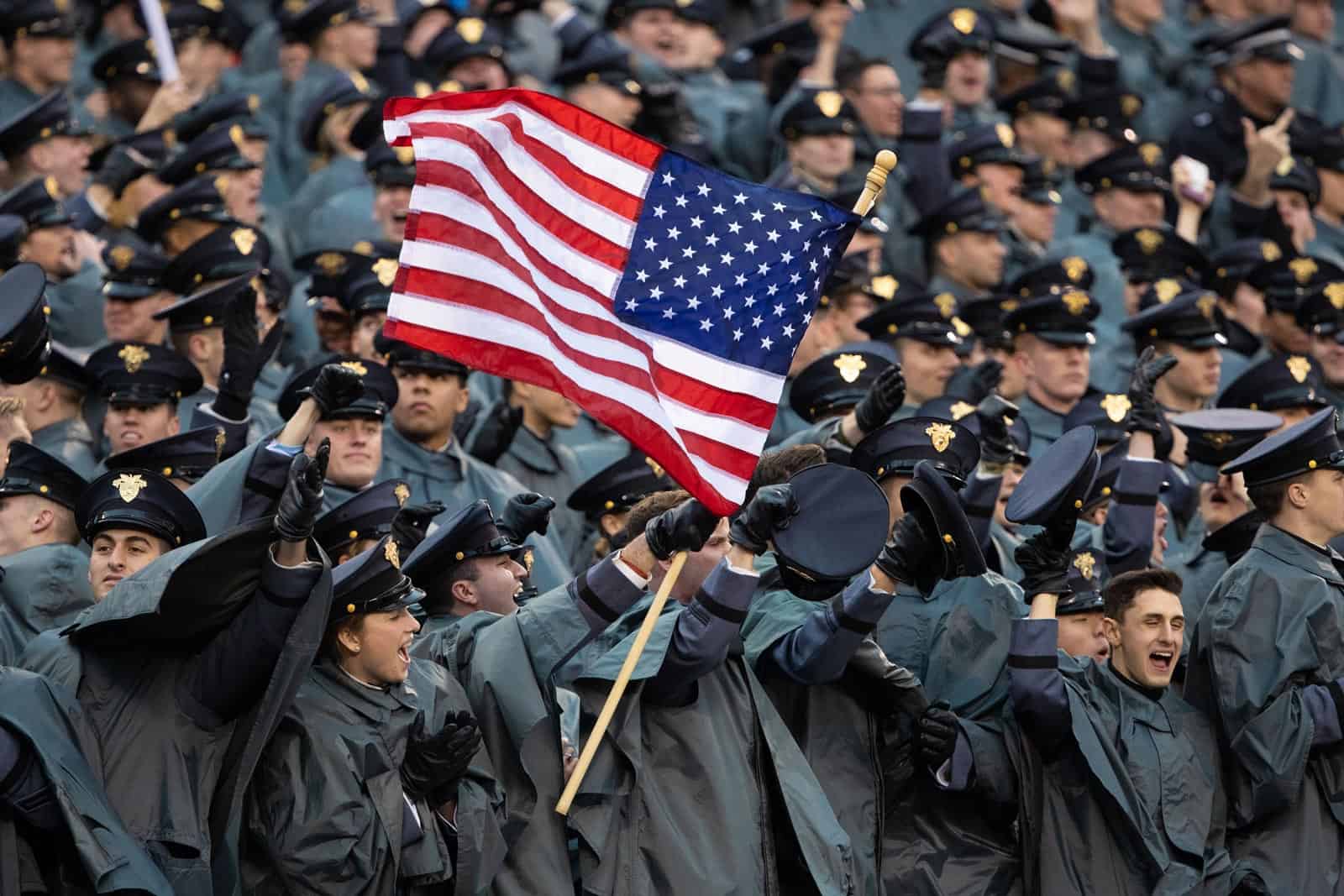 The Army-Navy Game 2020 is set for Saturday, December 12, and it marks the 121st football contest between the Black Knights and the Midshipmen.

The game will by played at Michie Stadium in West Point, N.Y., and it will be televised by CBS at 3:00pm ET. The game was moved from Lincoln Financial Field in Philadelphia, Pa., in October due to “…attendance limits placed on outdoor events in the state of Pennsylvania that would not allow the entire Corps of Cadets and Brigade of Midshipmen to attend.”

This will be the first time the Army-Navy game is played at Michie Stadium since 1943.

For the first time since 1943, the Army-Navy Game will take place at West Point.

Here is a look back at the last time America's Game was played at Michie Stadium. #ArmyNavy | @USAA pic.twitter.com/DEk2pJMclb

In 2021, the Army-Navy Game is scheduled to be played at MetLife Stadium in East Rutherford, N.J., before moving back to Philadelphia for the 2022 contest.

Navy dives in to the game on a four-game losing streak. The Midshipmen are 3-6 overall this season and 3-4 in American Athletic Conference action. The Army-Navy Game will be the final game for the Midshipmen in 2020.

Army comes in to the game having won five of their last six contests. The Black Knights are 7-2 overall and are scheduled to play in the Radiance Technologies Independence Bowl on Saturday, Dec. 26, 2020 (7:00pm ET, ESPN).

Navy defeated Army last season, 31-7, to end a three-game losing streak against the Black Knights. Prior to those three losses, Navy had defeated Army in 14-consecutive games from 2002 through 2015.

With the victory last season, the Navy Midshipmen extended their lead in the overall series to 61-52-7 and have won 15 of the last 18 meetings.

However, if Army defeats Navy, the Midshipmen will not retain the trophy since they lost at Air Force, 40-7, earlier this season. The Commander-in-Chief’s Trophy would then come down to the Air Force at Army game which is scheduled for Saturday, Dec. 19 at Michie Stadium.

Army will wear a uniform combination called “Tropic Lightning,” which is a tribute to the soldiers of the 25th Infantry Division.

We honor the past by re-telling the story of #TropicLightning, a story of valor, courage and sacrifice.

Inspired, humbled and motivated by the soldiers that came before us.

Navy’s special uniform for this seasons game honors the landmarks of the Naval Academy campus in Annapolis, Md.

175 years of history, tradition, and honor all lead to this.

The Army-Navy game is typically the final FBS regular-season game, but this is not a normal season. Next weekend features all of the conference championship games, several rescheduled contests, the previously mentioned Air Force-Army contest, and the bowl season officially kicks off (College Football Bowl Schedule).

For more on the Black Knights and Midshipmen, check out Amy’s 8 things you didn’t know about the Army-Navy series.