8 things you didn’t know about the Army-Navy series 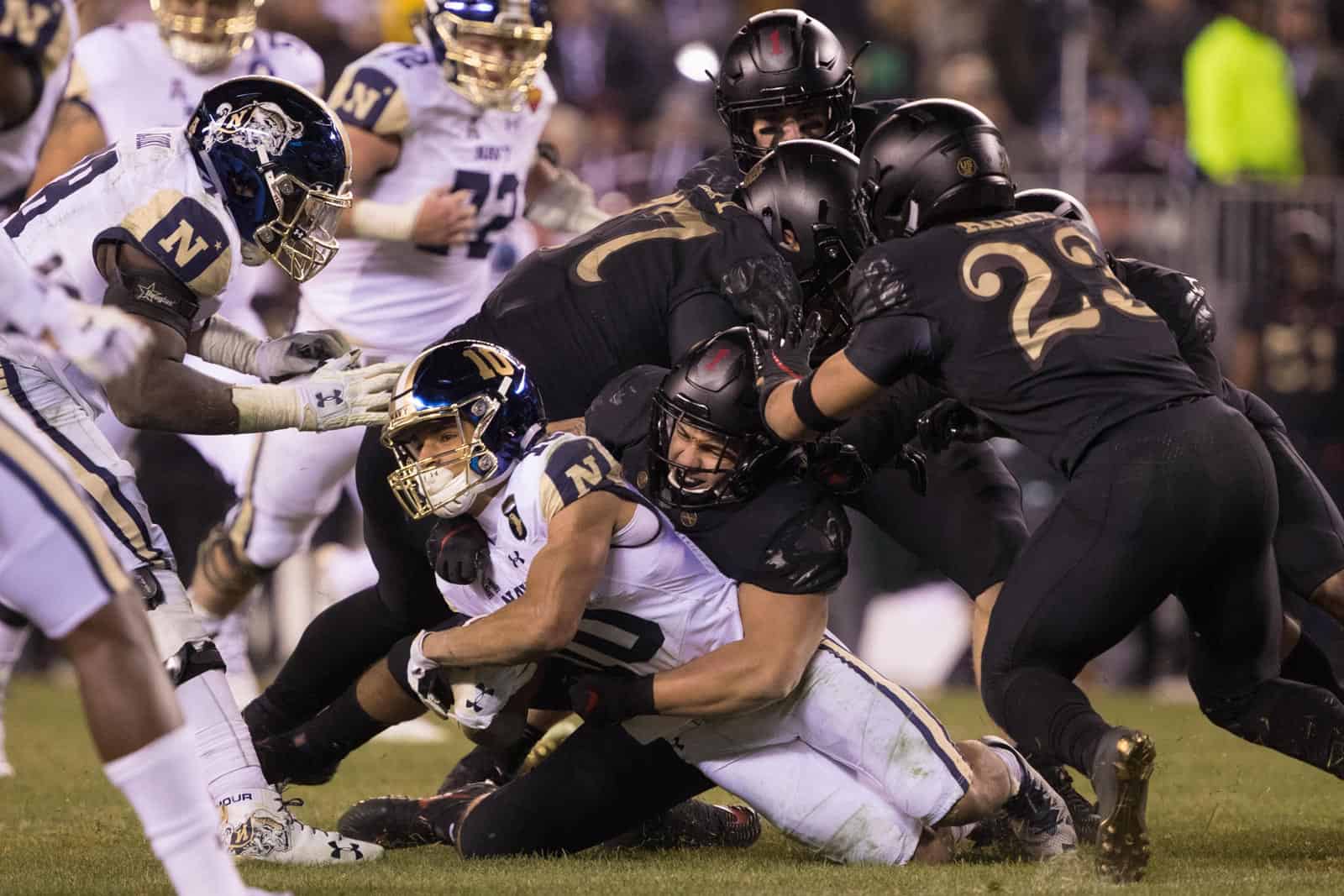 The final regular-season game of 2019 and the only action on the slate for what’s technically Week 16, Army and Navy square off this Saturday afternoon at 3pm EST on CBS.

What follows is a delicious side dish of amazing facts about the series. It’s been prepared to compliment the annual entrée of the best and most patriotic rivalry in college football.

1. The captains of the 1939 game both went to the same high school

2. The game has only been played in Annapolis or West Point six times

3. Navy upperclassmen were ordered to cheer for Army in the 1942 game

With World War II in full swing and gas and rubber rationing enforced, Congress considered cancelling the Nov. 28, 1942 edition of Army-Navy. Instead, the game was moved from neutrally sited Philadelphia (where it had been played since 1932) to Annapolis so that only one squad would be required to travel. It also meant that the game would attract mostly local fans, a group that would not include West Point’s Corps of Cadets.

According to American Heritage,

The Naval Academy’s third- and fourth-year midshipmen were ordered to sit behind the Army bench and cheer for the visiting team…Newsmen in attendance wrote enthusiastically about Army’s Navy-populated cheering section. Midshipmen braying the Corps’ cheer was living proof of inter-service comity, they reported. Even the touchdown-starved Army players expressed gratitude to the cheerleaders, despite their 14-0 loss in a match they had been heavily favored to win.

4. It’s one of only nine FBS rivalries that’s been played 120-plus times

This Saturday’s game marks the 120th time Army and Navy have met, earning the duo a spot in an elite group of FBS rivalries.

The first-ever football meeting between Army and Navy was played at West Point in 1890, the Naval Academy challenging Army Cadet Dennis Michie (class of 1892) to meet on the gridiron. According to WestPointAOG.org:

Since cadets were not allowed to leave the Academy grounds, Michie agreed to pay half of Navy’s travel expenses, and every cadet agreed to charge $0.52 to his store account for the purpose.

The debut of instant replay was fraught with technical issues, to the point that it was only used once when Navy beat Army 21-15 on Dec. 7, 1963. According to USA Today.com,

Army quarterback Rollie Stichweh scored two touchdowns in a matter of a few seconds, at least that’s what many viewers of the 1963 Army-Navy game thought they saw during that December broadcast.

Calls flooded into CBS’ switchboard despite announcer Lindsey Nelson’s warning: “This is not live. Ladies and gentleman, Army did not score again.”

The confusion from people at home was understandable. What viewers saw was the debut of instant replay, the invention of CBS Sports director Tony Verna.

Perhaps even more interesting is an urban myth associated with the technical challenges CBS faced that day.

Since the initial replay needed some time to queue the tape up, there’s a story about CBS sending somebody on the field to act as a drunk fan to hold the game up some so Verna could queue up the replay.

7. The 1926 game was played in Chicago to dedicate Soldier Field

Though the first ever football game at Soldier Field featured Notre Dame nipping Northwestern 13-6 on Nov. 22, 1924, the historic stadium was officially dedicated two years later, on Nov. 27, 1926, when Army and Navy played to a 21-21 tie. The game was also one of only two times the rivalry was played away from the East Coast (the 1983 contest was played in the Rose Bowl in Pasadena, Calif).

8. Only four times since 1963 have both teams come into the game with a winning record

Thanks for the Article Amy. Go Navy