2020 Army-Navy Game to be played in West Point, New York 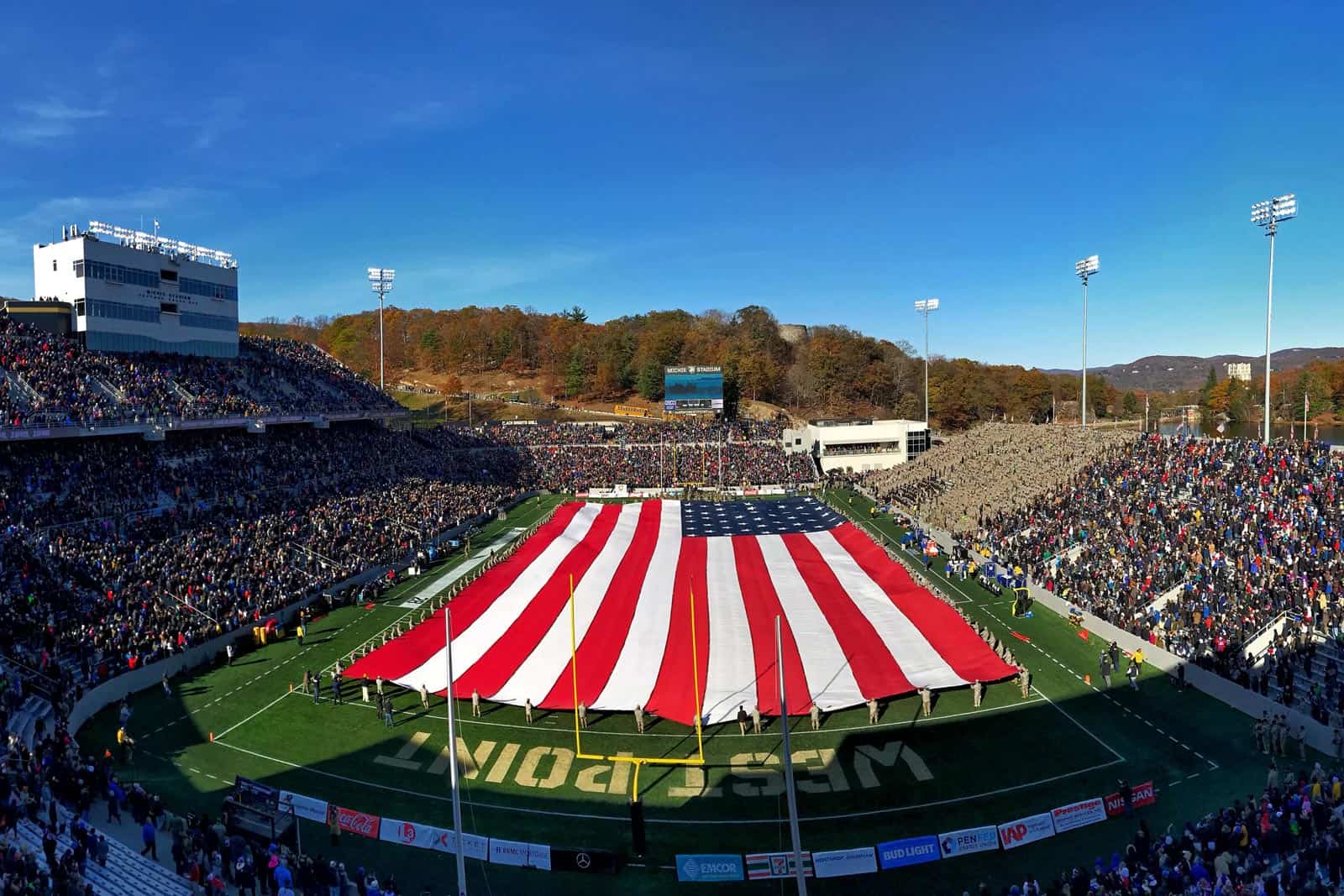 The 2020 Army-Navy Game will be played at Michie Stadium in West Point, N.Y., it was announced on Friday.

The game, previously scheduled to be played at Lincoln Financial Field in Philadelphia, Pa., is slated for Saturday, Dec. 12. The game will be televised nationally by CBS at 3:00pm ET.

Army-Navy was moved due to “…attendance limits placed on outdoor events in the state of Pennsylvania that would not allow the entire Corps of Cadets and Brigade of Midshipmen to attend.”

“We want to thank the City of Philadelphia, the Eagles and all involved in the planning for their efforts to navigate this historic game in the current COVID-19 climate,” said Army Director of Athletics Mike Buddie. We are excited about this historic opportunity to host Navy and the Brigade inside the gates of West Point for the first time since 1943.”

The 2020 Army-Navy Game will mark the first time the game has been played at a home stadium since World War II. The game was contested in Annapolis, Md., in 1942 and in West Point in 1943.

“Unfortunately, we will not be allowed to visit the home of Army-Navy this December,” said Naval Academy Director of Athletics Chet Gladchuk. “History will repeat itself as we stage this cherished tradition on Academy grounds as was the case dating back to World War II.  Every effort was made to create a safe and acceptable environment for the Brigade, the Corps and our public while meeting city and state requirements. However, medical conditions and protocols dictate the environment in which we live. Therefore, on to the safe haven of West Point on Dec. 12, and let it ring true that even in the most challenging of times, the spirit and intent of the Brigade of Midshipmen and Corps of Cadets still prevails.”

In 2021, the Army-Navy Game will be played at MetLife Stadium in East Rutherford, N.J., before moving back to Philadelphia for the 2022 contest.

It was wise to move the game so that the Brigade and Corps could both attend. I wish both teams the best of luck.

After this year the the game will be played in New Jersey and Philadelphia so Navy should get the 2023 (city TBD) game in return.