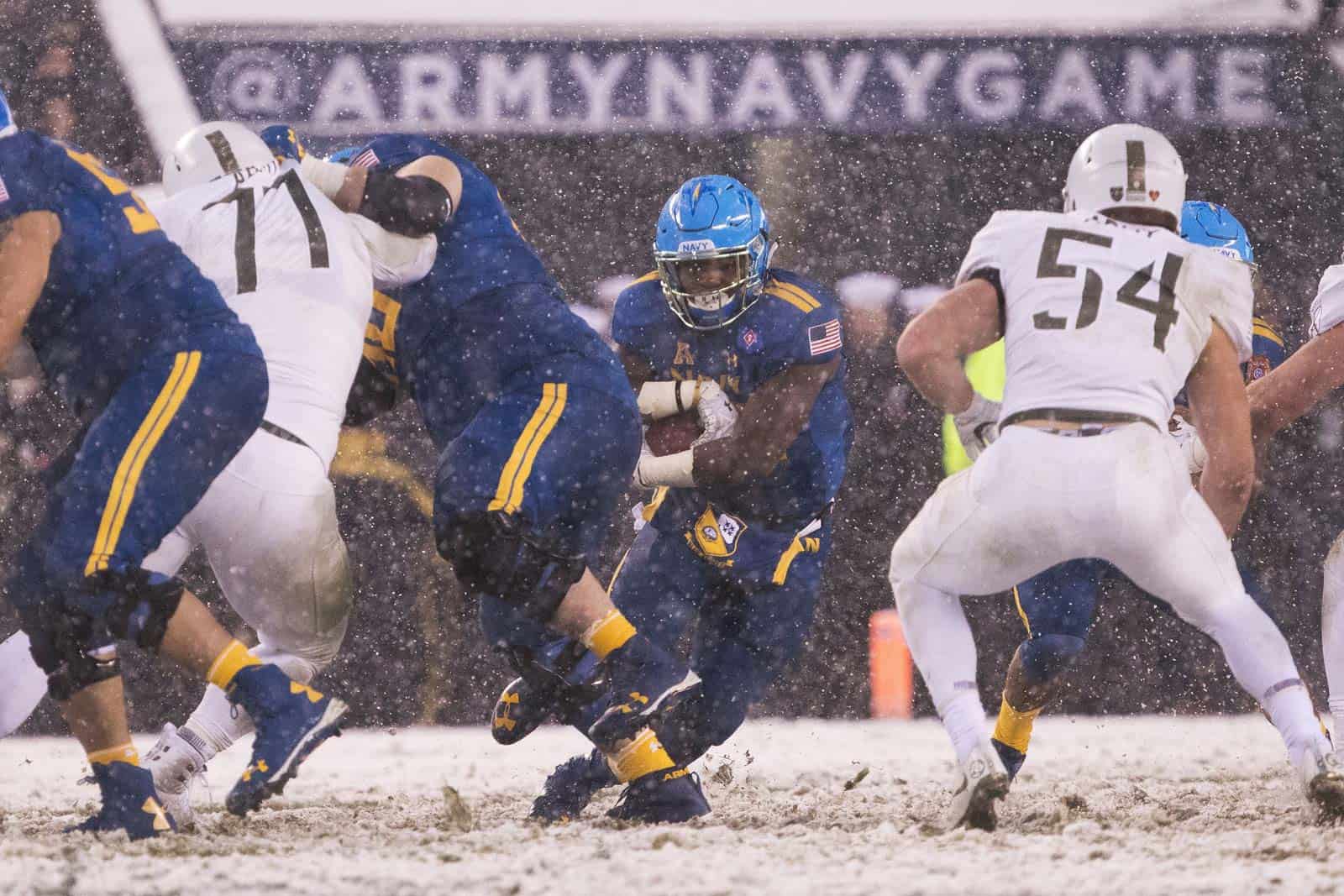 The Army-Navy Game is set for Saturday, Dec. 8, 2018, and it marks the 119th football contest between the Black Knights and the Midshipmen.

The game will by played at Lincoln Financial Field in Philadelphia, Pennsylvania (3pm ET, CBS). The 2017 contest was also played in Philadelphia and the 2019 and 2020 games will be played there as well.

Army comes in to the game on a seven-game winning streak. The Black Knights are 9-2 overall and are headed to the 2018 Lockheed Armed Force Bowl to play the Houston Cougars. That game will be played on Saturday, Dec. 22 at Amon G. Carter Stadium in Fort Worth, Texas.

Navy has had a lackluster campaign in 2018. The Midshipmen opened the season with a loss at Hawaii before rebounding with consecutive victories over Memphis and Lehigh.

But then the wheels fell off, as Navy dropped seven-straight and eight of their last nine games. The Midshipmen head into the Army-Navy Game with a 3-9 record and will not appear in a bowl game for the first season since 2011.

Army has emerged victorious in the last two Army-Navy games for their first back-to-back wins in the series since a five-game streak from 1992 through 1996.

Consecutive wins by Army has brought the overall series slightly closer, but the Navy Midshipmen still lead 60-51-7 and have won 14 of the last 16 meetings.

If Army beats Navy, the Black Knights will win the Commander-in-Chief’s Trophy outright for the second straight season.

Earlier this season, Army beat Air Force and Air Force beat Navy. Therefore, a Navy win over Army on Saturday would result in a three-way tie. As the current holder, Army would then retain possession of the Commander-in-Chief’s Trophy.

Army will wear a uniform combination called “Big Red One.” It’s a tribute to the soldiers of the 1st Infantry Division.

Navy’s special uniform for this seasons game places special attention on their mascot, Bill the Goat.

The Army-Navy game is the final FBS regular-season game in 2018. The bowl season kicks off on Saturday, December 15 (College Football Bowl Schedule).

With age I have learned to appreciate this game & hopefully will be able to see it in person one day.
Army’s uniforms are badass!