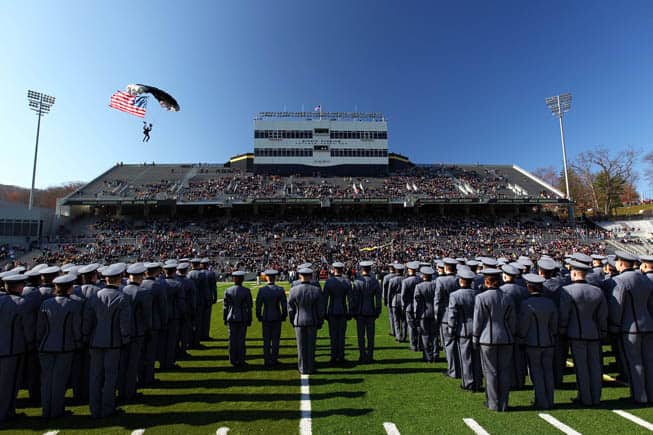 The Army Black Knights have added the Lafayette Leopards to their football schedules in 2016 and 2018, the Patriot League announced today.

“We’re looking forward to the chance to play against an FBS school like Army,” said Lafayette head coach Frank Tavani, who coached against Army as a Lafayette assistant in the 80s and 90s. “They have a tremendous atmosphere in West Point and it’s in a location that will allow our fans to make the trip.”

“A renewal of our football series with Army is an exciting opportunity for our student-athletes and community,” said Lafayette Director of Athletics Bruce McCutcheon. “We are looking forward to our return to Michie Stadium, one of the iconic college football venues in America.”

Lafayette is a member of the Patriot League in the Football Championship Subdivision. They are located in Easton, Pennsylvania and are led by head coach Frank Tavani, who is entering his 14th season with the Leopards.

According to The Express-Times, Lafayette is now awarding football scholarships and can begin playing FBS programs in 2015.

Looking at Army’s tentative future football schedules, the addition of Lafayette gives them seven games in 2016 and 11 in 2018.

Why FBS haven’t covered the South Alabama vs. South Carolina game for 2014.

We didn’t write a separate article for everything that happened from the 2014 SEC schedule release. There were at least 10 different non-conference game changes across the league.