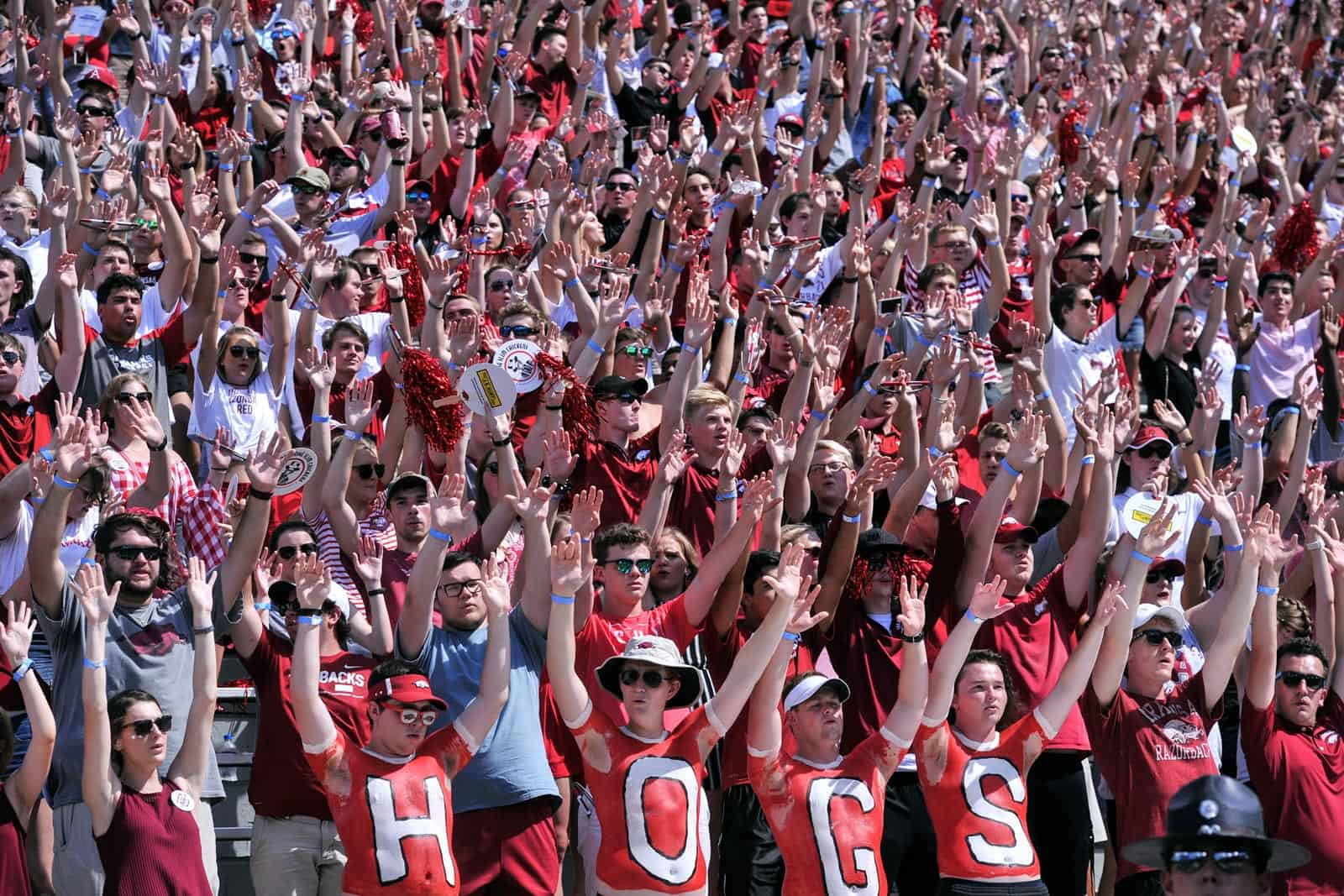 The Arkansas Razorbacks and the Utah Utes have scheduled a home-and-home football series for 2026 and 2028, both schools announced on Wednesday.

The series will kick off with Arkansas traveling to take on Utah at Rice-Eccles Stadium in Salt Lake City, Utah, on Sept. 12, 2026, which will mark the first-ever meeting between the two schools on the gridiron.

Arkansas will host Utah at Donald W. Reynolds Razorback Stadium in Fayetteville, Arkansas, on Sept. 16, 2028 to close out the two-game series.

Utah is the second non-conference opponent scheduled for Arkansas for both the 2026 and 2028 seasons. The Razorbacks are scheduled to host the Memphis Tigers on Sept. 19, 2026 and then again two seasons later on Sept. 9, 2028.

“We appreciate the opportunity to put together an agreement with Arkansas for our football programs to play one another in 2026 and 2028,” said Utah Director of Athletics Mark Harlan. “We will continue to look at the premier programs in the country as we build out our future schedules to bring value to our football program and to our fanbase.”

Arkansas is the second announced non-conference opponent for Utah in 2026 and first for 2028. The Utes, slated to visit the Houston Cougars on Sept. 5, 2026, need one more opponent for 2026 and two opponents for 2028.

Arkansas opens the 2019 season at home against the Portland State Vikings on Saturday, Aug. 31. Utah opens the season two days prior on Thursday, Aug. 29 in Provo against the in-state rival BYU Cougars.

Possibly indicates the Utah-BYU series will not continue after 2024?

I’m a Hog through and through, but if the Boys in Fayetteville don’t have some vast improvements to stop being the bottom feeder of the SEC, an okay Utah team will walk all over them. The Hogs are lucky these games are years away.