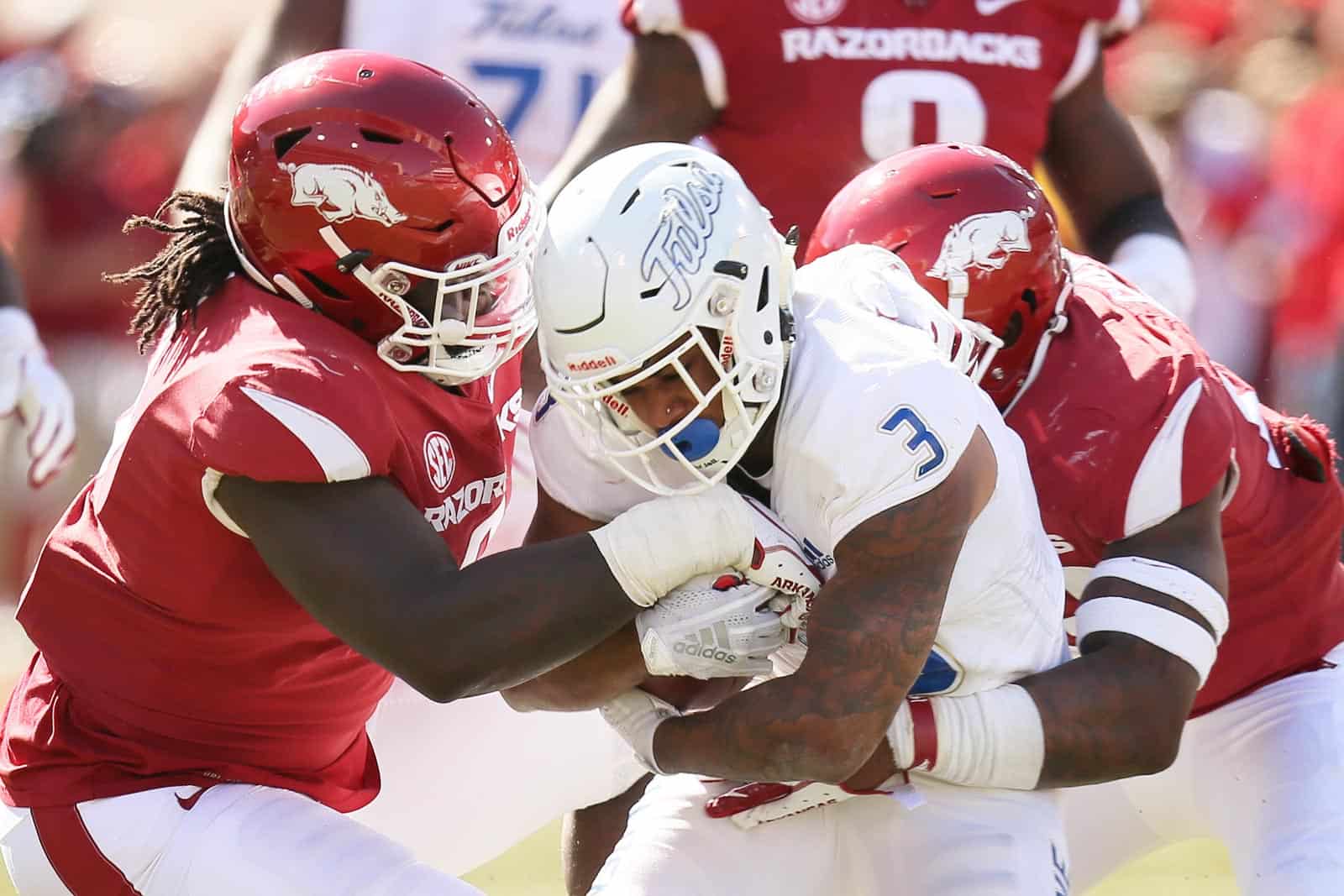 The Arkansas Razorbacks and the Tulsa Golden Hurricane have scheduled a three-game football series, both schools announced on Thursday.

The three-game series includes Tulsa hosting Arkansas at H.A. Chapman Stadium in Tulsa, Oklahoma, on Sept. 4, 2027. It’s been 75 years since the Razorbacks traveled to play the Golden Hurricane in Tulsa.

Arkansas will host Tulsa at Donald W. Reynolds Razorback Stadium in Fayetteville to open the series on Nov. 21, 2026 and then again three seasons later to conclude the series on Sept. 1, 2029.

“I know a lot of our fans and former players have waited a long time for Arkansas to return to Tulsa to play football. We’re excited to have Arkansas join Oklahoma State in coming to Chapman Stadium in the decade of the 2020’s,” said Tulsa’s vice president & director of athletics Dr. Derrick Gragg. “I’m thankful to Arkansas’ athletic director Hunter Yurachek and former senior associate athletic director Julie Cromer (now athletic director at Ohio U.) in helping make this game in Tulsa possible.”

“It’s a huge thing for all of us,” Gragg told Tulsa World regarding the Arkansas contest. “It’s not happening until 2027, but it’s still something that people will really be looking forward to.

“Our trustees and university leadership have always said if we could ever get Arkansas here in our stadium how significant that would be for the program, for the university, for the city.”

And the legend continues…

I bet Arkansas will buy the road game out and move it to Little Rock.