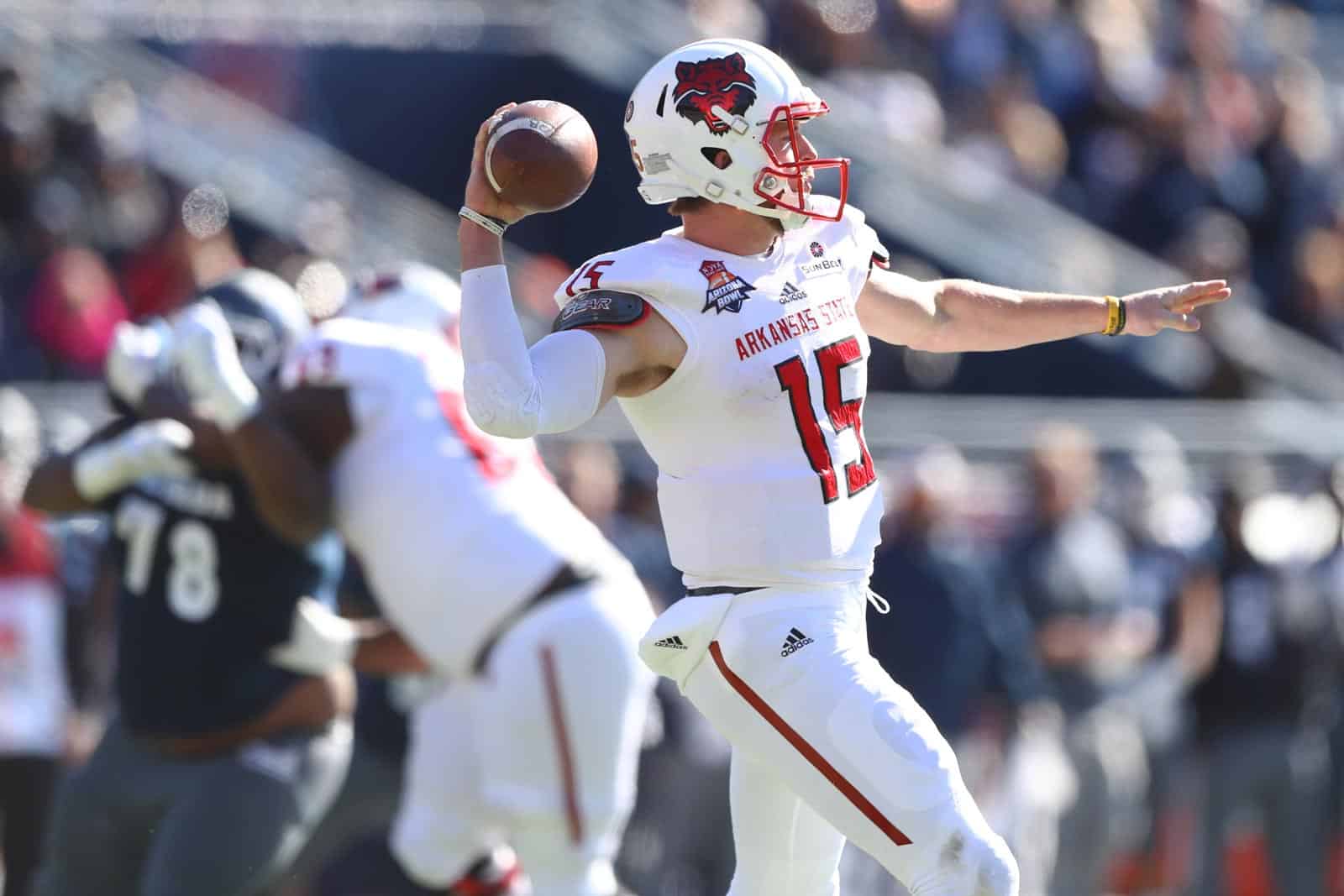 The Arkansas State Red Wolves and the UMass Minutemen have scheduled a home-and-home football series for the 2022 and 2023 seasons.

News of the series was first reported by The Sun and was later confirmed to FBSchedules.com by UMass Director of Athletics Ryan Bamford.

The series will kick off with Arkansas State hosting UMass at Centennial Bank Stadium in Jonesboro, Arkansas, on November 12, 2022. The two schools will meet to conclude the series the following season at McGuirk Alumni Stadium in Amherst, Massachusetts, on October 7, 2023.

The 2022 contest between Arkansas State and UMass will mark the first-ever meeting between the two schools on the gridiron.

UMass is the second scheduled non-conference opponent for Arkansas State for both the 2022 and 2023 seasons. The Red Wolves also have a series scheduled with the Memphis Tigers for that period, which will be played in Memphis on Sept. 3, 2022 and in Jonesboro on Sept. 9, 2023.

The UMass Minutemen were previously scheduled to host Army West Point on Nov. 12, 2022, but that game was pushed back two weeks to Nov. 26, per Bamford, in order to schedule the Arkansas State game.

UMass, an FBS Independent, now has 11 games scheduled for the 2022 season. The schedule, which is currently unofficial, includes five consecutive road contests to open the season. Those contests, which are very likely to change, are Tulane (Sept. 3), Toledo (Sept. 10), Boston College (Sept. 17), Temple (Sept. 24), and Eastern Michigan (Oct. 1).

Arkansas State is the eighth scheduled opponent for UMass in 2023. The Minutemen are slated to open the season at home against Miami (Ohio) on Sept. 9. Other home opponents include New Mexico (Sept. 23) and Arkansas State (Oct. 7).