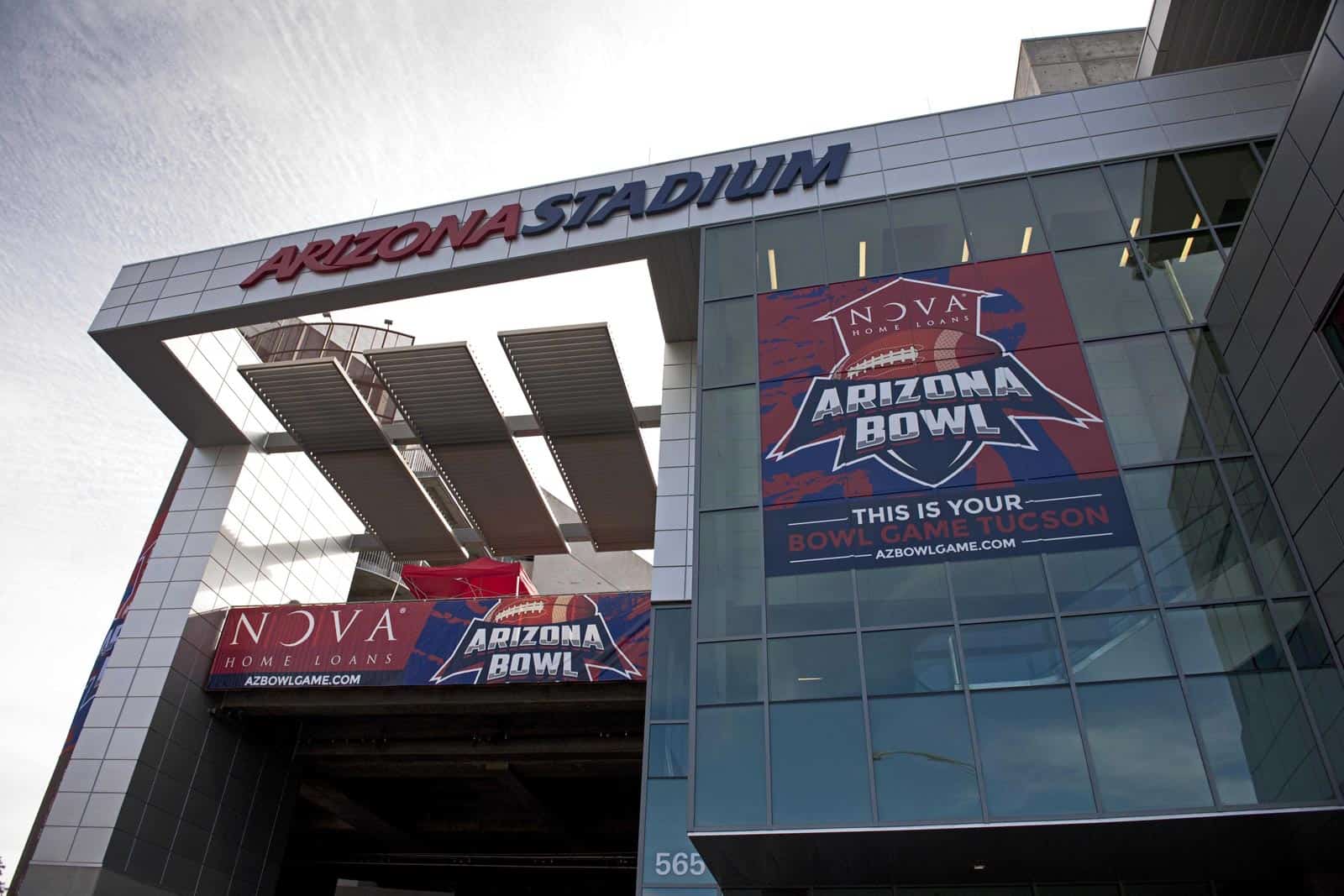 The Arkansas State Red Wolves have accepted an invitation to play in the 2018 NOVA Home Loans Arizona Bowl, the Sun Belt Conference announced on Tuesday.

Arkansas State will square off with a member of the Mountain West Conference at Arizona Stadium in Tucson, the home stadium of the Arizona Wildcats. Kickoff is set for 1:15pm ET/11:15am MST and the game will be televised by CBSSN.

“The NOVA Home Loans Arizona Bowl is an excellent postseason destination for Arkansas State,” said Sun Belt Commissioner Karl Benson. “In just three years, the bowl game has taken off and been warmly embraced by the city of Tucson.  The Red Wolves are guaranteed a tremendous time and we are happy to make this announcement today to give extra planning time to the fans, student-athletes and athletic department.”

The Arizona Bowl began in 2015 with a matchup between two Mountain West members, Nevada and Colorado State. The 2016 game featured Air Force-South Alabama, which was followed by New Mexico State-Utah State in 2017.

“We’re excited to continue our season at the Arizona Bowl,” said A-State head coach Blake Anderson. “This will obviously be our first appearance in this bowl game, so it will give our team a new experience at a beautiful destination and stadium where we haven’t played before.  We know we will face a great opponent that will present a tough challenge, but we’re looking forward to the opportunity to win our ninth game of the season.”

Arkansas State finished the 2018 regular-season 8-4 overall and 5-3 in Sun Belt action. The Red Wolves are riding a four-game winning streak as they head into their eighth consecutive bowl game appearance dating back to 2011. A-State is 3-4 during that bowl stretch with wins over Kent State (2012), Ball State (2013), and UCF (2016).

The Sun Belt Conference also announced today that the loser of the conference championship game between Louisiana and Appalachian State will play in the Cure Bowl in Orlando. The winner goes to the New Orleans Bowl.