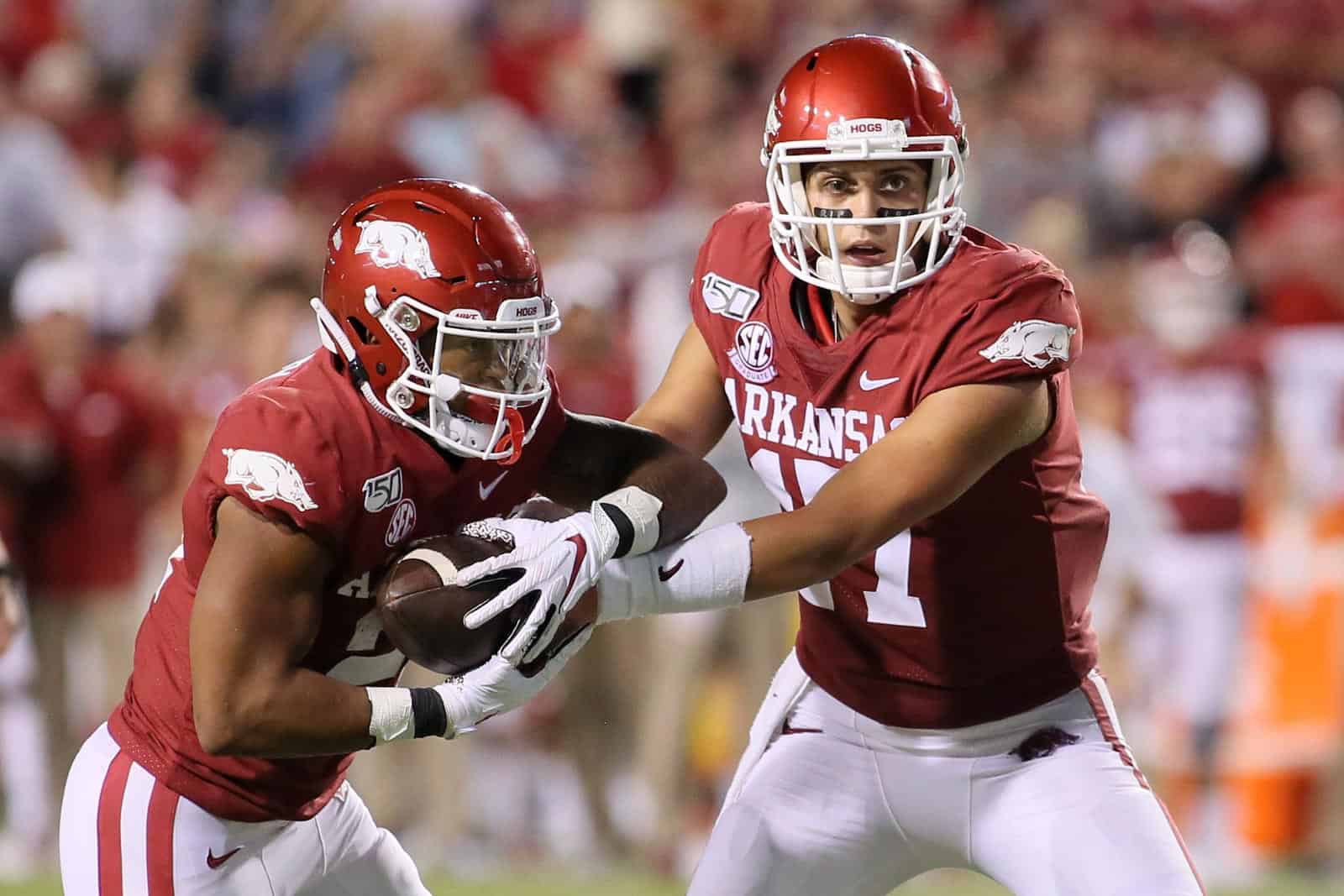 The Arkansas Razorbacks have added the Nevada Wolf pack to their 2020 football schedule, according to a report by WholeHogSports.

Arkansas will host Nevada at Donald W. Reynolds Razorback Stadium in Fayetteville, Ark., on September 5, 2020. The game will mark the first-ever meeting between the two schools on the gridiron.

The remainder of Arkansas’ non-conference schedule for the 2020 season includes a road trip to face Notre Dame on Sept. 12 and home contests against Charleston Southern on Oct. 3 and ULM on Nov. 21.

Arkansas was previously scheduled to open the 2020 season at home against the Kent State Golden Flashes. That contest has been postponed to September 9, 2023, per the same report by WholeHogSports who cited a copy of an amendment to the original contract.

Kent State now has an open date on September 5, 2020. The Golden Flashes are currently scheduled to host Kennesaw State on Sept. 12 and play back-to-back road games at Kentucky on Sept. 19 and at Alabama on Sept. 26.

Nevada was previously scheduled to play at the Penn State Nittany Lions on the same date as the newly scheduled contest at Arkansas, which puts that contest in limbo. Penn State’s only open date next season is Oct. 10, while Nevada’s open date is unknown because the Mountain West hasn’t released their conference slate for 2020.

Nevada, which has non-conference games scheduled against UC Davis, Arkansas, UTEP, and USF in 2020, can still play Penn State in 2020 if they can fit them in because the Wolf Pack play in Hawaii that season.

On the other hand, it’s possible that Kent State will play at Penn State next season since their two vacated dates match up (Sept. 5). However, both of their schedules could have been opened up to schedule games against the UConn Huskies, who have yet to announce their full schedule for their first season as a Football Bowl Subdivision (FBS) Independent. The Huskies have four games scheduled and need eight more to complete their slate.

Nevada will receive a $1.5 million guarantee for playing at Arkansas in 2020, according to a copy of the contract obtained from the University of Nevada, Reno via a state public records request.

Additionally, the Nevada at Penn State contest will be moved to a future season to be determined, according to a release from Nevada.