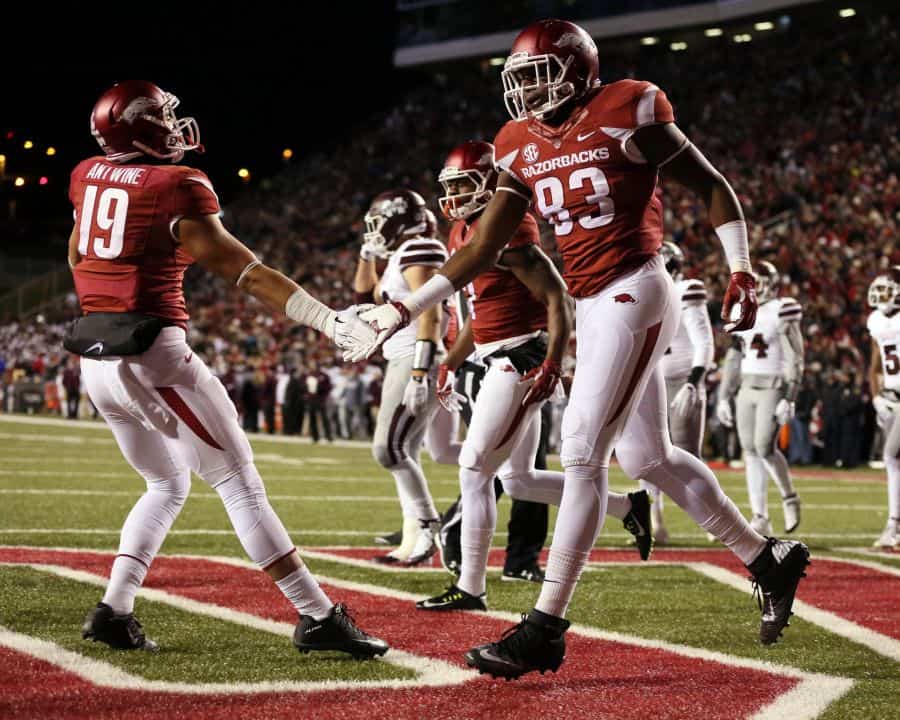 “We are very excited to add Colorado State to our 2019 schedule,” commented. Arkansas football head coach Bret Bielema in the release. “Adding an opponent like Colorado State enhances our already-challenging schedule. It’ll be a fun and competitive schedule that will give our great fans in the state of Arkansas a lot of good home games.”

This will be the teams’ fourth football meeting, with Arkansas having won all three prior contests. The Razorbacks own a 110-32 scoring advantage in the series, with the most recent game having been played 26 years ago.

The Rams are the third opponent on the Razorbacks’ 2019 slate, joining a home game with Michigan (August 31) and a neutral-site game with Texas A&M at AT&T Stadium in Arlington, Texas (September 28). Colorado State will open the 2019 season against in-state rival Colorado at Denver’s Sports Authority Field at Mile High on August 31.

But when will the SEC play a road game West of Texas?

You should really look this stuff up before commenting, bashing the SEC with dumb questions does not make you look wise.

Evan this is a schedule site go look at the SEC’s schedules. I will help you out…

Also Texas A&M at UCLA next year. Here is a list of SEC games out west since 2000:

I think I’m maybe missing one or two, but that’s pretty much it.

You need to make an * next to the LSU @ Arizona State game because that game was originally scheduled to be played in Louisiana, the only reason why it was played @ Arizona State was because of Hurricane Katrina.

“Louisiana State and Arizona State have moved their football game Saturday from Baton Rouge, La., to Tempe, Ariz., because of Hurricane Katrina, with the Sun Devils saying they will donate most of the gate receipts to the relief effort.”

Good for Colorado State… 2019 is about when the XII will finally add a couple teams, and their upgrading their schedule is an excellent move to make. Also, it’s state land grant vs. state land grant, which is always a good matchup!

We both know at the end of the day there are more schools that are more deserving to move into the Big 12 before Colorado State.

Honestly I think Cincinnati is the most logical due to West Virginia in the conference. followed by BYU/Boise State. Colorado State doesn’t do much in terms of bringing money into the conference even being able to get the Denver market back to the Big 12.

Also includes a home-and-home in basketball. Wonder if we’ll start seeing more of these types of deals? I think Cincinnati and Michigan set something up like that, too.

Evan tells your team and the conference games they play West of Texas.