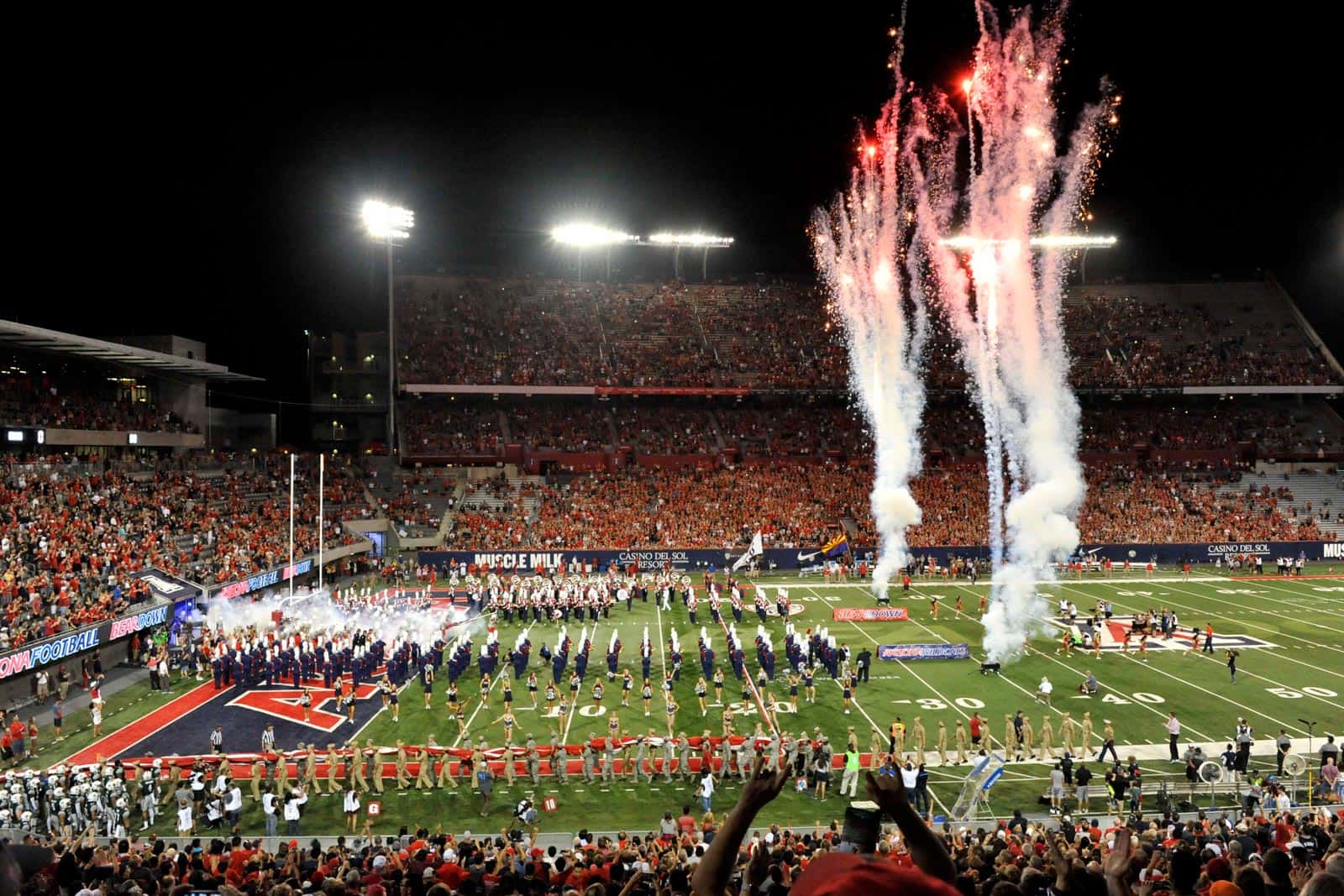 The Arizona Wildcats and the Wyoming Cowboys have scheduled a home-and-home football series for 2030 and 2033, both schools announced on Wednesday.

In the first game of the series, Arizona will host Wyoming at Arizona Stadium in Tucson, Ariz., on Sept. 14, 2030. Three seasons later on Sept. 17, 2033, the Wildcats will travel to face the Cowboys at War Memorial Stadium in Laramie, Wyo.

Arizona now has two scheduled non-conference matchups for the 2030 and 2033 seasons. The Wildcats are slated to travel to play the Virginia Tech Hokies on Aug. 30, 2030 and will host the Alabama Crimson Tide on Sept. 3, 2033.

The Arizona Wildcats also confirmed today a future matchup that we reported on Monday. Arizona will host the Weber State Wildcats of the Big Sky Conference in Tucson on Sept. 6, 2025.

Arizona is the first announced non-conference opponent for the Wyoming Cowboys for both the 2030 and 2033 seasons.

Arizona was scheduled to open the 2020 season in Week Zero at home against Hawaii, but the game was canceled due to the novel coronavirus 2019 (COVID-19) pandemic. Non-conference games at home against Portland State on Sept. 5 and at Texas Tech on Sept. 19 have also been scrapped.

Wyoming is currently scheduled to open the 2020 season on Saturday, Sept. 5 at home against Weber State. The Cowboys have had one non-conference contest canceled, a Sept. 19 home tilt against Utah.