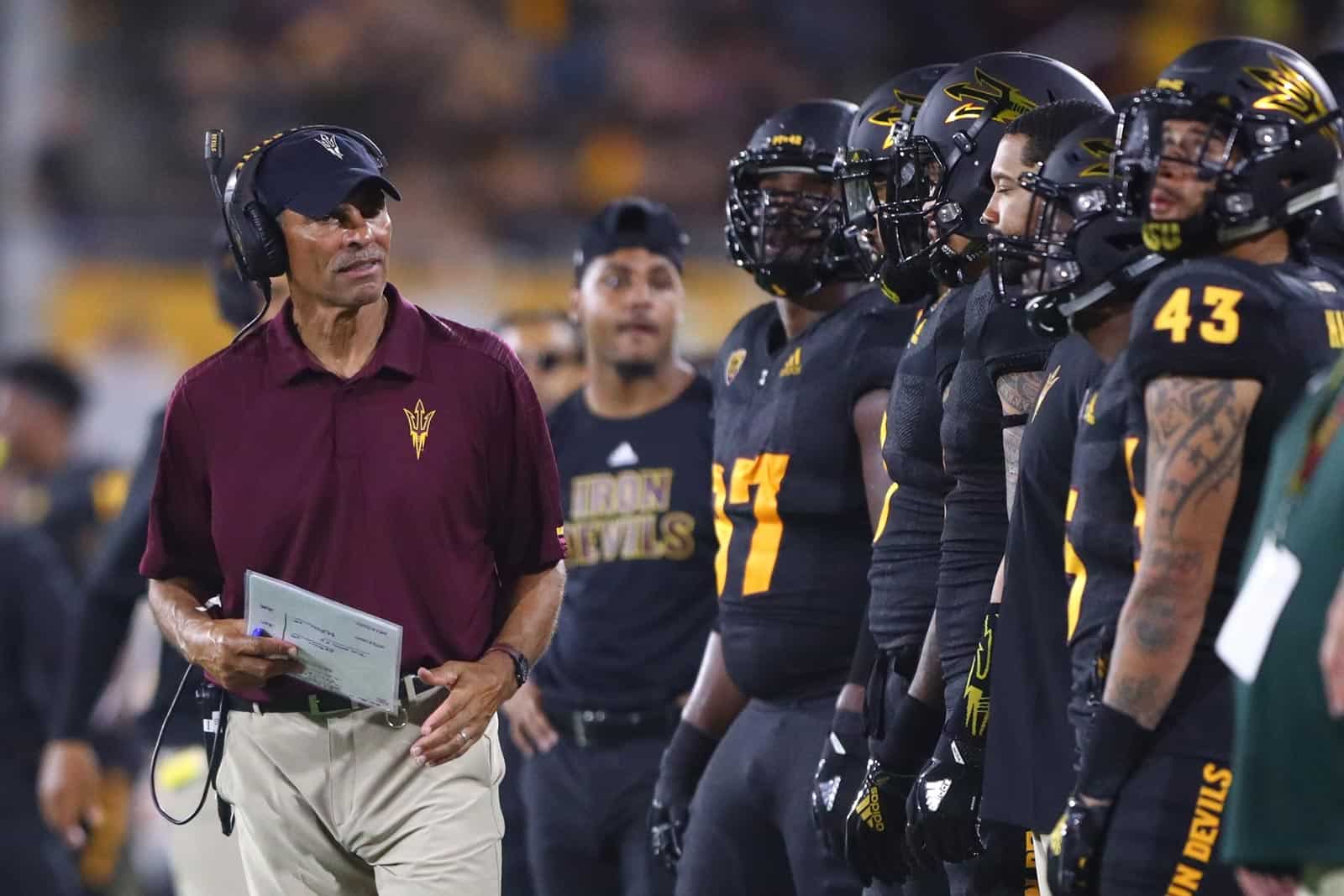 The Arizona State Sun Devils have added the Southern Utah Thunderbirds to their 2021 football schedule, it was announced on Friday.

Arizona State will host Southern Utah at Sun Devil Stadium in Tempe on Sept. 4, 2021. The game will mark the first-ever meeting between the two schools on the gridiron.

The Southern Utah contest replaces a previously scheduled game against the Louisiana Ragin’ Cajuns that has been canceled. ASU will pay Louisiana $200,000 as part of the agreement.

Southern Utah is a member of the Big Sky Conference in the Football Championship Subdivision (FCS). Last season, the Thunderbirds finished 1-10 overall and 1-7 in conference play.

“We are thrilled to be able to play ASU in 2021,” SUU head coach Demario Warren said. “We have made a concerted effort to make SUU a viable and desired destination for Arizona recruits and behind the efforts of coach Aaron Fernandez we have been able to do so the last couple years. This will give our Arizona players an opportunity to play in their home state, in front of friends and family, as well as give our entire team and staff a chance to compete at one of the best and upcoming programs in the country. I have an immense respect for ASU’s AD Ray Anderson and head coach Herm Edwards and we are grateful and excited for for this opportunity to compete at Sun Devil Stadium.”

The addition of Southern Utah completes Arizona State’s non-conference schedule for the 2021 season. The Sun Devils are also scheduled to host UNLV on Sept. 11 and play at BYU on Sept. 18.

Southern Utah has also completed their 2021 non-conference schedule. The Thunderbirds are also set to play at San Jose State on Aug. 28 and host Abilene Christian on Sept. 11.