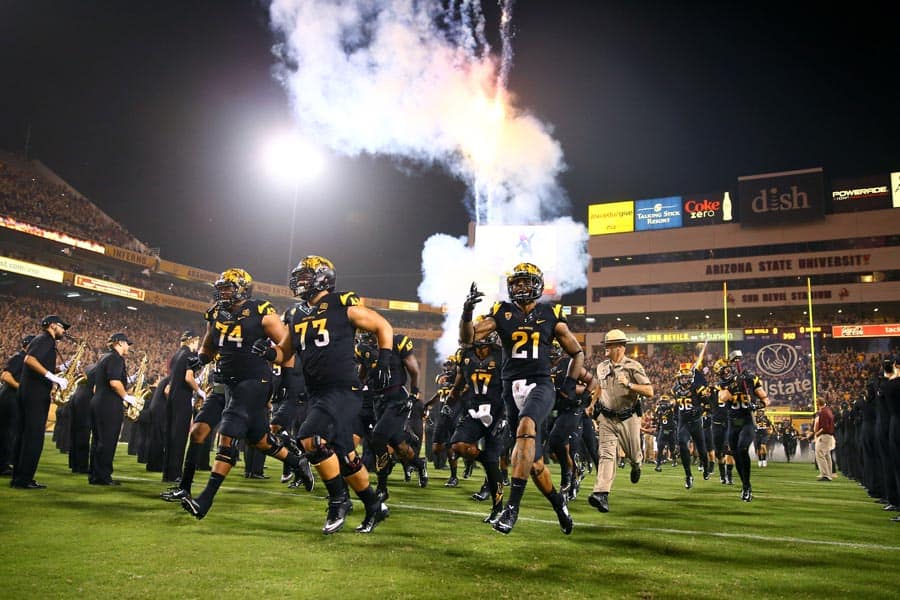 The Arizona State Sun Devils have added six games to their future football schedules, including a home-and-home series with Oklahoma State, and have postponed a series against LSU, ASU Vice President for University Athletics Ray Anderson announced on Tuesday.

“We are proud to announce this series with Oklahoma State,” said ASU Vice President for University Athletics Ray Anderson. “We have been long committed to playing future football games against some of the nation’s finest non-conference opponents every year. We believe our fan base will enjoy this series.”

“I am excited about the series with Oklahoma State University,” says Sun Devil Head Football Coach Todd Graham. “Scheduling is very important to the overall success of a program and this is the type of matchup that we are seeking to fulfill our future dates. This series will continue to help build our football program.”

Arizona State and Oklahoma first met on the football field in 1984 and have played a total of three times. In their last matchup in 1993, Arizona State nipped Oklahoma State 12-10 in Tempe to take a 2-1 lead in the series.

Oklahoma State replaces a previously scheduled home-and-home series with LSU on the same dates in both 2022 and 2023. Per the release, the ASU-LSU series will now take place in Tempe on Sept. 12, 2026 and in Baton Rouge on Sept. 8, 2029.

Arizona State also announced today a new home-and-home series against the San Diego State Aztecs. ASU will host SDSU on Sept. 18, 2027 in Tempe and will then travel to play the Aztecs on Sept. 9, 2028 in San Diego.

Looking back at articles reporting schedule changes, I saw this one about the LSU home and home being pushed back again. Not where Joe gets his information but there is ample evidence the LSU, not ASU, asked for the later years.