Arizona to host Northern Arizona in 2019, Portland State in 2020 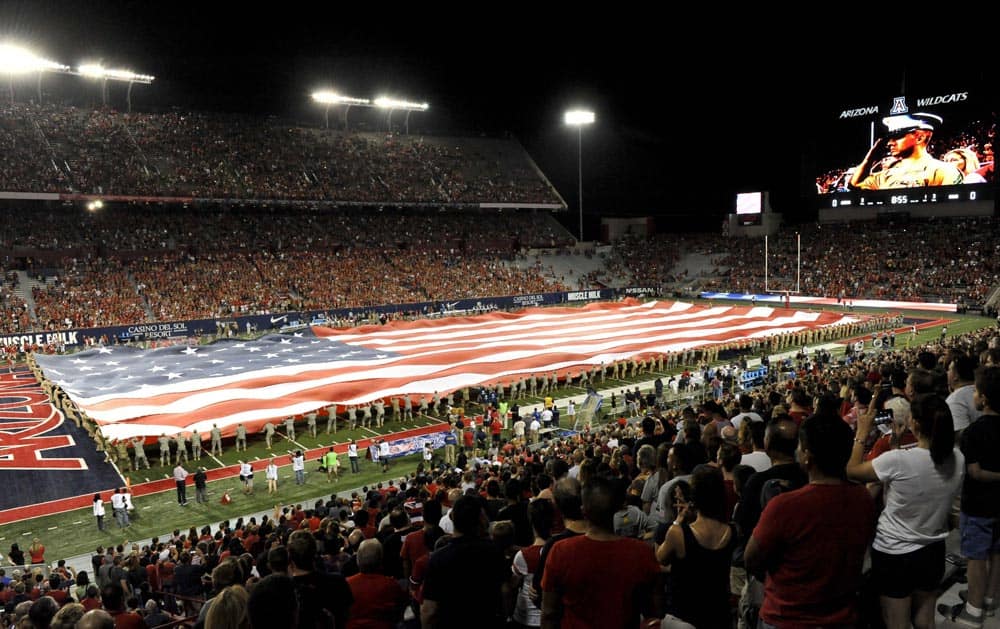 The Arizona Wildcats will host the Northern Arizona Lumberjacks in 2019 and the Portland State Vikings in 2020, FBSchedules.com has learned.

Arizona will host Northern Arizona at Arizona Stadium in Tucson on Sept. 7, 2019. The Lumberjacks will receive a $450,000 guarantee for the game, according to a copy of the contract obtained from the University of Arizona via a public records request.

NAU is a member of the Big Sky Conference in the Football Championship Subdivision (FCS). Last season, the Lumberjacks finished 7-4 overall and 5-3 in conference play.

Arizona and Northern Arizona first met on the gridiron in 1931 and have played 14 games overall. The Wildcats lead the series 13-1.

Arizona will host Portland State in Tucson on Sept. 12, 2020. According to a copy of the contract, the Wildcats will pay the Vikings a $550,000 guarantee.

Portland State is also a member of the Big Sky Conference in the FCS. Last season, the Vikings finished 9-3 overall and 6-2 in conference action. In the second round of the FCS playoffs, Portland State fell to Northern Iowa 29-17.

The 2020 matchup between Arizona and Portland State will be their first-ever meeting on the gridiron.

The addition of NAU and Portland State tentatively completes Arizona’s 2019 and 2020 non-conference schedules. The Wildcats still need one additional opponent in 2017 and 2018, and presumably both will be FCS teams.