Arizona and Hawaii to open 2019 season one week early 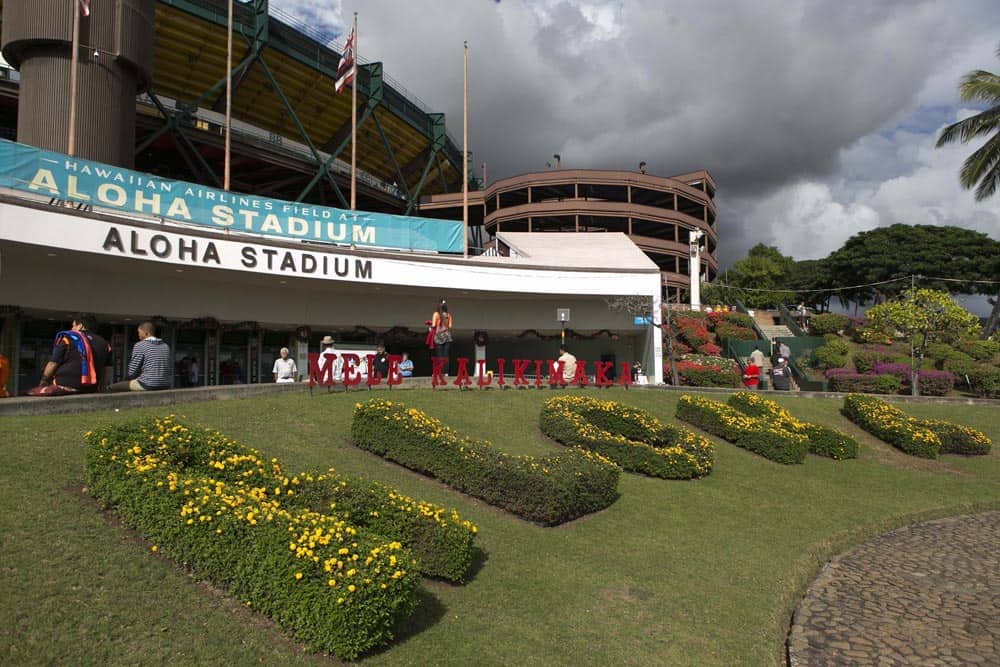 Back in 2012, the Arizona Wildcats and the Hawaii Rainbow Warriors signed an agreement to play a home-and-home football series in 2019 in Honolulu and in 2020 in Tucson.

The 2019 game was scheduled as the season-opener and would have been played on Saturday, Aug. 31, which is Labor Day weekend.

However, due to a recent change in NCAA rules, Arizona and Hawaii have opted to move their 2019 season-opener up one week and will now play on Saturday, Aug. 24, 2019.

The change was agreed to and signed by both schools in an amendment to the game contract, a copy of which was obtained by FBSchedules.com via a public records request to the University of Arizona.

The NCAA rule that was modified, effective Aug. 1, 2016, was 17.10.3 First Contest. An exception was added allowing teams that play a regular-season game in Hawaii to play their first contest the Saturday prior to the Thursday preceding Labor Day.

Prior to the rule change, the Thursday prior to Labor Day was the earliest the college football season could start unless an exception was granted by the NCAA.

Below is the full NCAA rule:

The new playing date exception was first used this season when California and Hawaii opened at ANZ Stadium in Sydney, Australia. Although the game kicked off on Friday, Aug. 26 in the states, the local date was Saturday, Aug. 27.

Next season, San Jose State is taking advantage of the exception and will host USF on Saturday, Aug. 26, 2017. The Spartans play at Hawaii in 2017 on a date to be announced.

I am surprised the Week 0 exemption includes fifteen week seasons like 2019. Great for the fans, 1 more week of TV.