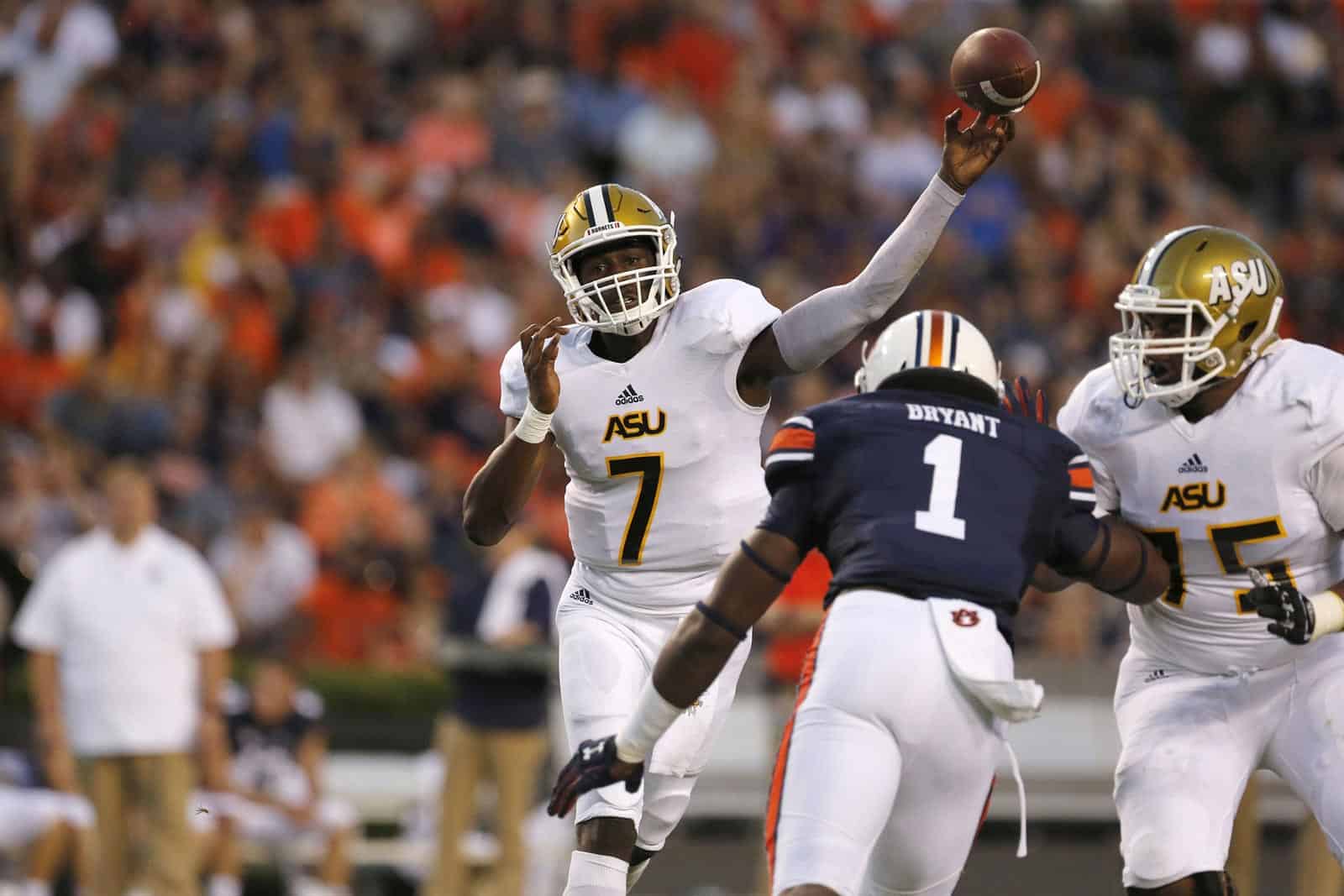 Alabama State will open the 2019 season on the road against the UAB Blazers at Legion Field in Birmingham on Thursday, Aug. 29.

The Hornets then open up their home slate with four consecutive games at ASU Stadium in Montgomery. First, the Tuskegee Golden Tigers visit on Sept. 7, followed by the Kennesaw State Owls on Sept. 14.

On Sept. 21, the Grambling State Tigers visit ASU Stadium for both teams’ Southwestern Athletic Conference (SWAC) opener. After their first open date of the season, the Alcorn State Braves come to town on Oct. 5.

Alabama State travels to take on the Jackson State Tigers the following week on Oct. 12 before their second open date of the season on Oct. 19.

On Oct. 26, Alabama State takes on the Alabama A&M Bulldogs in the Magic City Classic. The annual contest, which is played at Legion Field in Birmingham, drew 65,906 fans last season.

Alabama State’s November slate begins on the 2nd with a trip to play the Mississippi Valley State Delta Devils. That’s followed by a trip to Tallahassee to take on the Florida State Seminoles on Nov. 16.

After their third open date of the season, Alabama State closes their 2019 schedule in Montgomery in the Turkey Day Classic against the Prairie View A&M Panthers. The game is scheduled for Thanksgiving, which is Thursday, Nov. 28.

Alabama State finished the 2018 season 4-7 overall and 3-4 in conference action. The Hornets haven’t won a conference championship since the 2004 season.