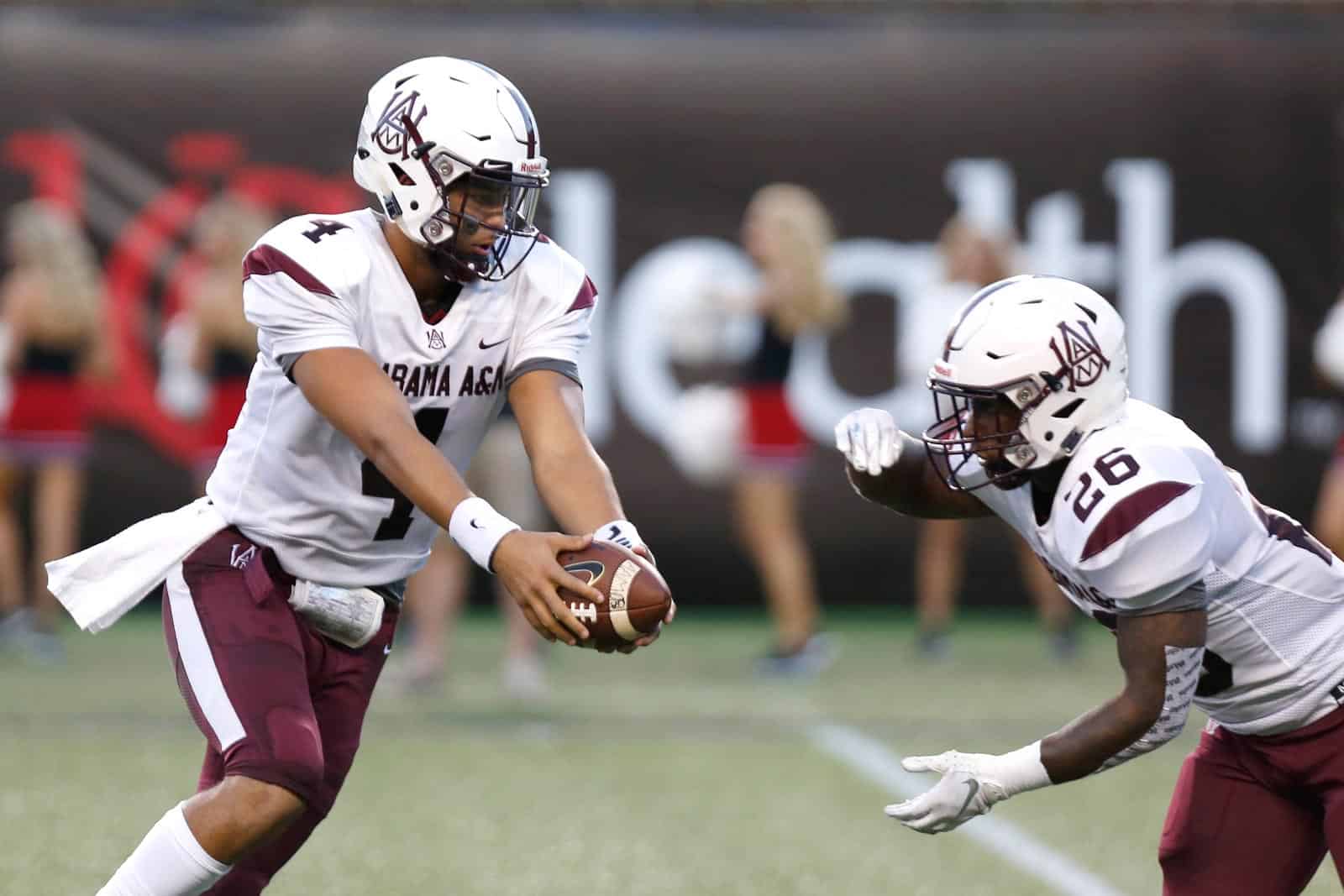 “We’re excited about the upcoming season’s football schedule,” Alabama A&M Director of Athletics Bryan Hicks said. “We believe it’s a good schedule that has several events that will be great experiences for our student-athletes and fans.”

Alabama A&M will open the 2019 season against Morehouse in the Black College Football Hall of Fame Classic. The game will be played on Sunday, Sept. 1 at Tom Benson Hall of Fame Stadium in Canton, Ohio.

The Bulldogs open their home schedule and Southwestern Athletic Conference (SWAC) play at Louis Crews Stadium in Huntsville on Sept. 7 against the Arkansas-Pine Bluff Golden Lions in the Louis Crews Classic.

Alabama A&M then travels for consecutive road contests, first at the North Alabama Lions on Sept. 14. The Bulldogs then make the short trip to Birmingham to take on the Samford Bulldogs on Sept. 21.

Next up is the Gulf Coast Challenge at Ladd-Peebles Stadium in Mobile, Alabama. The Bulldogs will take on the Central State Marauders in that contest on Sept. 28.

Alabama A&M returns to Huntsville to host the Texas Southern Tigers for Homecoming on Oct. 5. The following week on Oct. 12, the Bulldogs travel to play the Grambling State Tigers, which will be considered a non-conference contest.

After their only off week of the season, Alabama A&M squares off with the Alabama State Hornets in the Magic City Classic. The game is set for Oct. 26 at Legion Field in Birmingham.

Alabama A&M opens up November with a trip to play the Southern Jaguars on the 2nd, followed by a home contest against the Jackson State Tigers on Nov. 9 (AAMU Hall of Fame).

The Bulldogs close out the 2019 regular-season with a trip to play the Alcorn State Braves on Nov. 16, followed by a home contest against the Mississippi Valley State Delta Devils on Nov. 23 (High School Day).