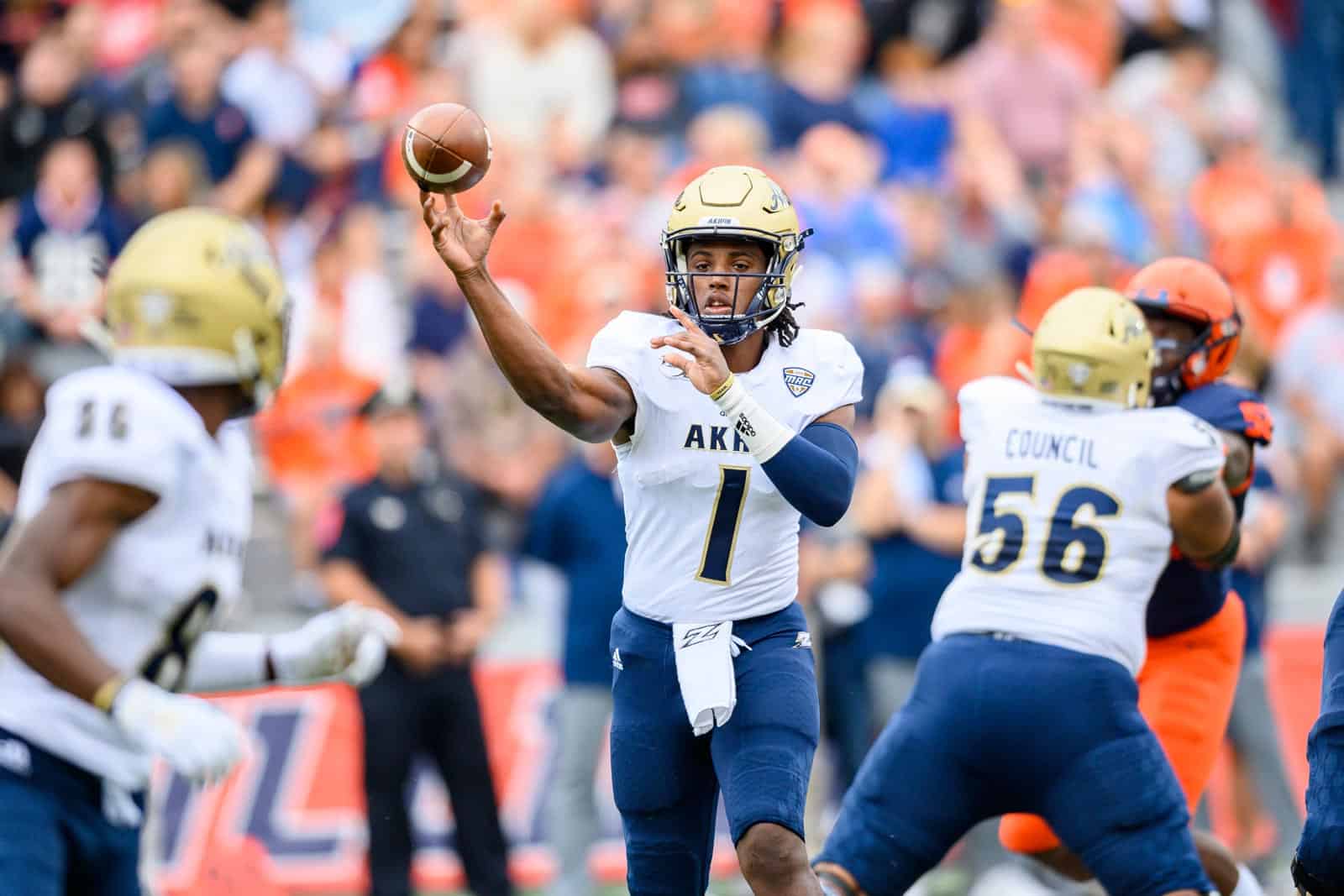 The Akron Zips and the San Jose State Spartans have scheduled a home-and-home football series for the 2024 and 2027 seasons, FBSchedules.com has learned.

A copy of the football game contract was obtained from both the University of Akron and San Jose State University via state public records requests.

The series will begin with Akron hosting San Jose State at InfoCision Stadium – Summa Field in Akron, Ohio, on September 28, 2024. The Zips will travel to take on the Spartans at CEFCU Stadium in San Jose, Calif., three seasons later to conclude the series on September 11, 2027.

The 2024 contest between Akron and San Jose State will mark their first-ever meeting on the gridiron.

San Jose State is the third non-conference opponent scheduled for Akron for their 2024 schedule and first for their 2027 schedule. The Zips’ 2024 slate also includes road contests at the Kentucky Wildcats on Aug. 31 and the South Carolina Gamecocks on Sept. 21.

The Spartans have tentatively completed their 2024 non-conference football schedule with the addition of Akron. San Jose State is scheduled to host the Sacramento State Hornets on Aug. 31, play at the USC Trojans on Sept. 7, and host the Oregon State Beavers on Sept. 14 that season.

Akron is 0-3 so far this season following losses to Illinois, UAB, and Central Michigan. San Jose State is 1-1 after defeating Northern Colorado and falling to Tulsa.

This rekindles fond memories of the beloved California Raisin Bowl.

This match-up makes great sense. Teams with less than 3 wins per year over 3 years should be consigned to he “Kiddie Table” of the FBS placed in a remedial, transitional league with a schedule of playing each other. Bowl Shares and league TV money they may “earn” with a league tie-in will be held in escrow until they graduate from their FBS ultra-lite status. To graduate they will have to win at least 5 games per year over 3 years rejoining their original league.
Based upon attendance neither Akron nor San Jose St average 15,000 fans, which was a requirement for membership in the Div 1-A or FBS. That requirement should be reinstated. These are in reality FCS teams that think they are on the same level as the Alabama’s, TCU’s and Ohio State’s or the football world, they aren’t.
If football teams were given a human body reference, Akron would be the Varicose veins and San Jose St would be a genital wart.