ACC Football Championship Game to remain in Charlotte through 2019 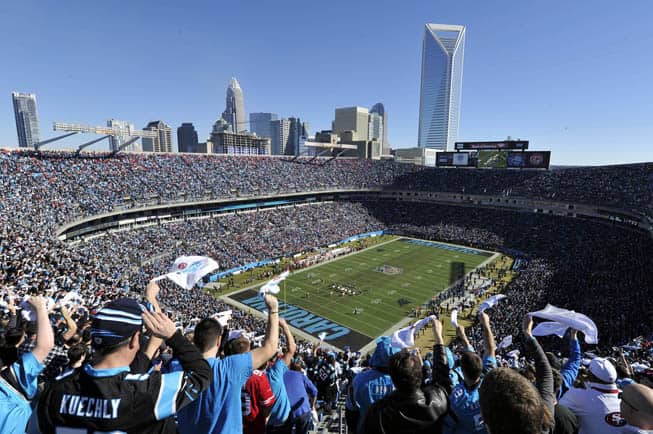 The 2014 game will be played on Saturday, December 6 and will feature a match-up between the Atlantic and Coastal Division champions.

“We are pleased to announce that Charlotte will continue to be the home of the Dr Pepper ACC Football Championship through the 2019 season,” said Swofford. “The Charlotte Sports Foundation, Bank of America Stadium, the Carolina Panthers and entire City of Charlotte have been outstanding partners and continue to facilitate the growth and success of the game and our many ancillary events. This annual weekend is a true celebration of ACC Football.”

The ACC Football Championship Game was first played in Charlotte in 2010 and has been there ever since. Jacksonville was the host of the first three title games from 2005 through 2007 before the game moved to Tampa in 2008 and 2009.

Charlotte’s Bank of America Stadium is home to the NFL’s Carolina Panthers and has a seating capacity of 73,778. The 2011 match-between Clemson and Virginia Tech was very close to a sellout at 73,675.

The 2013 match-up featured Florida State against Duke, a game in which the Seminoles dominated 45-7. The official attendance for that game was announced as 67,694.

I think this is the best option for the ACC now, would be nice if the stands were covered, but generally the weather isn’t too bad and North Carolina is still the center of the conference and CLT is a enough of a hub to fly into for fans. The second best is for the higher ranked division champ to host, but that can have its own problems as well especially is it happens to be a school with a smaller stadium or one that is father north and weather is worse.