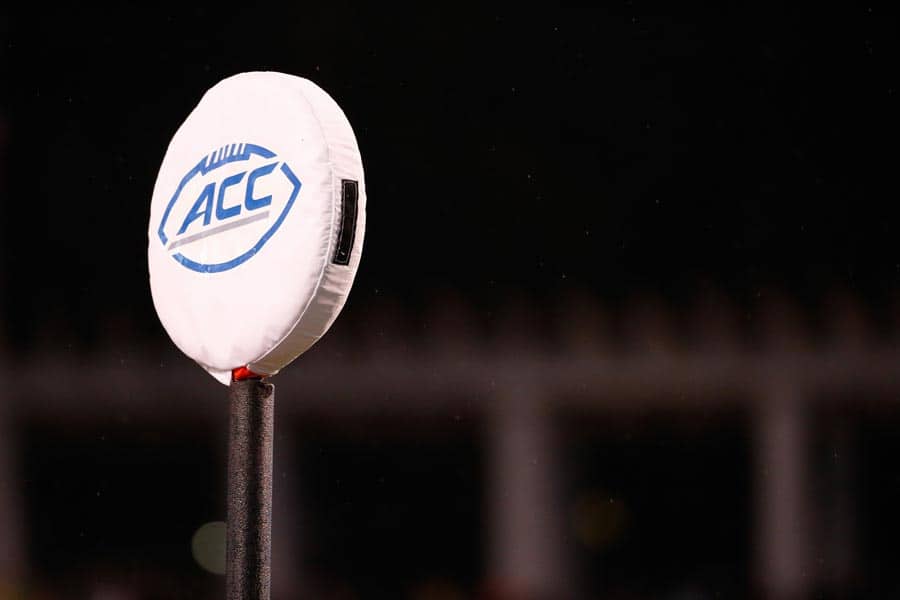 The ACC early season 2016 football TV schedule has been announced, which features 21 games on the ESPN networks.

Three non-conference games highlight the schedule during the first week. North Carolina vs. Georgia (at Atlanta, GA) and Clemson at Auburn, both on Saturday, Sept. 3, followed by Ole Miss vs. Florida State (at Orlando, FL) on Monday, Sept. 5.

Listed below are the ACC games have been selected for television as of May 19:

Surely the who schedule the games can do better. Kudos for the few jems in there. Ga Tech-Boston College. Clemson-Auburn. Penn State – Pitt. Va Tech – Tennessee. THOSE, I’ll watch!

Yes and I predict 4 upsets out of your 13 games. Several FCS teams are better than the bottom half of the Group of Five teams… Open your mind some and watch a few of these games

Richmond over Virginia is a possiblility…..Mercer will force Ga. Tech to play its starters all 60 minutes…perhaps too Liberty @ VPI.

VT will not lose to Liberty

ready for the U to come to the ROCK!

What some yo-yo not saying anything about the SEC ooc schedule.