ACC, American to meet in The Fenway Bowl beginning in 2020 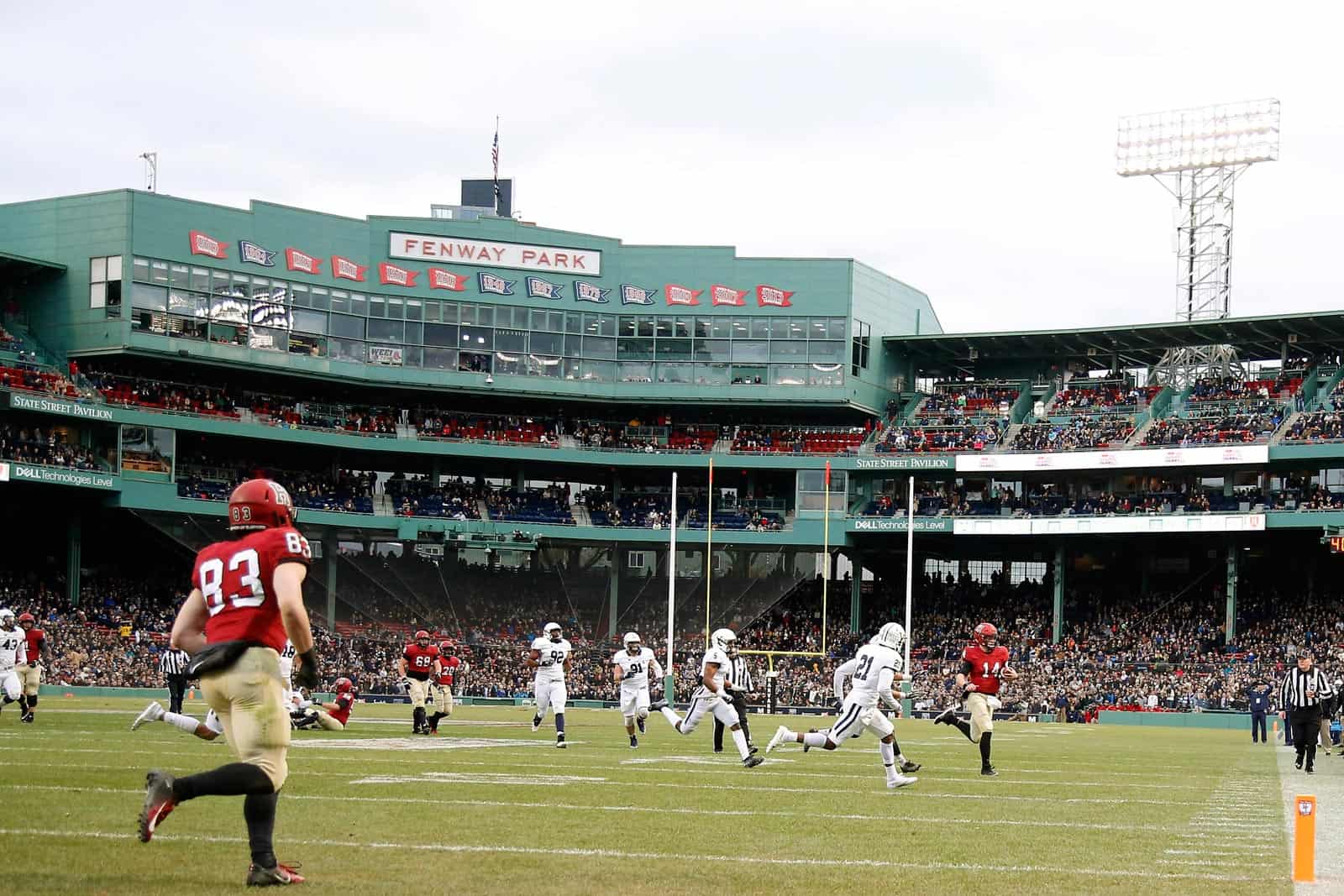 Teams from the ACC and the American Athletic Conference will meet in The Fenway Bowl beginning in 2020, Fenway Sports Management (FSM), ESPN Events, and the City of Boston announced on Tuesday.

The game will be played at Fenway Park in Boston, Mass. Fenway Park, the home of Major League Baseball’s Boston Red Sox, has a seating capacity of 37,755.

The inaugural bowl game will be played in December 2020 and it will be televised nationally by ESPN.

“We’re proud to announce that Fenway Park will host this prominent new addition to the NCAA bowl lineup that will provide New England sports fans with the opportunity to experience first-hand all the excitement, glory, pageantry and top-flight competition that embodies the college football bowl season,” said Red Sox President & CEO Sam Kennedy. “Producing dynamic events of this caliber is precisely what our ownership group envisioned when they made the commitment to reestablish the ballpark as a year-round venue that showcases the very best in competitive sports and entertainment. We look forward to working with the American Athletic and Atlantic Coast Conferences, ESPN Events and Mayor Walsh and his team to ensure these games are a memorable experience for the student-athletes, the coaches, and our fans.”

Football has been played at Fenway Park for at least 100 years. Most recently, the ballpark hosted the Harvard-Yale game in 2018 and a trio of college football games in 2017 — Brown-Dartmouth, UMass-Maine, and UConn-Boston College.

The Fenway Bowl is one of three new college football bowl games that will debut in 2020. Other new bowl games include the Myrtle Beach Bowl, matching two teams from Conference USA, MAC, and the Sun Belt at Brooks Stadium in Conway, S.C., and the Los Angeles Bowl, which will be played at the new SoFi Stadium in Inglewood, Calif., featuring teams from the Pac-12 and Mountain West.

With three new bowls added, there will be a total of 43 bowl games following the 2020 season, plus the College Football Playoff National Championship. Of the 130 Football Bowl Subdivision (FBS) teams, 86 will play in a bowl game (66%).

Why must we have CFP title games in outdoor stadiums in cold-weather cities?

Part of the lure of the game is that it’s played in a destination that people want to go in January. Maybe this will prove to be an unpopular comments, but it’s great that we have games like this or the Pinstripe Bowl, but there is literally no reason to play a college football game that matters in January in Boston when you can play it in Arizona or Florida.

They are finding interesting stadiums to play these bowls games, these are smaller bowls so I don’t think it is hurting anything being in the north but I do agreed with you, there is a reason why bowls are mostly played in Florida, Texas, & California.

There are many things to do in winter up north. Skiing. Ice skating. Shopping.

Remember that Super Bowl in NJ? It opened the door for more cold weather title games.

I live in MA and winter games aren’t a big deal. Dress warm, bring a blanket and you’ll be fine.

The Patriots play in MA late into January every year and they sell out every game. Should the AFC championship be moved to Miami because it’s to cold?

Read what I stated above. There is literally NO reason for Alabama, Georgia, Oklahoma and Clemson (the teams that more often than not are playing for the national title now are teams from southern areas) to play in Boston when they can meet in Phoenix, Houston, Miami, Los Angeles or New Orleans.

if teams that don’t matter, like anyone in the Big Ten not called Ohio State and someone from the American want to play in Boston, fine.

But games that really matter in college football should not be played in Boston or any other cold weather city when they don’t have to be played there.

Using a pro team playing in their home stadium as an example when the debate is clearly about college football bowl games is ridiculous.

Hey Arnold, you are the definition of both a chicken and a pussy.

Many Southern teams have avoided playing outdoors up North late in the season for too long. It’s about time this catch up to them.

Oh and one more thing – if things go a certain way, college football will become the second level of pro football because they would start paying college athletes for their services

And also, there’d be plenty of hot chocolate to go around at a cold weather CFP title game

Too many bowls now. These new bowls need to go away and we need to get rid of about 10-15 more. I say have 3-4 bowls the Saturday before Christmas then one bowl a night between Christmas and New Year’s and then 5 or 6 including the playoff games on New Year’s day. The CFB ought to say you need to win at least 7 to get in a bowl. Get rid of any bowl played North of Tennessee or multiple bowls in Metro areas.

Although I will not eliminate as many games as you suggest 43 or 86 teams out of 130 is just way to many. Quite a few 5-7 teams will be getting a Bowl Invitation.

Please eliminate the three new bowls and about 5 others to get to 35 Bowls or 70 teams. Have one or two bowls available without a pre determined bowl tie in to get a good matchup. I am OK with Bowls in Dome’s and moderately north.

We need as many bowl eligible teams in bowls as possible. Otherwise many smaller FBS programs will be staying home very often.

The 2015 and ’16 seasons were really good for me. We didn’t have enough eligible teams to go around so every team that was nominally eligible got into a bowl. That had never happened before 2015.

A) too many bowl games, should be capped at 20
B) no bowl games in baseball specific venues.

Agreed, love watching bowl games. If it was capped at 20 games only P5 teams with large fan bases would get in.

If you think there’s to many why do you have to watch the smaller bowl games?

On one hand, there are way too many bowl games. On the other, this gives me another game to watch during the holidays!

No product naming rights sold for the Fenway Bowl yet, I suggest Arctic Cat Fenway Bowl (Snow Mobiles) or Skis Rossignol Fenway Bowl. The North Face Fenway Bowl has a good ring to it.

I guess if you understood football that would make sense to you. I’m sure, however, understanding football is the least of your worries. Going through life as an imbecile must be difficult. I’ll pray for you.

I resent that remark. Like I said, this needs to catch up to the Southern teams.