8 non-conference blockbusters to look forward to in 2019 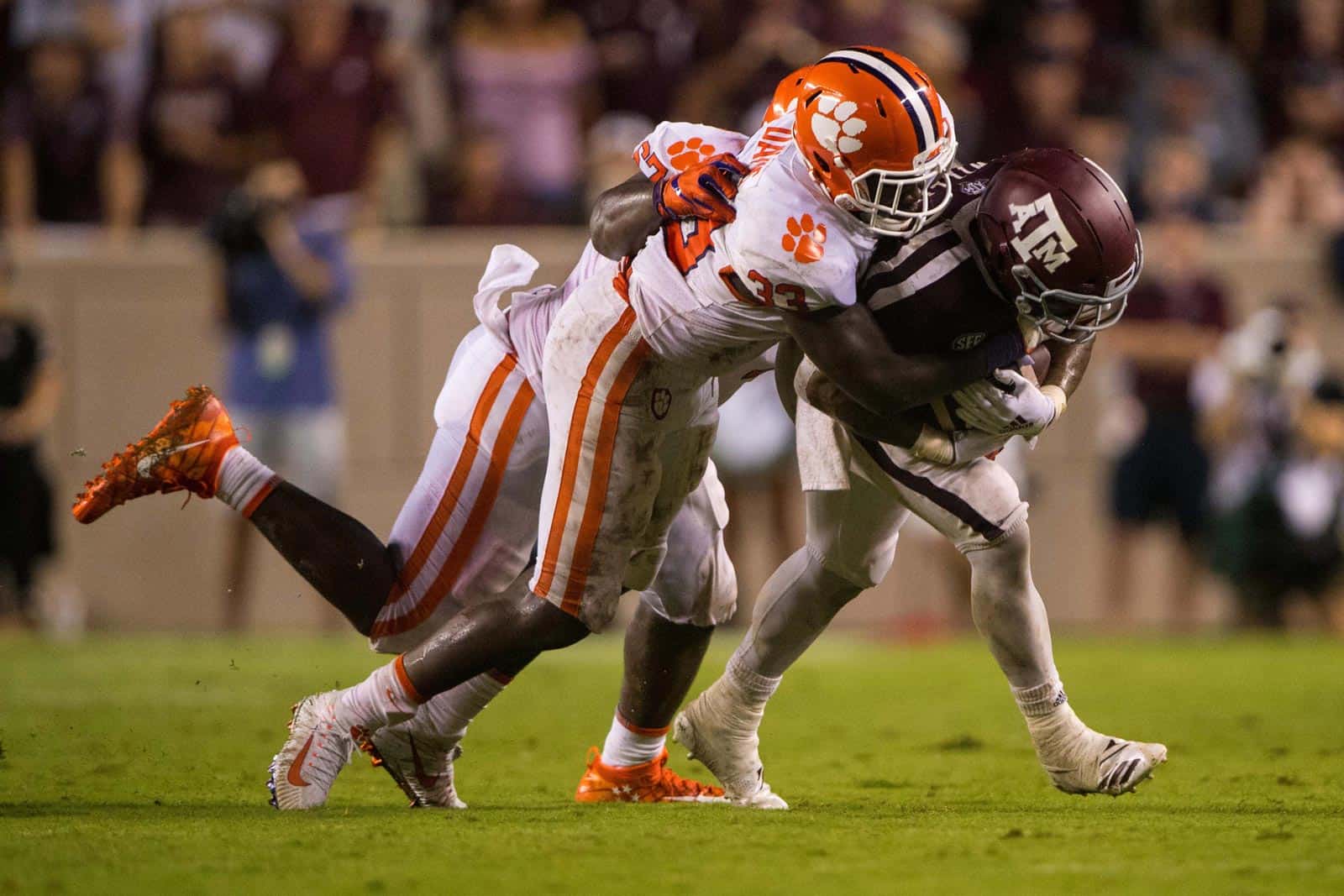 In the words of everybody except for the contingency from Clemson – there’s always next season.

And what a season 2019 will be. Not only will all our beloved alma maters be in contention for a CFP slot – at least until Week 2 – it will, once again, be four months of the purest form of reality TV known to mankind.

If these matchups don’t get you wishing it was September again, nothing will.

Though both Miami and Florida clash annually with in-state rival Florida State, this will be the first time the Gators and Hurricanes have met since 2013. Once a regular fixture, the two played every year from 1938 through 1987 apart from 1943, when the series was suspended for WWII.

It’s also the renewal of the Florida Cup or “State Championship of Florida.” Dating to 2002, it’s awarded to the annual winner of the Florida, Florida State, and Miami rivalry. It’s also one of only four three-way rivalry trophies in the FBS (along with the Commander-in-Chief, Beehive Boot, and Michigan MAC).

Miami isn’t mentioned in ESPN’s early rankings, but the Gators come in at a jaw-dropping No. 7. The Hurricanes lead the series 29-26, won the most recent meeting, and have won seven of the last eight.

From the hazy safety of January, this looks to be one of the few Top 25 matchups scheduled for Week 1 of 2019. The debut edition of ESPN’s Way-Too-Early Top 25 has Oregon at a lofty No. 12 and Auburn at No. 23.

If those rankings hold, this game will decide where each team falls on the “for-real” meter.

If Texas A&M beats Texas State in its opener and Clemson downs Georgia Tech, this ought to be a clash of Top Ten teams. The defending national champions earned the No. 1 slot in ESPN’s early vote and the Aggies are at No. 9. Even if A&M slips into the Top 15, this lines up to be one of the best non-conference games in 2019.

Last season, the unranked Aggies came within two-points of beating (2) Clemson in College Station – the closest any opponent came to upending the Tigers.

Though the two programs don’t share loads of history (they’ve only met five times, all between 1973 and 2018), their respective head coaches do. Clemson’s Dabo Swinney squared off head-to-head with A&M’s Jimbo Fisher eight times while Fisher was the head man at Florida State – each coach winning four-times apiece. The two also evenly split the six occasions when both teams were ranked in the Top 25.

This game is way more than a tip of the hat to the rich history of two great programs who haven’t met since 1962. No indeed, while ESPN has Michigan at an unsurprising No. 11, what if I told you they have Army at No. 25?

It’s also the same group that returns 13 starters to the field in 2019 from a squad that held (5) Oklahoma to 28 points in a 7-point loss in Norman and who demolished Houston 70-14 in the Armed Forces Bowl.

Army-Michigan has all the makings of an epic David vs. Goliath battle, the kind of matchup that can make college football great, not so much again, but still.

Perhaps the most attractive non-league game on paper in 2019, this one sets up to a battle of “who is really back.” ESPN has Texas at a lofty No. 8 and LSU at No. 10 in its early rankings. If the Longhorns can down Louisiana Tech in their opener, and the Tigers dispatch Georgia Southern – then this ought to be, like Clemson-Texas A&M, a battle of Top Ten teams in what looks to be a fruitful Week 2.

Other than a Week 4 road trip to Pitt, Stanford is the only Power 5-member UCF will face during the 2019 regular season. Though the Cardinal aren’t mentioned in ESPN’s early Top 25, they finished seven of the last nine seasons ranked in the AP Top 25, four in the Top Ten. The Knights come in it at No. 14 in the way-too-early, fresh off losing their first game in 26 tries.

This should be UCF’s toughest test in 2019 – which means it will be the turning point where either the Knights remain a part of the CFP conversation, or drop out of it.

Expect Stanford to be ready to play – the Cardinal open the season with a visit from Northwestern (No. 19 according to ESPN) and travel to USC in Week 2. If they can manage back-to-back wins, they should earn Top 25 honors and this turns into a ranked vs. ranked affair. Compare that to UCF, which opens vs. FCS Florida A&M and then hits the road to play FAU.

The Cardinal and Knights have only met once previously, during the 2015 regular season, a 31-7 Stanford win.

If both these teams take care of business in Weeks 1 and 2, this ought to be the game to watch in Week 3.

Notre Dame is No. 5 in ESPN’s early predictions and opens at Louisville before hosting New Mexico in Week 2. Georgia comes in at No. 3 and has a road trip to Vanderbilt in Week 1 and returns home to host FCS Murray State on Sept. 7.

After visiting Georgia on Sept. 21, the Irish host Virginia in Week 4, Bowling Green in Week 5, and then USC in Week 6. They take Week 7 off and then make the three-hour trek to Ann Arbor to square off with Michigan on Oct. 26.

The Wolverines are No. 11 in ESPN’s premature Top 25, but lots must happen for them to stay afloat until late October. The biggest challenges come in the form of a Week 4 roadie at Wisconsin, a Week 5 visit from Iowa, and a Week 8 date at Penn State.

No matter how it plays out, this will be a big game, likely between ranked teams.

Michigan leads the all-time series 24-17-1 but Notre Dame has won the last two, including earning a 24-17 victory last season in South Bend.

It is going to be very strange seeing Michigan-Notre Dame in a month that’s not September.