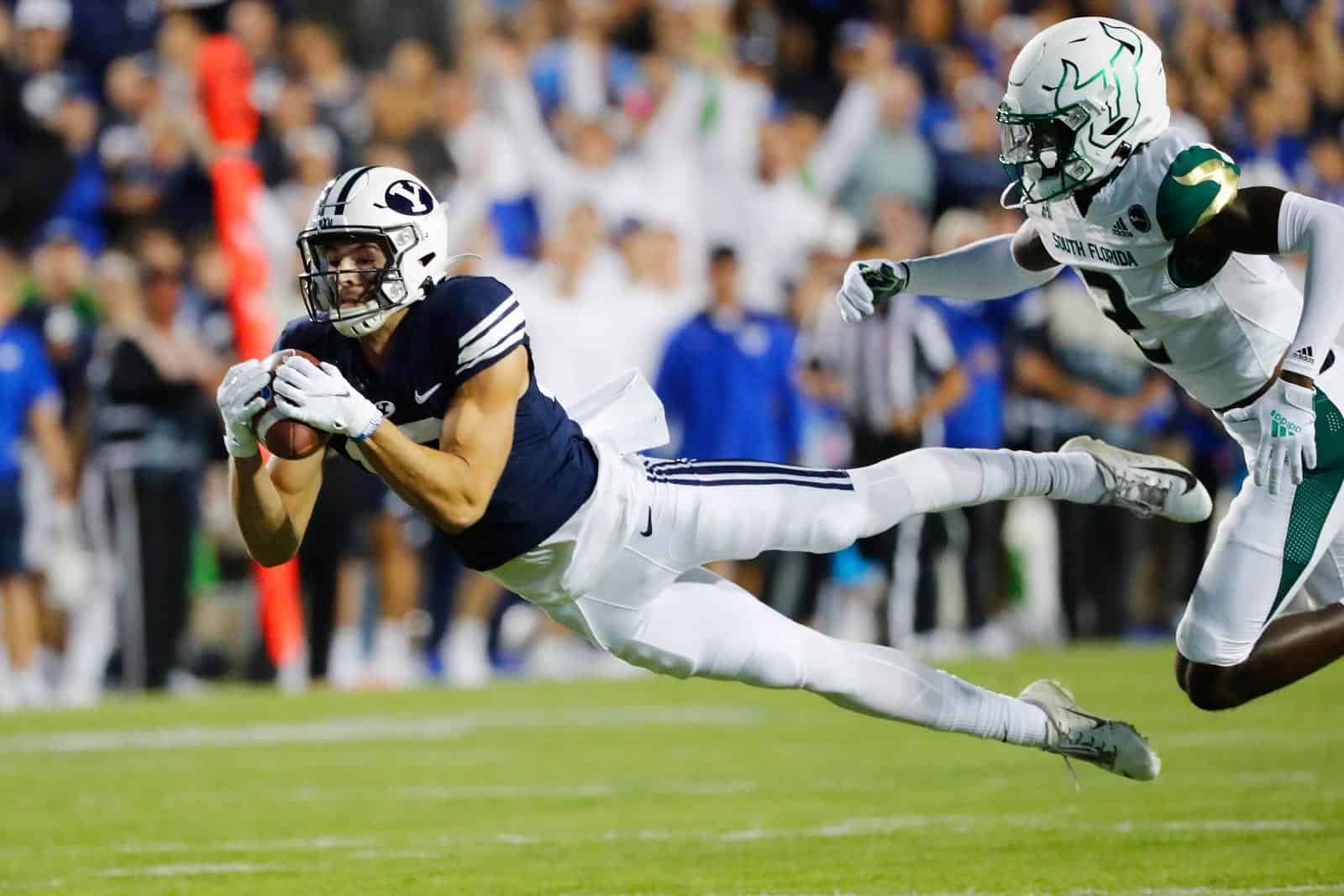 The USF Bulls at BYU Cougars football game in 2023 has been rescheduled for the 2026 season, USF announced on Tuesday.

USF and BYU were scheduled to play the second game of a home-and-home series at LaVell Edwards Stadium in Provo, Utah, on Oct. 28, 2023. However, BYU’s move to the Big 12 in 2023 has changed those plans.

The two schools met in Provo earlier this season to complete a home-and-home series that began in 2019. USF defeated BYU 27-23 in Tampa in 2019 before the Cougars claimed the second game of the series with a 35-27 victory in Provo on Sept. 25, 2021. The 2019 matchup was the first-ever meeting between the two schools on the gridiron.

In order to reschedule the 2023 BYU game for the 2026 season, USF has postponed their game at the Louisville Cardinals in 2026 to a future season to be announced.

USF also confirmed today our report from last week that they will play a future home-and-home series with the UConn Huskies. In the first game of the series, UConn will host USF at Pratt & Whitney Stadium at Rentschler Field in East Hartford, Conn., on Saturday, Oct. 21, 2023. The series will conclude with the Huskies traveling to take on the Bulls at Raymond James Stadium on Saturday, Sept. 2, 2028.

…does that mean the Big 12 Conference already has a scheduling Model unofficially released to BYU & the other 3 Future Members encouraging them to play Games in the middle of Oktober when Conference play is in traditional full swing? Askin ??s

Maybe, the Big Ten has slowly been moving to playing some non-conference games later in the season, so the Big 12 might be doing so as well.