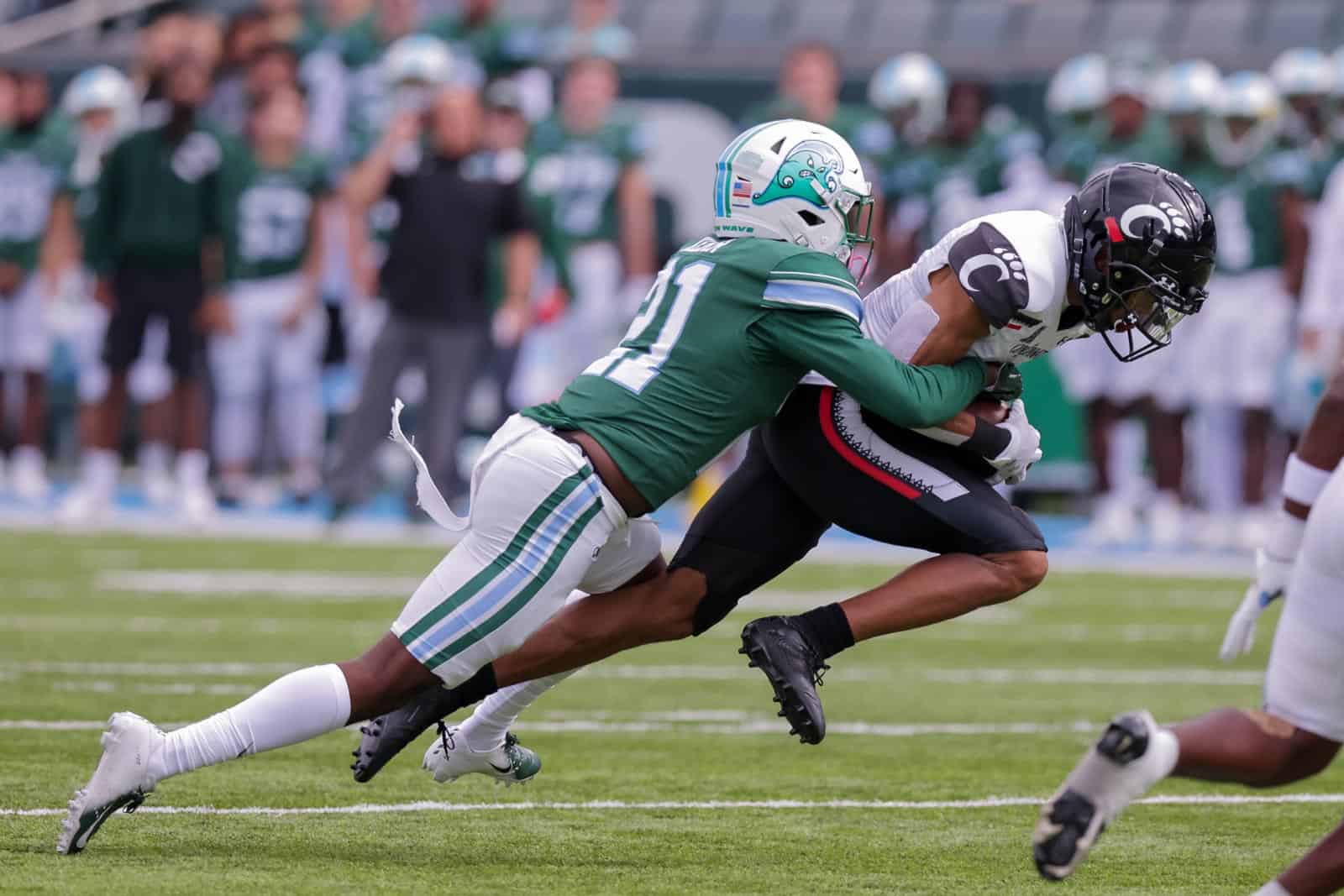 The 2022 Tulane Green Wave at Cincinnati Bearcats football game has been moved to Black Friday, it was announced on Monday.

The American Athletic Conference contest between Tulane and Cincinnati, originally scheduled for Saturday, Nov. 26, will now be played on Friday, Nov. 25, which is the day after Thanksgiving. The game will kickoff at noon or 3:30pm ET and will be televised by either ABC or ESPN.

Tulane and Cincinnati will square off at Cincinnati’s Nippert Stadium in Cincinnati, Ohio, which has a seating capacity of 40,000.

The Green Wave and Bearcats first met on the gridiron in 1909 and have played 18 contests overall. Cincinnati has won four consecutive games in the series, including a 31-12 win in New Orleans, La., last season. However, the Green Wave still lead the overall series over the Bearcats, 11-7.

Tulane is 4-1 and 1-0 in American action so far this season. The Green Wave are next scheduled to host the East Carolina Pirates on Saturday, Oct. 8 (3:30pm ET, ESPNU).

Cincinnati currently has the exact same record as Tulane (4-1, 1-0 American) and will play host to the the USF Bulls on Saturday. The game will be streamed by ESPN+ at 2:30pm ET.

Could be an AAC title game preview