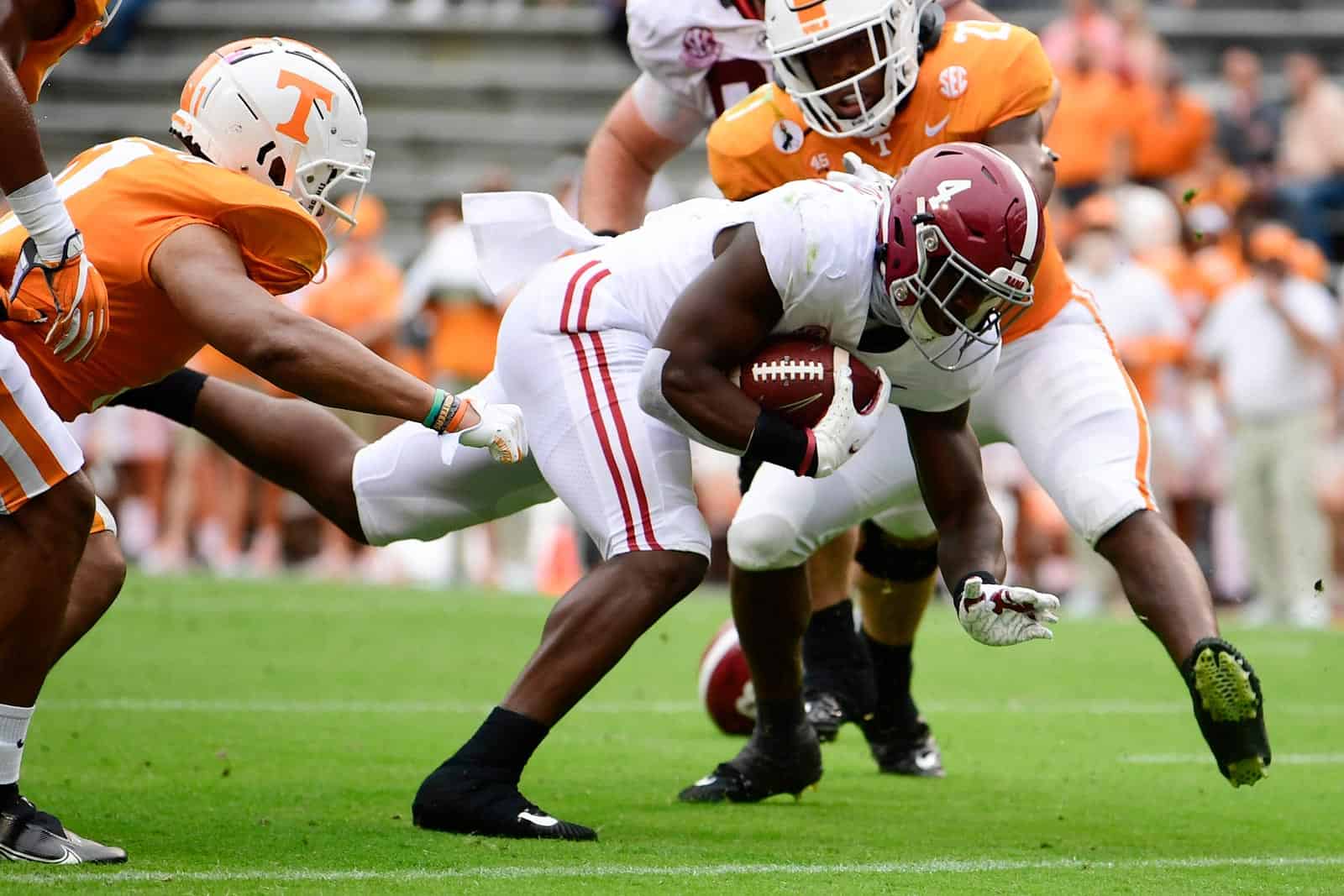 Welcome to Week 8 of 2021 SEC Football Predictions! This week features three ranked teams in action, but no ranked vs. ranked matchups. Let’s predict!

Arkansas earned a break after games against Texas A&M, Georgia, Ole Miss, and Auburn. This week’s game against the Golden Lions of Arkansas-Pine Bluff is that break.

This game has all the makings of a wild, multi-overtime game. Coach O is on his way out of Baton Rouge at season’s end and Lane Kiffin is Lane Kiffin. These two dudes have a history together at Tennessee and USC and neither coach leaves fans wanting in entertaining value.

The new overtime rules haven’t been a story in 2021. Yet.

A team must now go for two beginning in the second overtime and the dueling “penalty shot” two-point conversions begin if teams remain tied after two overtimes. I bring this up because I think we are about to see a shift in coaches taking the chance of playing an overtime game that has a good chance of coming down to converting a two-point try (or multiple tries). Honestly, I’m not sure why more teams haven’t always done what Sam Pittman attempted against Ole Miss when he went for the win rather than allowing the Rebels to score at will on his defense in overtime.

Imagine you were a head coach and at any given moment of the game the officials placed the ball on the three yard line and said, “If you can score from three yards out, you win the game.” I would think every coach would give their left ear to be given the task of coming up with one play to get three yards and be given the win. Why does that idea change when it comes to the end of a game and the prospect of overtime exists? Why chance what could happen in overtime when you are three yards from absolute victory?

Did we just spend two paragraphs discussing the inherent risk of overtime versus the very clear and absolute stakes of a two-point conversion? Yes. And it’s a discussion more of us need to have with our children. Am I right?

Mississippi State could be in for a long day if they don’t take Vanderbilt seriously. They could also throw the ball 87 times and score a ton of points. I think the result will fall somewhere in the middle of all that.

Tennessee will give Alabama’s defense fits if Herndon Hooker is available to play quarterback. The fits won’t last the entire game, but ‘Tide fans may be clinching before halftime. The game will go as most expect beginning sometime in the third quarter.

Shane Beamer is fun. I can’t wait to see what he builds in Columbia if given enough time to build it. Unfortunately, Texas A&M is a tough out this week, so Beamer will need to continue winning popularity points and patience with that great personality. The Gamecocks time is coming, though.

Hey, when a team is struggling, you can’t start taking away their wins. I think Beamer has what it takes to turn the program around, but it is going to take some time.