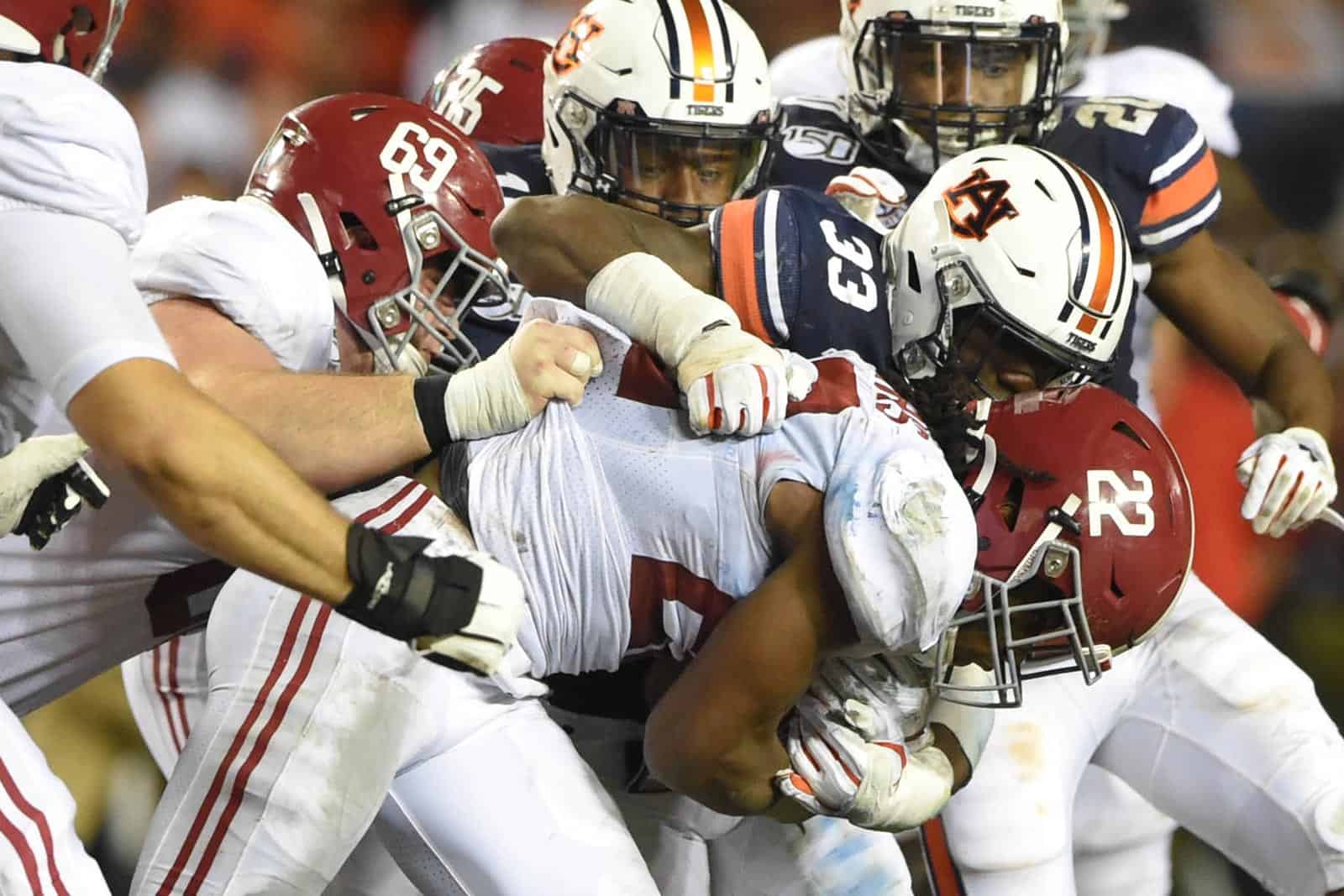 This one goes out to Cecil Hurt. If you’ve ever read an article about Alabama football, there’s a good chance Cecil Hurt wrote it. Rest In Peace to the Voice of Alabama Football.

This game may have already been played before this is published, but I’ll go ahead and give a prediction. It’s a gift you can be thankful for and that keeps giving the whole year ’round.

The final score will be a five-point win for someone. I’m picking Ole Miss, but I I won’t be surprised if the Bulldogs are the ones with 36 points and the win.

These are the two head coaches that seem to be on the right track to building competitive SEC programs. I think Sam Pittman has the horses (or Hogs) to create enough matchup problems for Eliah Drinkwitz’s Tigers. This rivalry should only get better in the years to come.

There was a time back in the olden days when this game was considered a rivalry. It is no more than an SEC Championship walkthrough in Atlanta for the Bulldogs on Saturday.

This year’s winner of the FSU-Florida game becomes bowl eligible. Dan Mullen will be watching this game from the bank while he cashes his $12 million check he received for not doing a good enough job to be the coach of the Gators. Welcome to America, college football fans.

I felt Auburn would win this game for much of the season. Then Bo Nix was knocked out for the remainder of the season as Auburn gave up 40 unanswered point to Mississippi State and losing to South Carolina last week.

With that being said, I don’t see Alabama covering the 19.5-point spread. The ‘Tide hasn’t won at Jordan-Hare since 2015. Come to think of it, Nick Saban has only won at Auburn three times since arriving in Tuscaloosa in 2007. Only once did they win by more than 20 points.

Alabama wins, but the raucous Jordan-Hare crowd will create enough havoc to keep this game way closer than any ‘Bama fan would enjoy.

Tennessee knows how to score points and can do it pretty much on command. Vanderbilt will not have a fun trip to Knoxville this weekend.

It’s been about two or three weeks, so we are due for a head-scratcher from both LSU and Texas A&M. Texas A&M loves losing games they shouldn’t and LSU has proven to be way better than they should be at times this year.

Get your head scratchers ready.

A Kentucky win will put the Wildcats in position to win 10 games in a season for the second time in four years. Mike Stoops is good… and Kentucky would do themselves a favor by locking him into a long-term contract very soon. Otherwise, LSU or Florida could come calling.