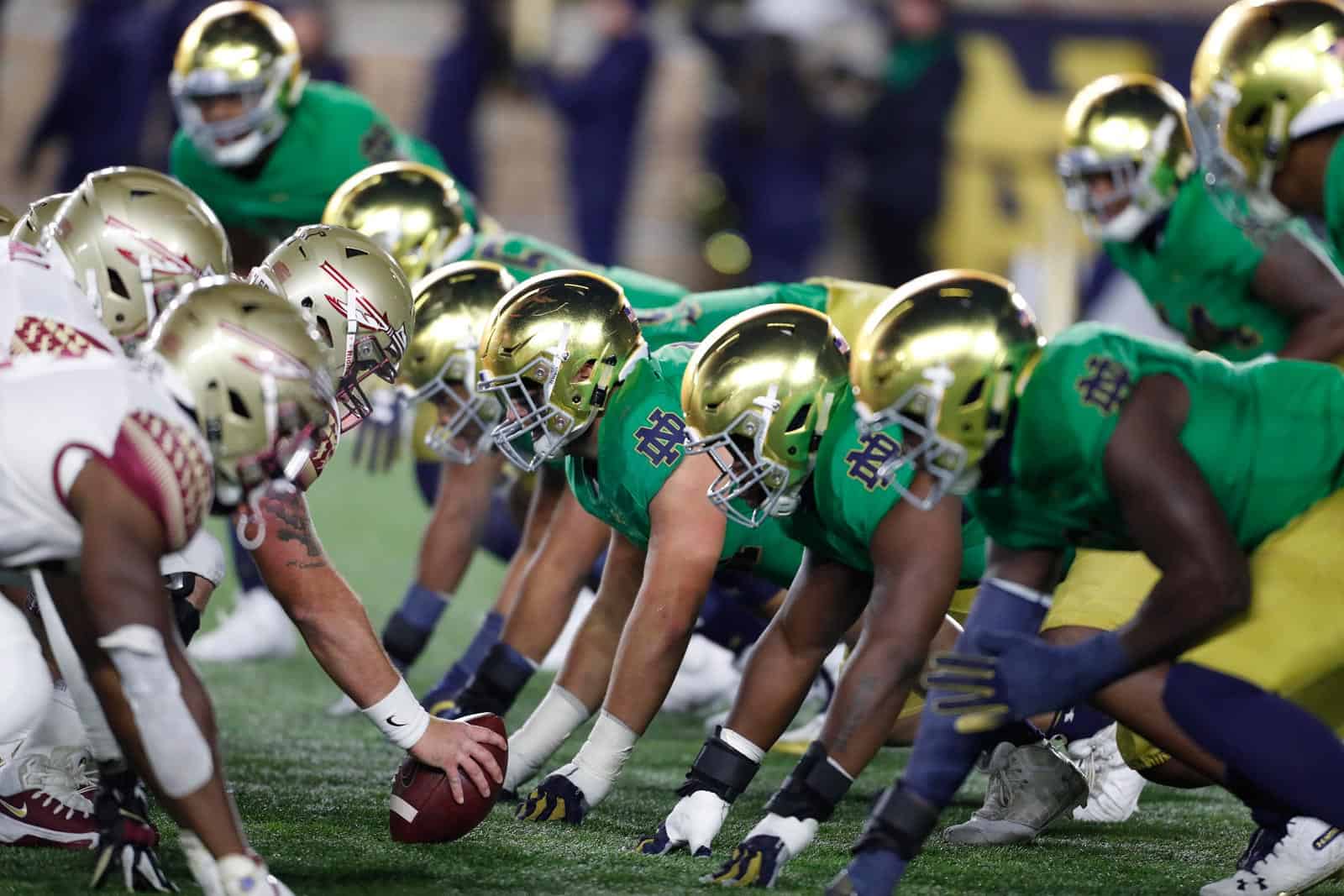 The 2021 Notre Dame Fighting Irish at the Florida State Seminoles football game has been moved from Labor Day to Sunday, the Seminoles have announced.

The game, previously scheduled for Monday, Sept. 6, will now be played on Sunday, Sept. 5 and will presumably be broadcast nationally in primetime via an ABC or ESPN network.

Notre Dame will be making their first trip to Bobby Bowden Field at Doak S. Campbell Stadium in Tallahassee, Fla., since falling to the Seminoles 31-27 in 2014. The two schools have met nine times on the gridiron and Florida State currently leads the overall series 6-3.

Florida State’s three remaining non-conference games in 2021 have already been announced. The Seminoles are scheduled to host Jacksonville State on Sept. 11 and UMass on Oct. 23 before traveling to take on in-state rival Florida in Gainesville on Nov. 27.

In ACC action in 2021, Florida State is slated to host Louisville, Miami (FL), NC State, and Syracuse and travel to Boston College, Clemson, North Carolina, and Wake Forest. Dates for these contests will likely be announced in January of 2021.

Probably Louisville-Ole Miss. It’s the second of two Chick-fil-A Kickoff games (Alabama-Miami is the other).

Not sure what is behind this, but a pretty nice matchup for the Sunday of Labor Day weekend.