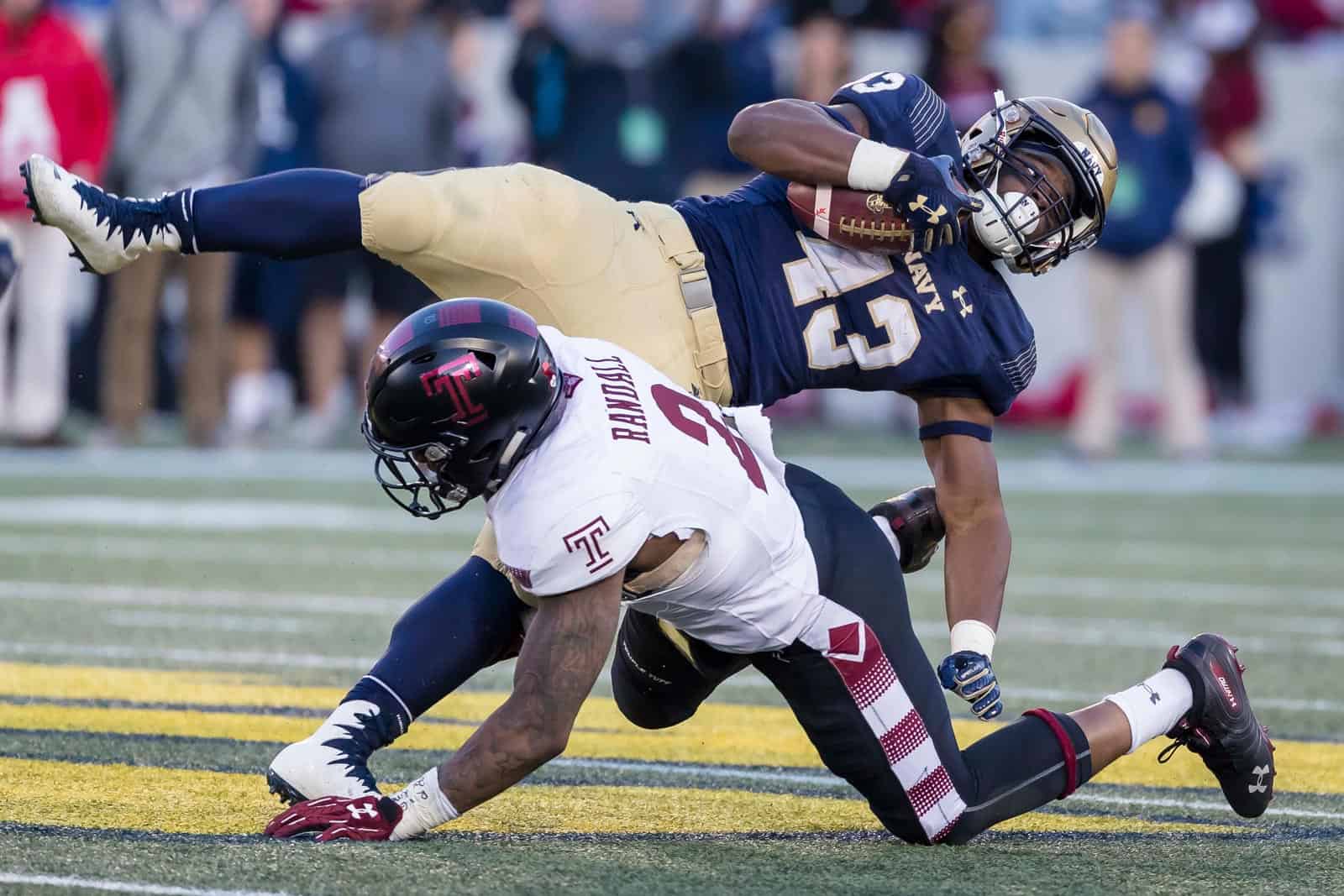 The 2020 Temple Owls at Navy Midshipmen football game has been moved to Saturday, October 10, it was announced on Tuesday.

The game, previously scheduled for Saturday, Sept. 26, will be played at Navy-Marine Corps Memorial Stadium in Annapolis, Md. The game will be televised by CBS Sports Network and the kickoff time will be announced at a later date.

The Temple-Navy game was postponed due to the ongoing novel coronavirus 2019 (COVID-19) pandemic.

Temple and Navy, both members of the American Athletic Conference, first met on the gridiron in 1988 and have squared off a total of 14 times. The Owls have won three consecutive games in the series and currently hold a two-game advantage, 8-6.

Temple only has eight games scheduled for this season. The Owls will play eight American Athletic Conference contests and have no non-conference opponents remaining on their slate. Games at home against Idaho and Rutgers and on the road at Miami (FL) and UMass were all canceled.

Temple’s first contest of the season remains at Navy, although that game will not be played for another month.

Navy kicked off their 2020 campaign with a 55-3 blowout loss at the hands of the BYU Cougars in primetime on Labor Day. The Midshipmen will be off this coming weekend before traveling to take on the Tulane Green Wave on Saturday, Sept. 19.

Just an FYI, the links provided take you to Tulsa and OK St’s future schedules.