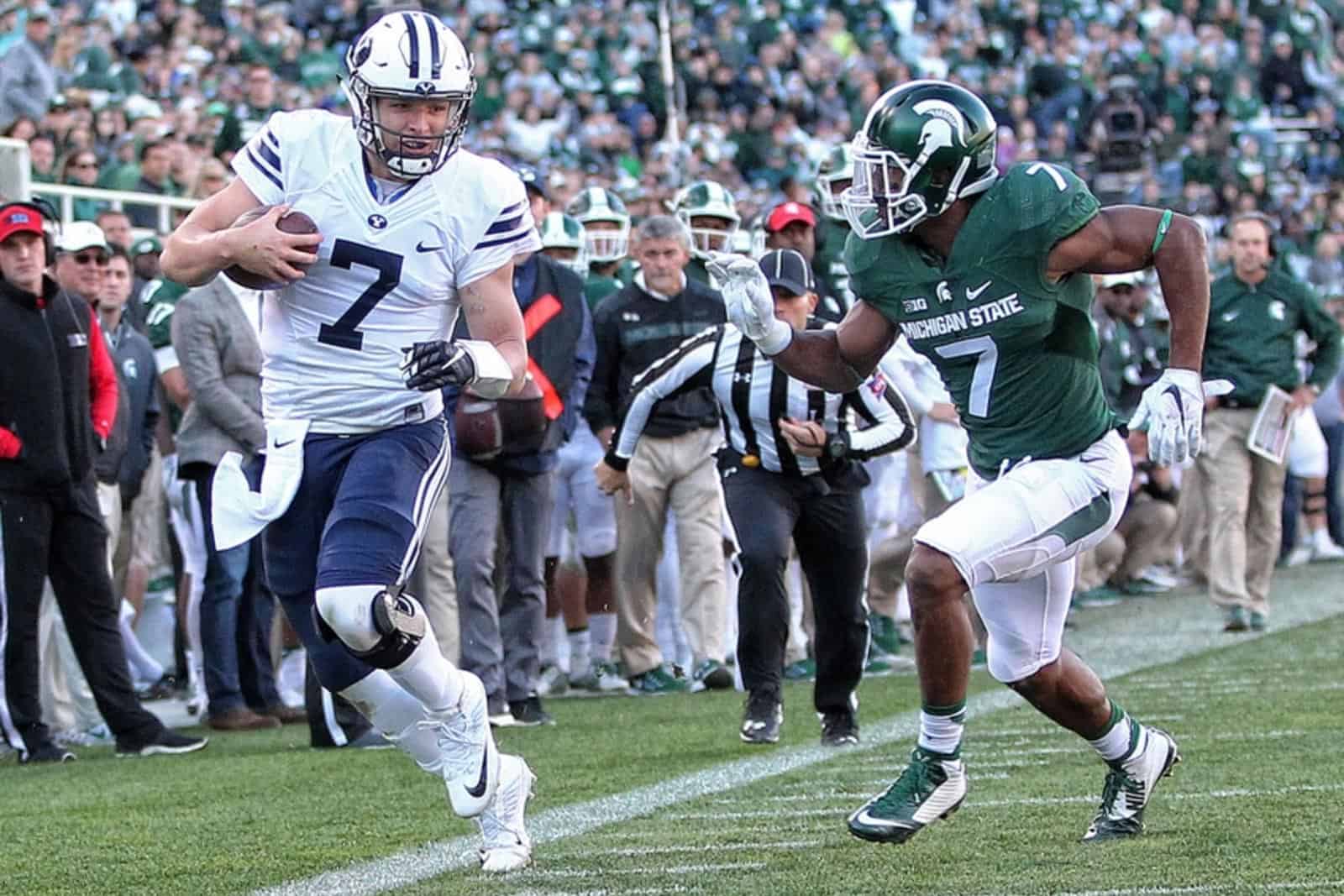 The Michigan State Spartans and the BYU Cougars have agreed to reschedule their postponed football game in 2020 to the 2032 season, MSU has announced.

BYU was previously scheduled to host Michigan State on Saturday, Sept. 12, 2020, but the game was canceled due to the novel coronavirus 2019 (COVID-19) pandemic.

The Cougars will now host the Spartans at LaVell Edwards Stadium in Provo, Utah, on Saturday, Sept. 11, 2032. The game will be the second of a home-and-home series that began in East Lansing, Mich., in 2016. BYU won that contest 31-14, which was the first-ever meeting between the two schools.

The second and final game of the BYU-Michigan State series will now take place 16 seasons following the playing of the first game. Last week, Missouri announced that their canceled game against BYU in 2020 was rescheduled for the 2035 season. That means the series will now conclude 20 seasons after the first game was played in 2015.

Michigan State is now the third scheduled non-conference opponent for BYU’s 2032 football schedule. The Cougars are also scheduled to host the Boise State Broncos on Sept 25 and the Army Black Knights on a date to be announced.

BYU is the first scheduled non-conference opponent for the Michigan State Spartans in 2032.

No time to plan for the future like the present. Who knows where Conference alignments will be by then.

The Big 10 reinstated FCS games shortly after disallowing them.

I appears Michigan State is only playing road games in even-numbered years after this season, presumably to ensure they have seven home games per season. 2032 is the first even-numbered year they didn’t already have a road game scheduled.