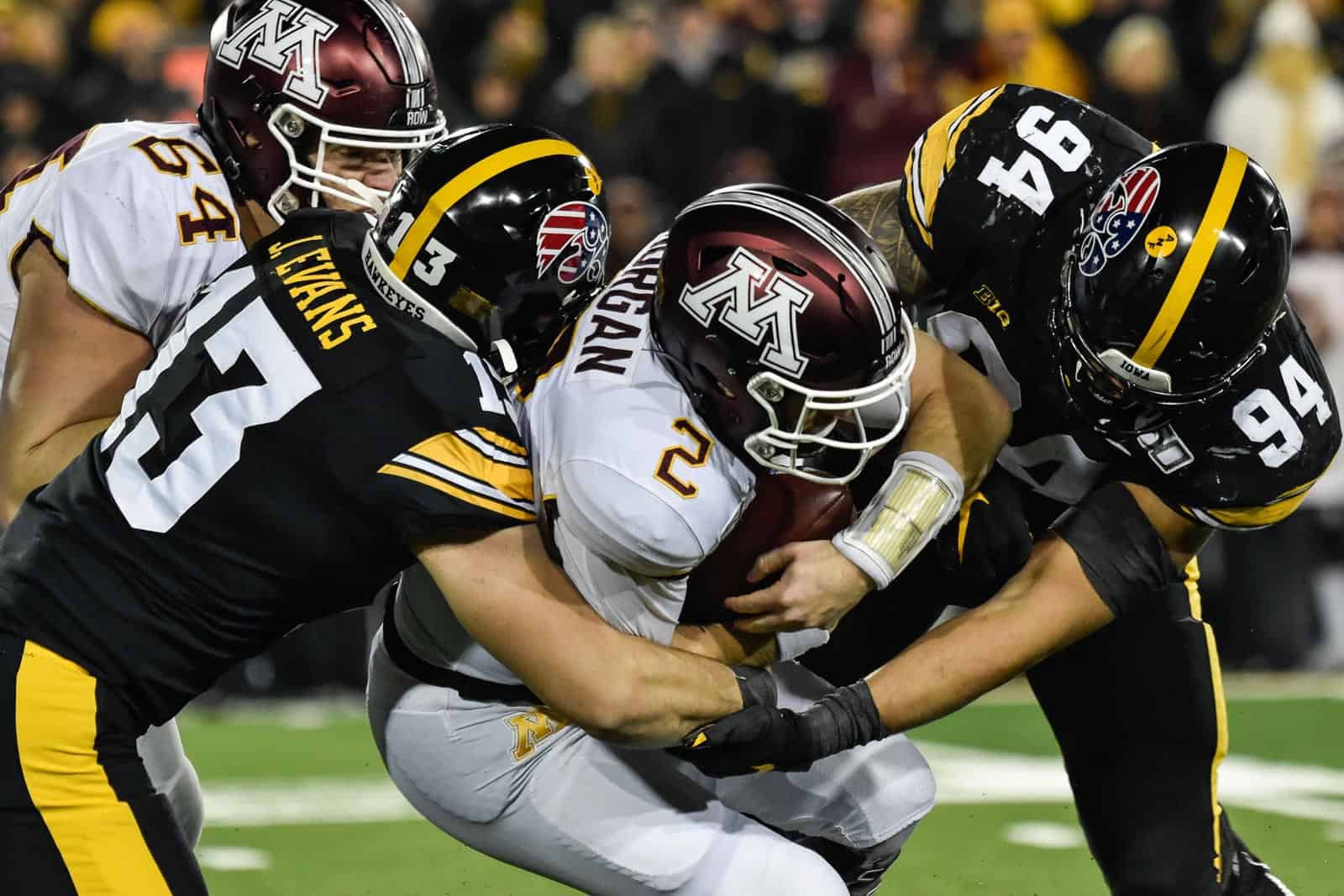 The 2020 Iowa Hawkeyes at Minnesota Golden Gophers football game has been moved to Friday, September 18, Minnesota announced on Friday.

The game, originally scheduled for Saturday, September 19, will be played at TCF Bank Stadium in Minneapolis, Minn., and will be the Big Ten Conference opener for both schools.

The Golden Gophers and Hawkeyes first met on the gridiron in 1891 and have played a total of 113 contests. In their most recent contest on Nov. 16, 2019, the Hawkeyes defeated the Golden Gophers 23-19 in Iowa City for their fifth consecutive win in the series. However, Minnesota still leads the overall series 62-49-2.

Minnesota is scheduled to open the 2020 season on Thursday, Sept. 3 against the Florida Atlantic Owls at TCF Bank Stadium. Other non-conference opponents include the Tennessee Tech Golden Eagles and the BYU Cougars, both in Minneapolis.

Big Ten opponents for Minnesota in 2020 include Iowa, Michigan, Purdue, and Northwestern at home and Maryland, Wisconsin, Illinois, Michigan State, and Nebraska on the road.

Iowa is slated to open their 2020 schedule at home at Kinnick Stadium in Iowa City against the Northern Iowa Panthers on Saturday, Sept. 5. The Hawkeyes also host the Iowa State Cyclones and the Northern Illinois Huskies in non-conference action.