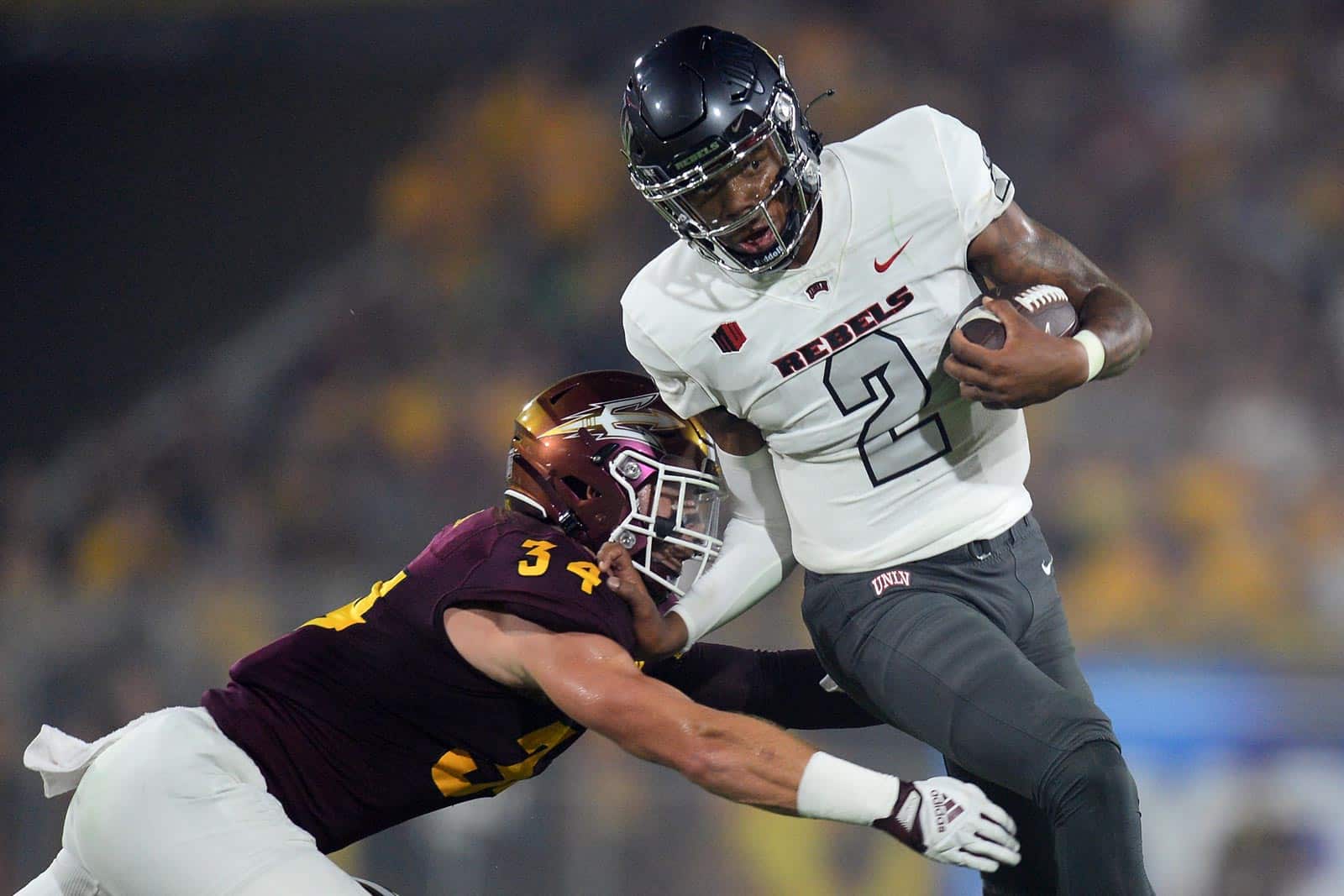 The Arizona State Sun Devils and the UNLV Rebels have mutually agreed to reschedule their football game in 2020 to the 2027 season, FBSchedules.com has learned.

Arizona State was previously scheduled to travel to play UNLV on Saturday, Sept. 12, 2020, but the game was canceled due to the novel coronavirus 2019 (COVID-19) pandemic.

The Sun Devils will now travel to face the Rebels at Allegiant Stadium in Las Vegas, Nevada, on Saturday, Sept. 18, 2027, according to a copy of the contract amendment obtained from the University of Nevada, Las Vegas via a state public records request.

The rescheduled game in 2027 is part of a home-and-home series that began with Arizona State hosting UNLV earlier this season on Sept. 11 at Sun Devil Stadium in Tempe, Ariz. The Sun Devils defeated the Rebels in that contest, 37-10.

In their only other gridiron meeting, the Rebels defeated the Sun Devils 23-20 in Tempe in 2008.

With the Arizona State game rescheduled for 2027, UNLV now has two scheduled non-conference opponents set for that season. The Rebels are also slated to host the UTSA Roadrunners on Sept. 25.

Arizona State now has three non-conference opponents set for 2027. In addition to UNLV, the Sun Devils are set to host the Texas A&M Aggies on Sept. 11 and the San Diego State Aztecs on a new date to be determined (was Sept. 18).