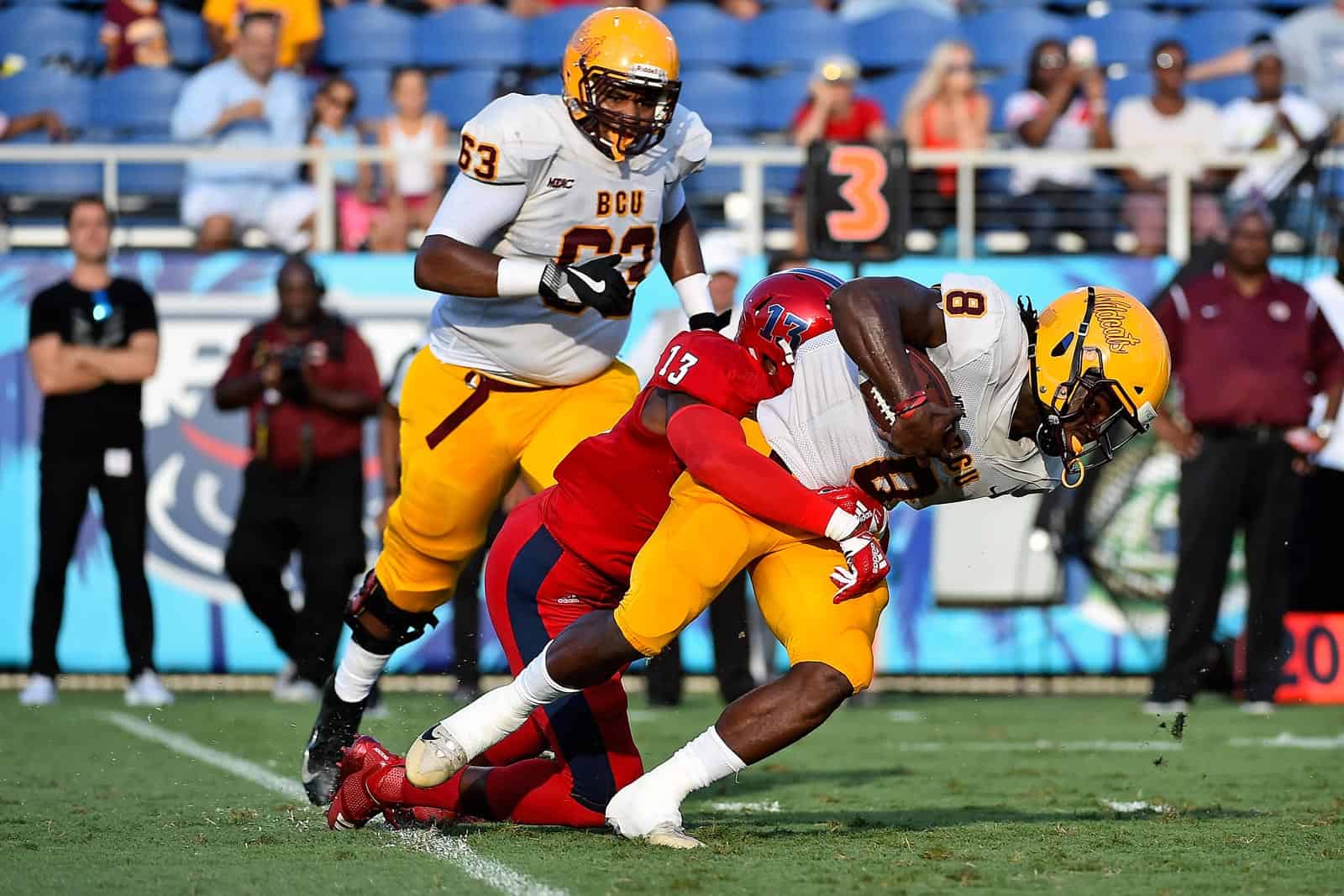 The 2019 Southeastern Louisiana at Bethune-Cookman football game has been canceled due to Hurricane Dorian, it was announced on Monday.

Southeastern Louisiana and Bethune-Cookman were scheduled to play at Municipal Stadium in Daytona Beach, Fla., on Saturday, Sept. 7 at 4:00pm ET. But with Dorian headed for The Sunshine State, the game was called off.

“With the threat of Hurricane Dorian bearing down on the entire east coast, and the danger and damage from this catastrophic and historic storm already being reported, the university is closed all week,” Bethune-Cookman University Vice-President for Intercollegiate Athletics, Lynn W. Thompson said. “In the best interest of public safety we felt the need to make this decision promptly so that our fans, supporters and the visitors from Southeastern Louisiana could also make the adjustments in their travel plans. After consultation with our public safety officials, we understand that the priority is on more important things in our community than a football game and we support that.”

Southeastern’s release stated that the game with B-C will not be rescheduled. Bethune-Cookman University will “…provide updates of a rescheduled game if one is reached.”

“After discussions with their officials, we can certainly understand Bethune Cookman’s decision to cancel the game,” Southeastern Director of Athletics Jay Artigues commented. “The safety of student-athletes, coaches and fans has to be the first priority.”

Bethune-Cookman opened the 2019 season with a 36-15 win over Jackson State in the MEAC/SWAC Challenge at Georgia State Stadium in Atlanta, Ga. Their next scheduled game is at the Miami Hurricanes on Saturday, Sept. 14 (4:00pm ET, ACC Network).

Southeastern Louisiana opened their season with a 35-14 home upset victory over the Jacksonville State Gamecocks. SLU is next scheduled to play at the Ole Miss Rebels on Saturday, Sept. 14 (4:00pm ET, SEC Network Alternate).