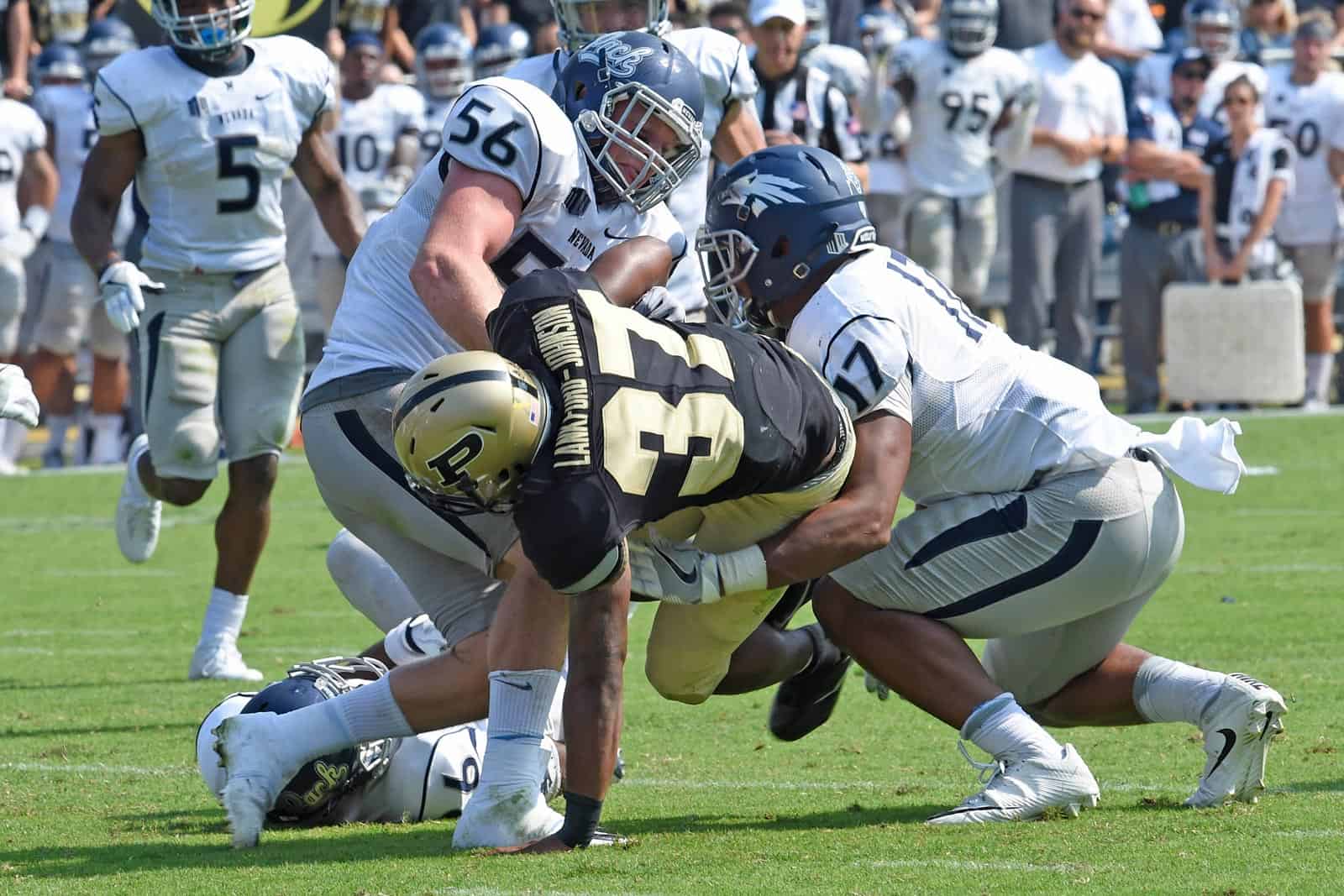 The 2019 Purdue Boilermakers at Nevada Wolf Pack football game has been moved up one day to Friday, Aug. 30, both schools announced on Tuesday.

The game, previously scheduled for Saturday, Aug. 31, will be played at Mackay Stadium in Reno, Nevada. Kickoff time and television coverage will be announced at a later date.

The 2019 Purdue-Nevada game is the second game of a home-and-home series that began back in 2016 at Ross-Ade Stadium in West Lafayette, Indiana. Purdue defeated Nevada 24-14 in that contest, which is the only meeting between the two schools on the gridiron.

With the Purdue-Nevada game move, the college football schedule for Friday, Aug. 30 now includes eight games in the Football Bowl Subdivision (FBS). The season kicks off on Saturday, Aug. 24 (Week Zero), and there are 12 FBS games set for Thursday, Aug. 30.

Purdue’s 2019 Spring football game is set for Saturday, April 6 at 12:00pm ET, with television coverage by the Big Ten Network.