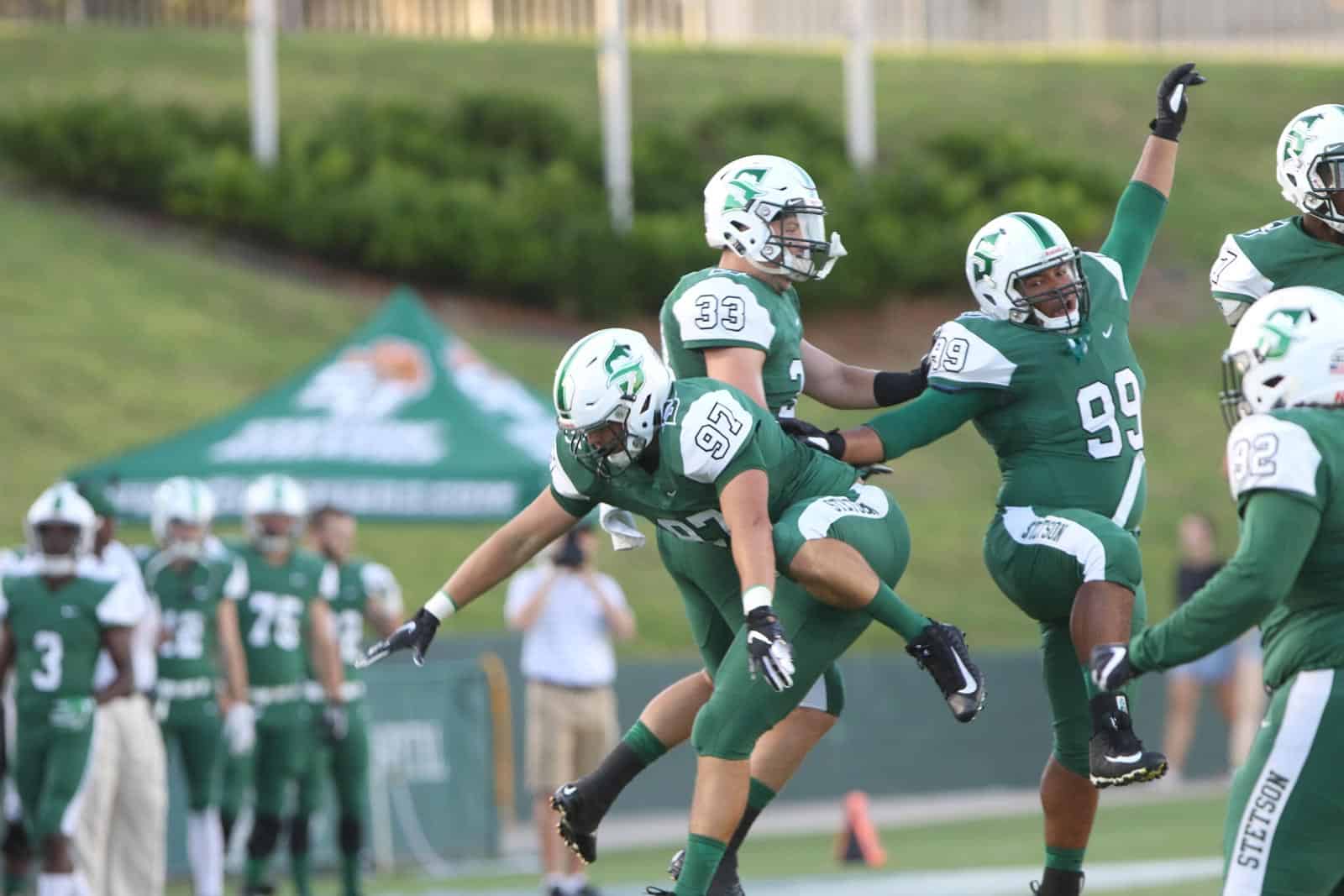 The game was canceled due to the threat of Hurricane Dorian and will not be rescheduled. Dorian is expected to make landfall in Florida on Labor Day and could be a Category 4 Hurricane at that time.

“With the entire east coast of Florida in the potential impact zone for this storm, we felt it only prudent for the safety of our student-athletes, staff and fans, as well as the travel party from Presbyterian, to cancel the game,” Stetson University Director of Athletics Jeff Altier said.

“It is also important for us to understand that tying up critical emergency resources by playing a football game in the face of an approaching storm is not the kind of thing we should be doing as members of this community.”

The status of Stetson’s home game against Louisiana College on Saturday, September 7 “…will be determined after the threat from Hurricane Dorian has passed.”

Presbyterian is scheduled to be off on Saturday, Sept. 7. Their next contest, and now season-opener, will be Saturday, Sept. 14 at home against the Jacksonville Dolphins.

The threat of Hurricane Dorian also forced the move of the Florida State-Boise State game from TIAA Bank Field in Jacksonville, Fla., back to its originally schedule location on the campus of Florida State University at Doak Campbell Stadium.

Florida State-Boise State will now begin at 12:00pm ET on ESPNews. As a result of that change, two other games changed networks. Georgia at Vanderbilt (7:30pm ET) will now be on ESPN, while Georgia Southern at LSU (7:30pm ET) will be televised by the SEC Network.

It is a travesty to cancel college football games. They need to be played.