Florida State-Boise State moved to Tallahassee due to Hurricane Dorian 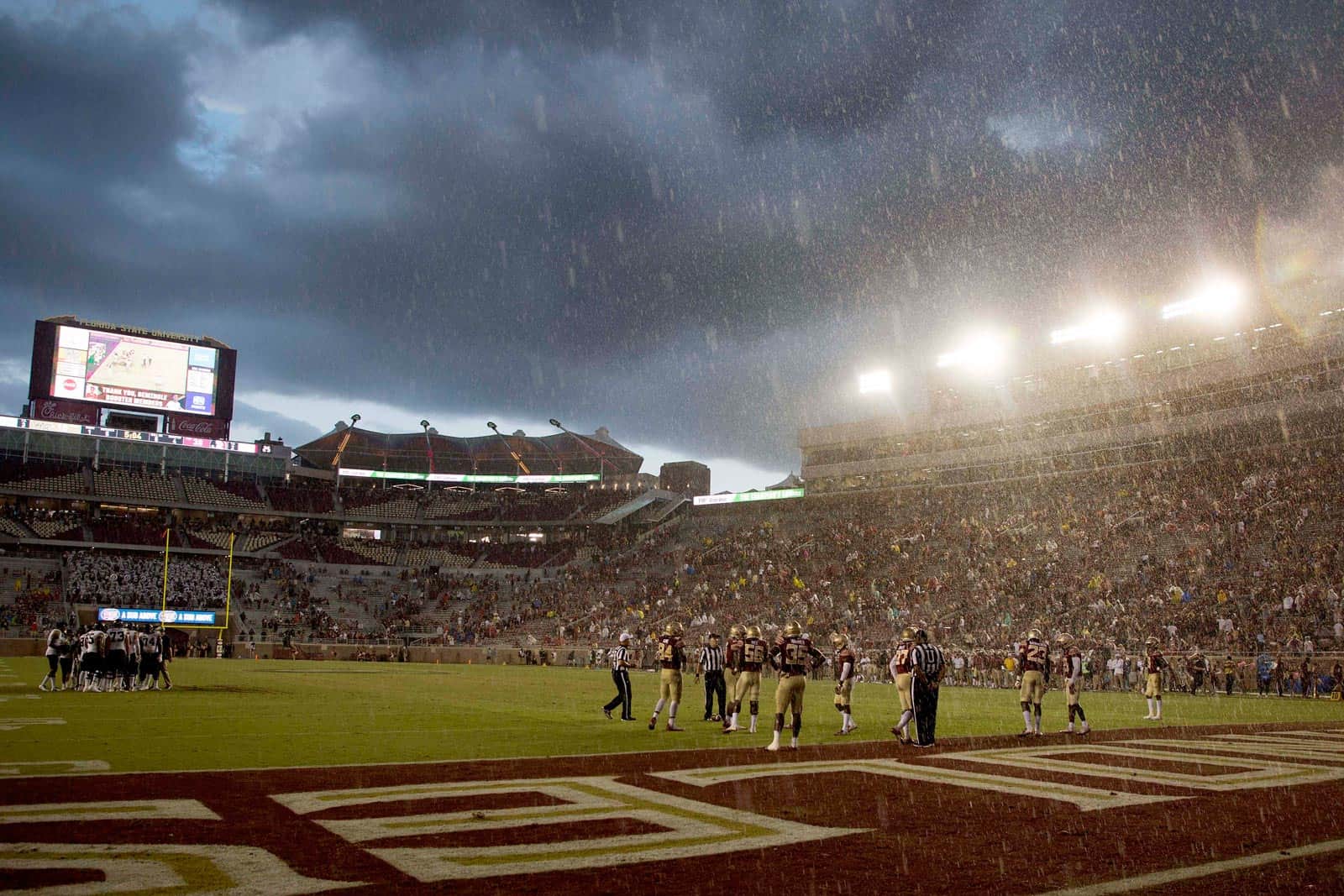 The Florida State-Boise State football game scheduled for Saturday, August 31 has been moved to Tallahassee, Fla., due to the threat of Hurricane Dorian, per the Tallahassee Democrat.

The game will now be played on campus at Florida State’s Doak Campbell Stadium, and the game will be televised by ESPNews at 12:00pm ET/10:00am MT.

Hurricane Dorian is expected to make landfall in Florida on Labor Day and could be a Category 4 Hurricane at that time.

“After consulting with emergency responders, law enforcement and hurricane preparedness teams at the state and local level, moving the game is the best option given the information we have at this time,” said FSU Director of Athletics David Coburn.

“We regret having to move the venue in particular because of the tremendous work that the City of Jacksonville has invested in this event. They have been great partners, and we are disappointed that the game had to be moved.  Our fans were very much looking forward to the experience.”

The Florida State Seminoles and the Boise State Broncos signed a home-and-home football series agreement back in 2013. The series was initially set to begin in Tallahassee before being moved to TIAA Bank Field in Jacksonville, Fla.

Florida State is scheduled to travel to take on Boise State next season at Albertsons Stadium in Boise, Idaho, on September 19, 2020.

At present, no additional Football Bowl Subdivision (FBS) college football games in Florida are expected to be affected by Dorian. The UCF Knights host the Florida A&M Rattlers on Thursday night, while the USF Bulls welcome the Wisconsin Badgers to Tampa on Friday evening.

The FIU Panthers and the Florida Atlantic Owls are both on the road in Week 1. FIU plays at the Tulane Green Wave on Thursday night and Florida Atlantic travels to take on Ohio State on Saturday.

In the Football Championship Subdivision (FCS), the Stetson Hatters home game on Saturday, August 31 against the Presbyterian Blue Hose will likely be affected. No announcement on the game has been made, but classes have been canceled from Saturday, Aug. 31 through Tuesday, Sept. 3.

The Jacksonville Dolphins play at the Richmond Spiders on Thursday evening, while the Bethune-Cookman Wildcats play Jackson State on Sunday, September 1 in Atlanta, Ga.