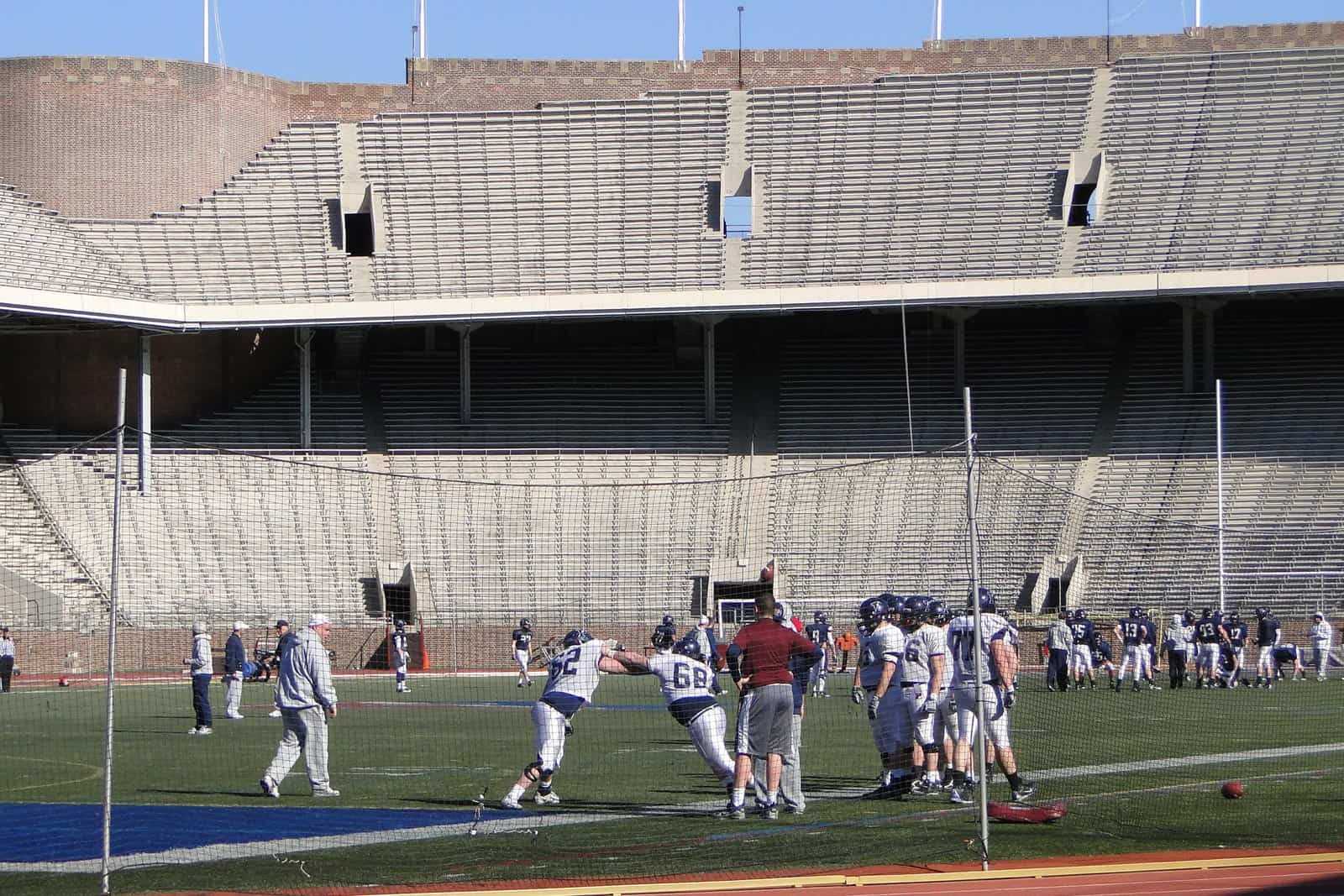 The 2019 Penn Quakers football schedule has been released, which includes five home games at Franklin Field in Philadelphia, Pennsylvania.

The complete schedule was reported by The Daily Pennsylvania, the independent daily student newspaper of the University of Pennsylvania.

Penn will open the 2019 season with back-to-back non-conference games on the road. The Quakers will play at the Delaware Blue Hens on Sept. 21 and at the Lafayette Leopards on Sept. 28.

The Quakers open their home schedule and Ivy League play on Oct. 5 at Franklin Field against the Dartmouth Big Green. The following week on Oct. 12, Penn hosts the Sacred Heart Pioneers in their final non-conference contest of the season.

The Sacred Heart at Penn game was previously unreported.

Penn then heads out for consecutive Ivy League games on the road, beginning at the Columbia Lions on Oct. 19. Penn then visits the Yale Bulldogs on Oct. 26.

The Quakers return to Philadelphia to host back-to-back contests at Franklin Field, first against the Brown Bears on Nov. 2 and then against the Cornell Big Red on Nov. 9.

Penn travels to take on the Harvard Crimson on Nov. 16. The Qaukers wrap up their 2019 schedule the following week on Nov. 23 at home against the Princeton Tigers.

Penn finished the 2018 season 6-4 overall and 3-4 in Ivy League play. The Quakers last claimed the Ivy League championship in back-to-back seasons in 2015 and 2016.