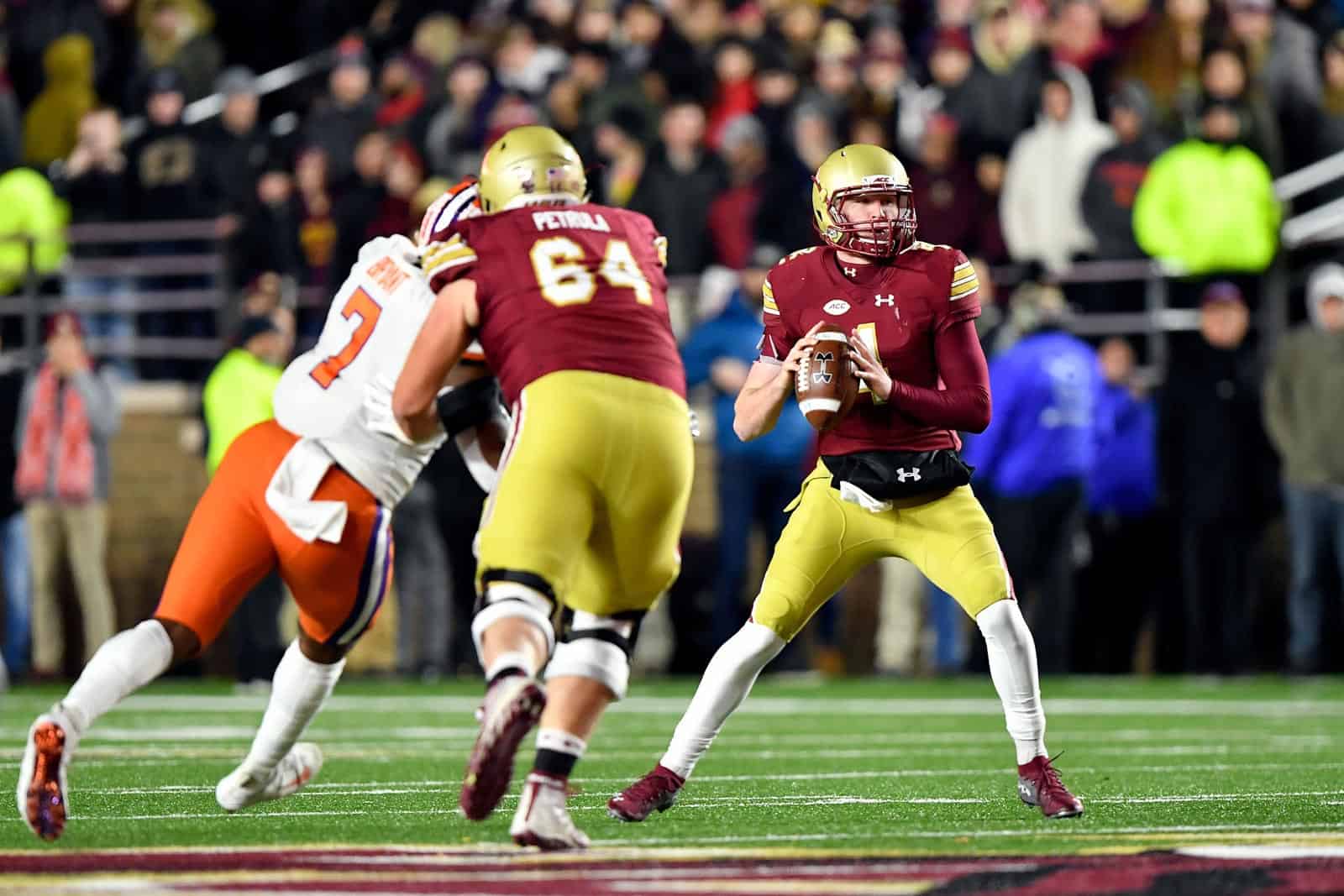 The 2019 Kansas Jayhawks at Boston College Eagles football game has been moved up one day to Friday, September 13, both schools announced on Tuesday.

The game, originally scheduled for Saturday, September 14, will be played at Alumni Stadium in Chestnut Hill, Massachusetts, and will likely be televised nationally.

The 2019 contest between Boston College and Kansas is the first of a home-and-home series that concludes at Memorial Stadium in Lawrence on Sept. 19, 2020. The 2019 contest will also mark the first-ever meeting between the two schools on the gridiron.

Boston College is slated to open the 2019 season at home against the Virginia Tech Hokies on Saturday, August 31. The Eagles host the Richmond Spiders in Week 2 prior to playing Kansas.

Kansas, now led by former LSU head coach Les Miles, opens the 2019 season with back-to-back games at home before they travel to take on Boston College. The Jayhawks host the Indiana State Sycamores on August 31 and the Coastal Carolina Chanticleers on September 7.