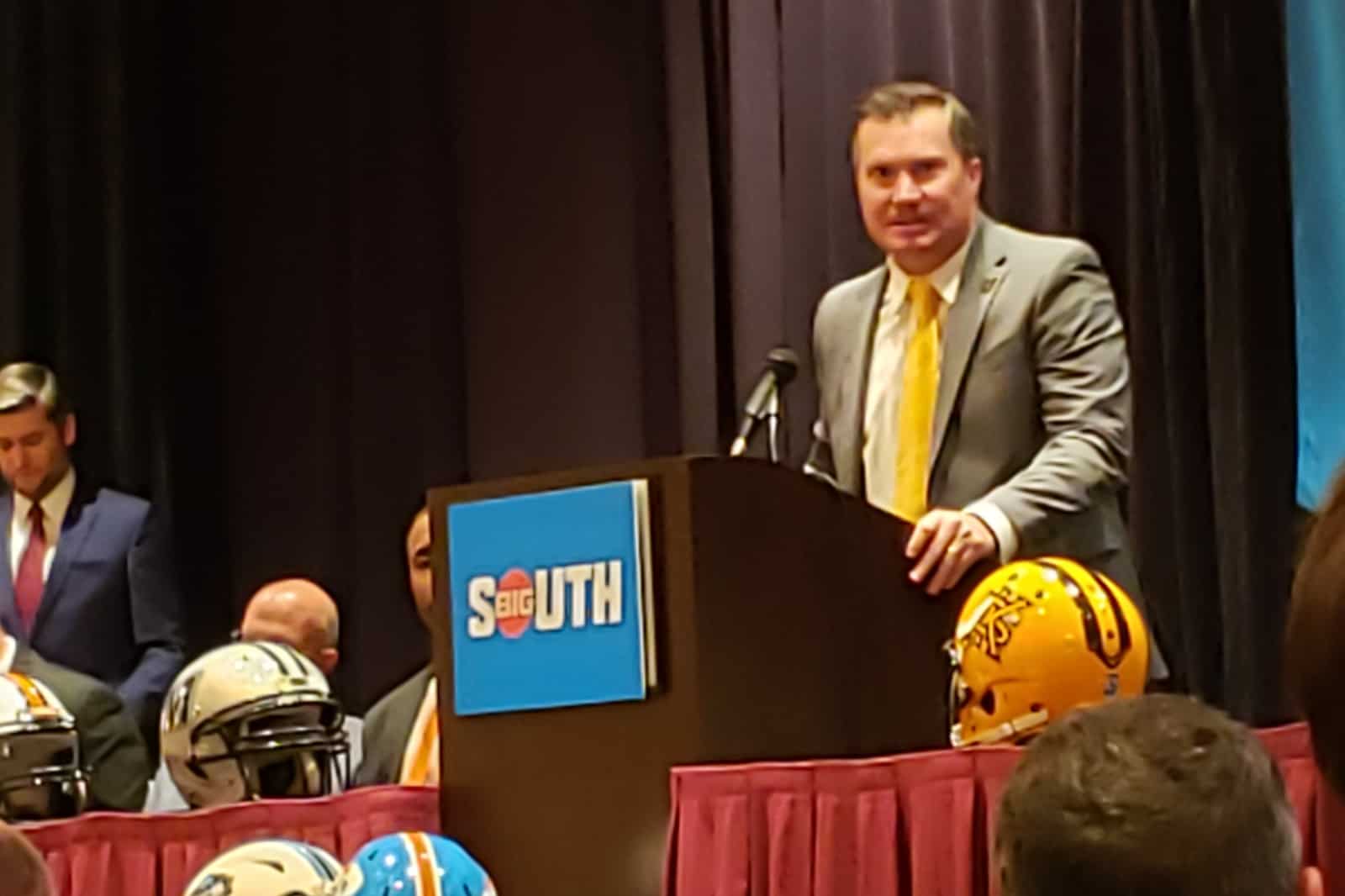 CHARLOTTE, N.C. — Those familiar with the Big South Conference hierarchy saw a name atop the preseason poll that could hardly have been shocking.

Kennesaw State received 14 of 20 preseason first-place votes to make itself the favorite to win a third-straight Big South football crown. The Owls, winners of their last 10 conference contests, enter the year with a number of new faces, but the same lofty expectations. Kennesaw State finished last season 11-2 (5-0 Big South), knocking off Wofford in the second round of the FCS playoffs before falling, 27-17, to fifth-seeded South Dakota State.

“It’s a new team. It’s a new group of young men that are gonna try to come together with a lot of blood, sweat, and tears to be the best they can be on every Saturday,” said Kennesaw State coach Brian Bohannon in remarks to the media. “We’ve got a lot of new faces on our football team, with 10-of-11 starters gone on offense, [and] a new defensive staff. The standard hasn’t changed, the goals haven’t changed, but there will be some faces that have changed. We’re awfully excited about the 2019 season.”

Star quarterback Chandler Burks is one of those 10 missing offensive faces, having graduated after a year in which he accounted for 39 total touchdowns. Redshirt-senior Daniel David will take over under center for Burks, and will helm the Owls’ triple option attack. Redshirt-junior linebacker Bryson Armstrong guides the Owls on defense, having recorded 75 tackles (10 for loss) in the 2018 season.

Armstrong received 17 first-place votes to earn the league’s Preseason Defensive Player of the Year honors for the second year in a row, with Monmouth quarterback Kenji Bahar receiving 17 votes to take home Preseason Offensive Player of the Year plaudits. The redshirt-senior signal-caller set a school record through the air last season, throwing for 2,626 yards in a year in which he broke the 300-yard mark of total offense on three separate occasions.

The Big South begins play Thursday, August 29, with Gardner-Webb traveling to Charlotte and North Alabama hosting Western Illinois. The Runnin’ Bulldogs season-opener in the Queen City marks one of seven contests the league will feature against FBS foes.

Note: points are based on a weighted system, with first-place votes receiving 7 points, followed by 6 points for second-place, and so on.