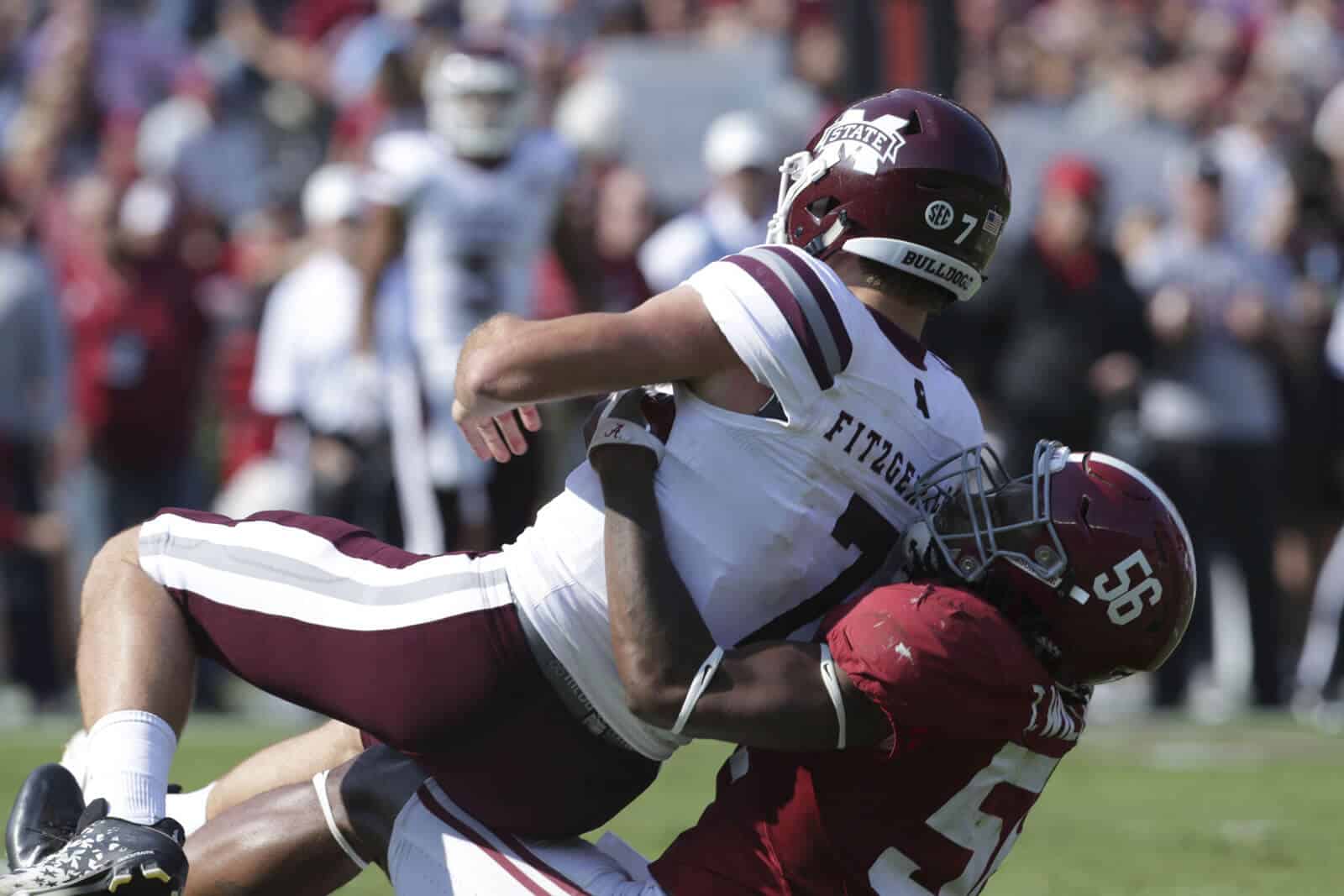 All seven games in Week 11 are SEC vs. SEC battles. The SEC Championship Game is already set with Alabama hoping to prevent Georgia from repeating as SEC Champs.

I will spare y u the j kes ab ut LSU keeping anything resembling an “0” in Bat n R uge. Those are n t j kes. They are classless and not very well th ught  ut remarks made by pe ple that sh ut R ll Tide.

A word of wisdom: The winner of this game will improve to 2-4 in the SEC. The loser will more than likely fall to 1-5.
PREDICTION: Missouri 31, Vanderbilt 17

A word of wisdom: Florida’s good fortunes are beginning to wear thin as the season nears its final three weeks. Whatever positive strides Feleipe Franks made at quarterback early in the season were quickly erased over the past two weeks. The Gators are coming off two consecutive losses in the state of Florida and the train may be travelling too fast off the rails to get the season back on track before they close the season with Idaho and Florida State. Honestly, I’m not sure which of those two final opponents will pose the biggest threat to Florida’s bowl chances.

South Carolina is about as mediocre as one team can be. That’s not a shot at the Gamecocks, but it’s not a heap of praise either. They are neither hot or cold, so much of the college football world spews this lukewarm team from their mouths.

Florida has been both hot and cold in 2018 and the temperature in Gainesville at this point of the season is sub-zero. Although lukewarm is not ideal, it’s dang near tropical on the Gamecocks sideline, relatively speaking.
PREDICTION: South Carolina 28, Florida 17

A word of wisdom: Don’t tell us seasoned SEC fans that Jimbo Fisher doesn’t understand Texas A&M history and tradition. He has led this team to a strong September and turning a promising October and November into a woefully disappointing letdown as well as any coach that has come before him.

Ole Miss plays entertaining football, even in losses. The Rebels will be fun to watch in this game and could pull the upset over an Aggies team that blew a 10-point lead at Jordan-Hare Stadium and lost to a struggling Auburn program that is answering questions about its head coach’s future with the team in early November. Teams giving statements on the coach’s future at this point of the season are rarely accused of getting out-choked by an opponent, but A&M pulled it off last Saturday afternoon

Ole Miss will score a few points and so will A&M. This will be a fun and entertaining lead-in to the Mississippi State-Alabama game.
PREDICTION: Ole Miss 48, Texas A&M 42 OT

A word of wisdom: Will Alabama suffer a letdown coming off a 29-0 shutout win over LSU? It’s possible, but doubtful. No one in Tuscaloosa will soon forget how close Mississippi State came from upsetting No. 1 Alabama in Starkville last year. This year’s game will be in Tuscaloosa and will include a quarterback named Tua.

Nick Fitzgerald is dynamic enough to make plays against Alabama, but he’s also fragile enough to be prone to an injury against a defense like Alabama’s. Not to mention Tua Tagovaiola’s suspect knee and the fact that Mississippi State’s front seven is arguably better than LSU’s. At the end of the day, the scoreboard will favor Alabama.
PREDICTION: Alabama 66, Mississippi State 7

A word of wisdom: The over/under on this game is about 42 points. Vegas is basically saying, “Ain’t nobody playing offense Saturday night in Knoxville.” They are probably correct.

There are not many teams that can have relations with a pooch as much as Kentucky does when it plays Tennessee. This should be Kentucky’s season to finally win in Knoxville and remove any remnants of the monkey that ended. I’m taking the Wildcats, but I won’t be surprised when Tennessee wins.
PREDICTION: Kentucky 23, Tennessee 13

A word of wisdom: Auburn was in the right place at the right time last week when Texas A&M was in the wrong place at the wrong time. It feels like Kirby Smart will have the Bulldogs ready to make haste with Auburn Saturday night in Athens.
PREDICTION: Georgia 34, Auburn 13

The College Football Playoff announced loud and clear to the country in this week’s rankings that they have all the feels for LSU. Even with two losses (the last being a shutout Saturday night at home to Alabama), LSU only fell four spots to No. 7 in the latest CFP rankings. I’m not sure if Alabama’s 29-0 win says more for Bama’s dominance or LSU’s ability to lose by “only” 29 to Alabama. Whatever the case may be, LSU kills Arkansas Saturday in Fayetteville.
PREDICTION: LSU 34, Arkansas 9